7 fun facts about the eastern rockhopper penguin, New Zealand’s next Bird of The Year 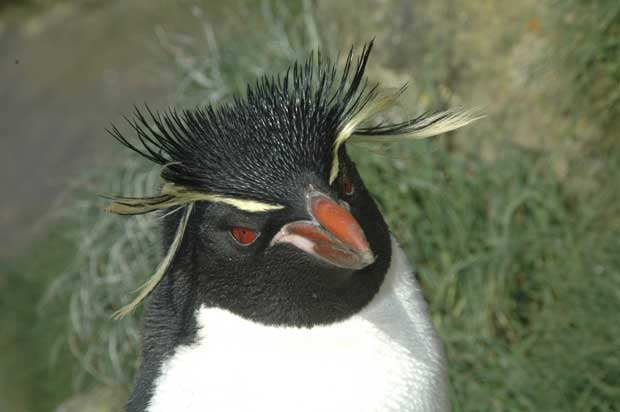 Meet the cute and sassy eastern rockhopper penguin and vote it Bird of the Year.

The eastern rockhopper penguin, a scrapper by nature, is fighting for survival. Severe population declines put it on the “nationally vulnerable” list. The most likely driver is food shortages caused by rising sea temperatures.

The rockhopper’s total population has dropped 30 per cent in 30 years =, and this signals significant changes in the marine ecosystem of the Southern Ocean.

On Campbell Island alone, the population of this small and sassy bird crashed from an estimated 620,000 pairs in 1942 to about 33,000 pairs now.

Even though a rockhopper can swim up to long distances in search of fish, squid, and krill, years when they cannot find enough food close to their colonies are seemingly becoming more common . With rockhopper parents needing to spend more time hunting for food away from their nests, their chicks are fed less and have lower chance of surviving. 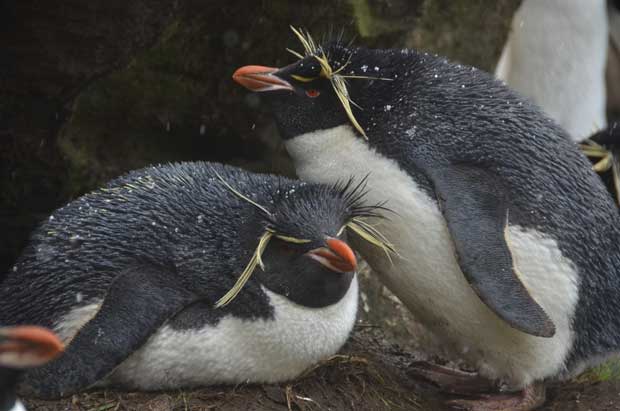 Punk hairdos aren’t just for people; the rockhopper stands out from the crowd thanks to a distinctive bright yellow crest of feathers, called a supercilium. The crest looks like a set of extravagant eyebrows and proves irresistible during the bird’s head-nodding courtship ritual.

Rockhoppers are named for their terrestrial form of travel. Lacking ice and snow for belly-sliding, they hold their feet together to bounce up on to rocks out of the water and over crevices on the shore. This ability to hop is important on the rocky coastal slopes of the subantarctic islands. 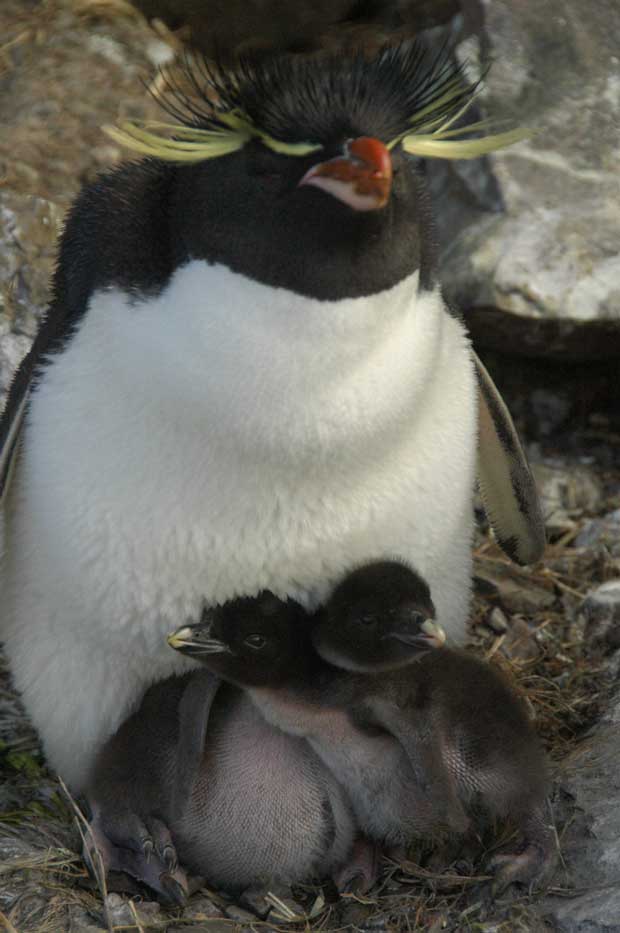 Rockhoppers are monogamous. A penguin proposal involves picking out the nicest rock, stick or available object and offering it along with the promise of shared parenting duties.

Males make the nests, which are grass- or pebble-lined scrapes on the ground or in small caves between boulders. A good nest is vital to attract a female and even though rockhoppers are migratory, many will return to the same nest each year. A bachelor may have to fight for his nest location and then will call out to the females to let them know he’s on the market. If a female is interested, she’ll call back. To bond, there are joint dance rituals and movements.

Rockhoppers lay two eggs and often the smaller one is eaten by skuas or abandoned after they larger one hatches. The male and female each take a shift incubating, but the female makes all of the daily chick feeding trips until the chick is about 3 weeks old. The male is playing an important role at this time in guarding the chick from predators and other penguins – all while fasting on shore. Groups of chicks then form creches and both parents make foraging trips until the chick goes to sea and is independent at about two months old. 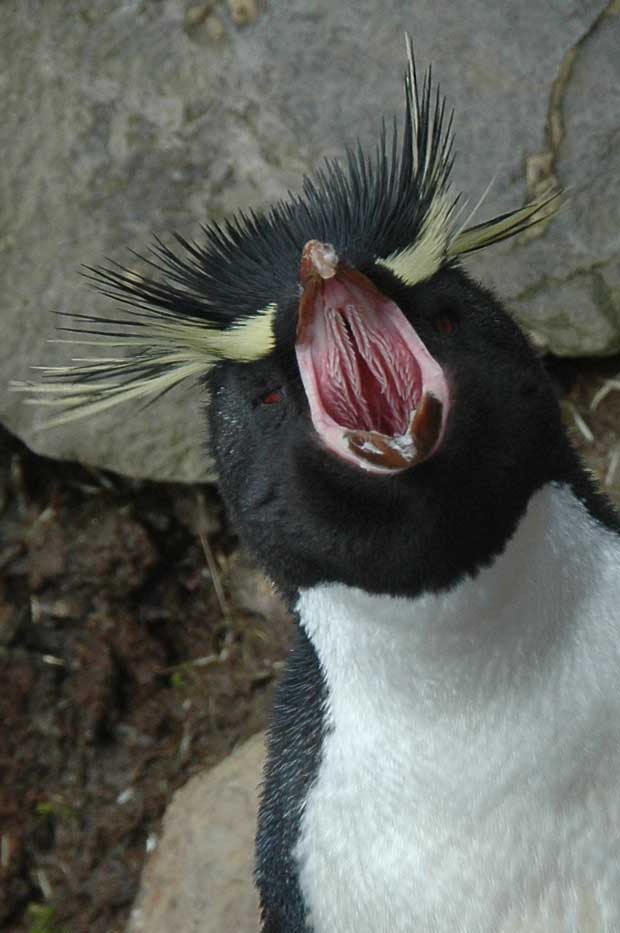 At just 45–55 centimetres in stature and weighing two to four kilogrammes, the eastern rockhopper is among the world’s smallest penguins and has a personality that is not quite as chilled as its habitat. The birds are a temperamental bunch, competing fiercely for partners, territory and the best nesting decorations. They are not easily intimidated by humans or by larger birds and animals. Rockhoppers incubating their eggs are especially defensive and will peck at (or slap) anything that comes too close. But in spite of their hostile attitudes, rockhoppers are very gentle with their partners and are often observed preening one another.

LIKES TO ROCK THE PARTY

Like all penguins, the rockhopper is very social. Colonies can be home to thousands of birds, and the penguins are almost always seen in groups. It is rare to see a lone rockhopper. Rockhoppers socialize with a variety of loud vocalizations and body movements including head-shaking, flipper waving, bowing, gesturing and preening. 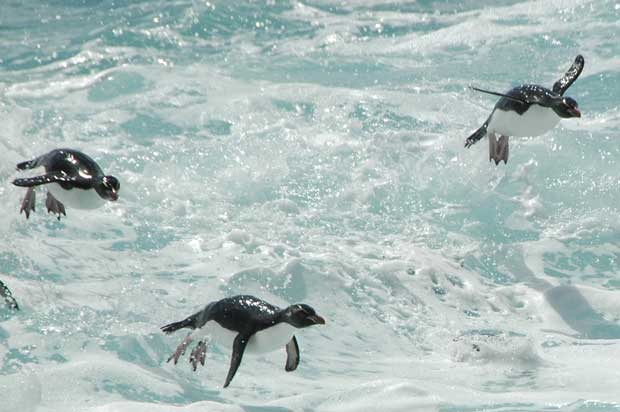 After the mating season, rockhoppers spend about a month at sea, regaining weight before spending another 3-4 weeks ashore moulting all of their feathers. The 5-6 months between completing moult and the start of the next breeding season are spent at sea, far from their breeding colonies. They’re speedy swimmers and and  can dive up to 100 metres for food. 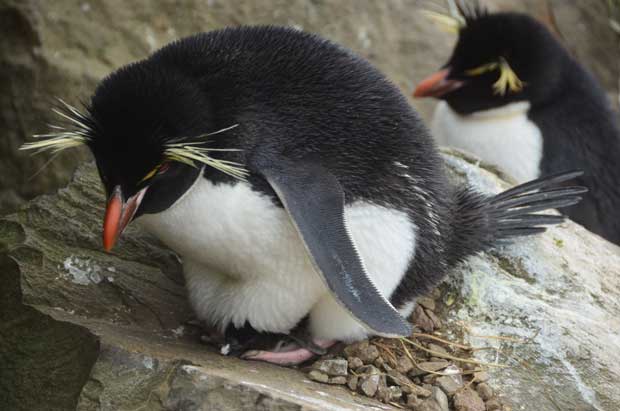 BIRDS OF A FEATHER

Until recently the eastern rockhopper was considered a subspecies as there are also similar nothern and western rockhopper penguins breeding on islands around South America and the southern Atlantic and Indian Oceans. Both those species are also in major, longterm declines. Recent studies suggest the eastern rockhopper’s genes deserve it be recognized as a full species, as “our” rockhopper, he’s worthy of support as Bird of the Year! Kyle Morrison’s study of an eastern rockhopper colony on Campbell Island found that the biggest threat to the penguins in that particular colony is predator attack by New Zealand sea lions . However, scientists are also concerned about the threat posed by potential oil spills and a precarious food supply in warming sea waters. 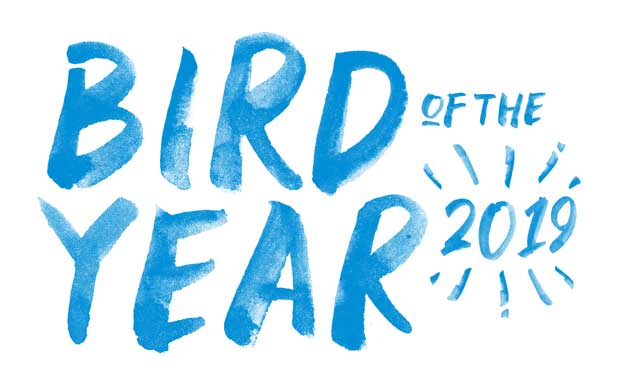 Recipe: Eastern Rockhopper Cocktail for Bird of the Year

Kids’ paper craft project: Make your own rockhopper penguin for Bird of the Year from a toilet roll