There is something embarrassingly ironic about losing your glasses on your way to the optometrist.

I was rushing when it happened and had my arms full as I dropped things on to the back seat of the ute, then realized I’d left my wallet inside the house.

As I raced back in I left my glasses, in their case, on the cover of the ute’s tray and when I returned forgot about them completely and drove off.

They’re now somewhere between home and the optometrist.

I retraced the route looking for them and enlisted the eldest as a lookout. She told me it was ludicrous and lampooned the idiocy of my situation which was far from helpful but exactly what I would’ve done in her shoes.

“Nothing cracks me up more than you losing your glasses,” she said. “You literally can’t see them,” she cackled. I have form – and I blame Mum.

She was a shocker for losing things around the house.

A prolific coffee drinker, there were half cups of coffee all over the house as she pottered around with java in hand. 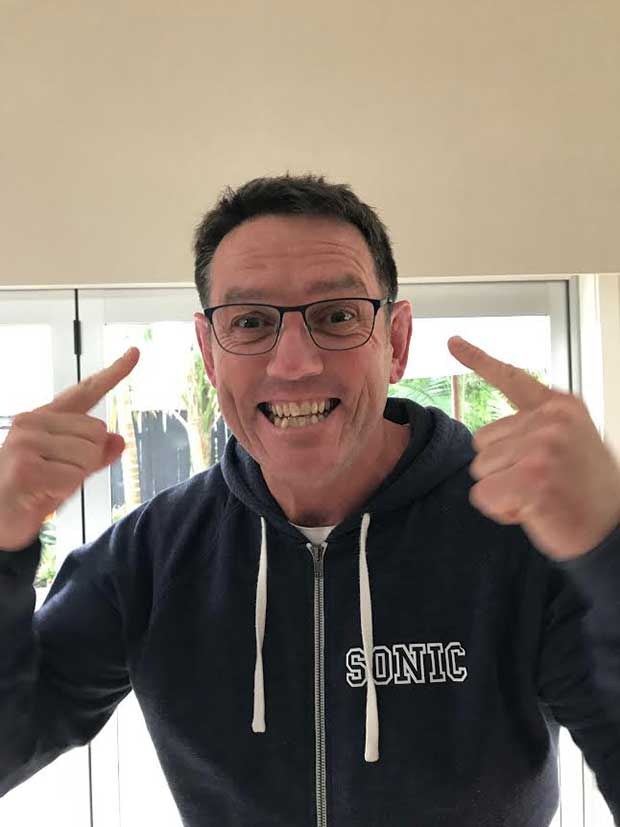 She was once incredibly late for a play because she couldn’t find the tickets. She searched everywhere then left with her friends knowing they would have to buy replacements at the theatre.

I found them after they had gone when I went to the loo and they were sitting on top of the cistern.

It must be a family thing – or, more likely a busy parent thing because one of my older sisters once strapped one of her four children snugly in the car seat then drove off, leaving the child in the seat on the footpath.

As we searched the kerbs for my glasses the eldest noted that we seldom leave for a holiday without returning to get something we have forgotten.

She was right and it irked me because I rate myself as an organized person. It’s just that, at times, I try to do too many things at once. A bit like Mum.

Many years ago, pre-kids and when we still had a landline, I was on the phone as I walked outside to hang out some washing. I finished the call, popped the handset on the boot of the car, hung out the washing and carried on.

It was only hours later, after a trip somewhere in the car, that I went looking for the phone. I eventually found it, in pieces, strewn down the street.

The girls tell me I had done again recently with a work mobile phone but I disagreed. Then, later, quietly, my wife told me they were right. At least I haven’t forgotten to pick up one of the girls, as she did!

I’m also constantly on the hunt for a favourite hoodie top that has disappeared. I’m confident it’s in one of the girls rooms – though I am yet to find it despite several searches.

It came up in conversation as I drove the youngest to collect her friend and then deliver both to the bus. She handed her mate a hoodie top that I knew was her sister’s.

“That’s a bold move,” I suggested, before they both admitted that getting their mates to wear their sisters’ clothes was safer than them doing it. There’s a method to that madness I’m sure.

Just as there was a silver lining to the cloud around losing my reading glasses. They were bent out of shape anyway as I sat on them not long after I first got them, much to the delight of the girls who would giggle every time they saw them, perched crookedly on my face.

And I now have those flash glasses that darken in the sun so I can read outside, which had been difficult before. I was forced to either squint through sunglasses, moving the book in and out till it was in focus, or try to wear the sunnies over the top of the reading glasses which was just silly.

And it seems I’m not the only person who forgets where they leave things.

The other morning, at 5.30am, the eldest was searching the laundry and lounge (a dumping spot for washing!) for her thermals to wear to kayak training.

Exasperated, she eventually left the house, empty handed. Later, when she got home, she admitted she had found them on the way to her car.

They were on the cover of the ute tray.