Jim Kayes has been a journalist for 25 years. He survived growing up with four sisters and is now married with two daughters. Despite this, he thinks he’s in charge. This week Jim realises he’s been left behind – again.

It was a nasty gash in the knee so we headed for one of the after-hours medical centres that have replaced visiting a hospital for small but serious injuries.

She was brave, my eldest daughter, as the doctor discussed the need for a few stitches of the internal type. They are meant to dissolve but instead, over the next few months, they pushed back out through the skin like a gruesome pimple.

She lay on the bed, with its crisp linen and neat corners, looked at me sitting on the bed end and said, in a quiet voice, “Dad, it really hurts”.

“I know it does love,” I replied, reaching up and giving her shin a comforting pat and rub.
That’s when I realised.

Hiding my shock, I calmly reached into my pocket for my phone and sent my wife an urgent text. “When did our girl start shaving her legs?” I asked.

“About a year ago,” was the startling reply. 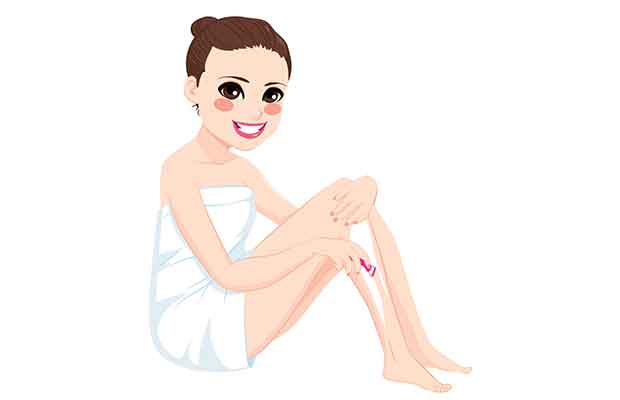 A year! Where had I been? Why hadn’t I noticed? And what had happened to the little girl who was once my little mate, my shadow, following me everywhere, keen to come along on anything I did, even as simple as a trip to the dairy.

Once, when we still lived in Wellington and were making the annual pilgrimage to warmer climes, I’d explained the concept of “riding shotgun” and how in the old days of the horse and cart the passenger was armed as protection against would be robbers.

More stories you might like:
Jim Kayes' blog: My musical tastes are heading in One Direction (and that's downhill)

She loved the idea and with Mum and Bub in the back, proudly rode up front. We’d left after work so got to Taupo about 11pm. That’s when a small voice next to me asked “Dad, is it ok if I stop looking for robbers and go to sleep?”

Where had that little girl gone?

Now, she is a young adult with all the frustrations, trials and tribulations that go with the transition from child to a teenager who, at times, could give the Incredible Hulk a run for his money.

It is astounding how someone can go from human, to monster, to human again in such a short space of time and usually over something minor and petty, but that’s hormones for you.

I try to keep up, but as a girl grows to a woman her Dad’s role in her life changes and as much as I try to be involved, there are some things a budding young woman doesn’t want to discuss with the Old Man.

Or so I thought.

On a recent visit to the doctor to discuss womanly issues I said, soon after sitting down, that I was sure she’d feel more comfortable chatting to the doctor (a woman) without me so I’d just pop back out to the waiting room.

“No, that’s okay Dad, you can stay,” she said with a smile that made it abundantly clear I was a lot more uncomfortable about this sort of topic than she was.

I have huge respect for solo Dads of daughters (and solo Mums of sons) because you don’t know what you don’t know – what you haven’t lived through. I know from the whispered conversations behind closed doors that my wife is helping the girls through a world I know little about.

Once, in a fit of disgust only children can truly produce, my youngest stormed out of the bathroom and warned, in a very serious voice that “Dad, you don’t want to go in there”.

She was right. There was no argument from me, but oh dear, did she not realise what lay ahead of her? And did she not know that she was maturing at a faster rate than her older sister? It’s frightening.

She may still be a pre-teen, but my youngest is, in many alarming ways, a lot more mature than her years. She is a voracious reader who is steadily working her way through her big sister’s library. It was, I thought, a wonderful thing and a clear sign that in this regard (and many more) she is a chip off her Old Man’s block.

But once again I was out of step. I remarked once, about how good it was to see her reading her sister’s books, many of them presents from her Aunties.

“Yes,” she said, with a disturbing glint in her eye that forewarned yet another nice moment was about to be crushed. “But Dad, there are some things in those books I reckon you don’t want me reading about.”

She’s probably right, but I can’t bring myself to check. At least she’s not shaving her legs yet. Or is she?