Some of our fondest memories of loved ones come from the flavours they serve us, says Lucy Corry.

My cousin recently sent me a photograph from our mutual grandmother’s recipe book, which shows recipes for Tomato Relish and Mayonnaise written out in her elegant copperplate handwriting. I’m not sure I’ll try Nana’s mayonnaise, with its ‘3 heaped tablespoons of sugar’, but I’m determined to try out the tomato relish to see if it’s the source of my mother’s famous tomato sauce.

The secrets of this condiment, a thin, sweet-and-sour sauce that bears no resemblance to Watties’ finest, have eluded my family for more than a decade.

Thanks to a recent tip from our Aunty Pat (one benefit of a big family: there are leads everywhere), Nana’s recipe might be our best lead yet. But when I mentioned this to my sister over the weekend, she looked thoughtful and said, ‘you know, I have a funny feeling that Mum used Alison Holst’s recipe. What if it was as easy as that?’

The thing is, that even if we do track this recipe down, it will never be quite the same. I realised this in the weekend while making my sister and I a ‘Baby Egg’ each for lunch. This recipe – a soft-boiled egg, mashed with cubes of buttered white toast and seasoned heavily with salt and pepper – featured heavily in our childhoods (though since she’s the oldest she was most often roped into feeding it to the baby of the day).

There is nothing as comforting as a Baby Egg, eaten from a little china bowl with a small spoon, even if I can’t make it taste exactly the same way that my mother did. 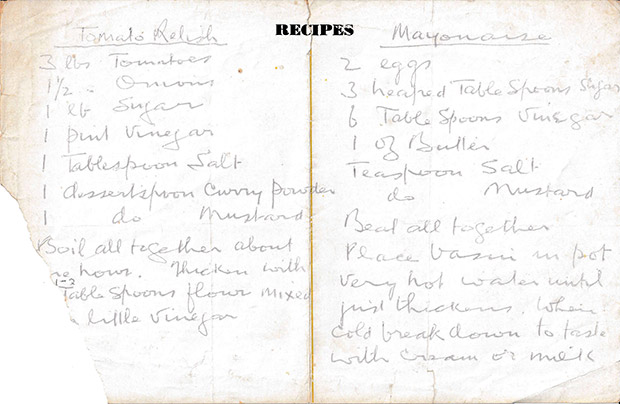 After I included the recipe (really just a set of very simple instructions) in my 2021 recipe book Homecooked, lots of people contacted me with memories of eating something very similar. We might have called it by different names, but this childhood dish evoked the same feeling of cosy security. Nostalgia is a great flavour enhancer.

When I met my husband’s indomitable Great Aunt Shirley, I’d already heard all about her legendary orange madeira and chocolate cakes. My husband and his brothers, who by all accounts were like a plague of locusts as growing boys, held Aunty Shirley’s culinary talents in very high esteem. 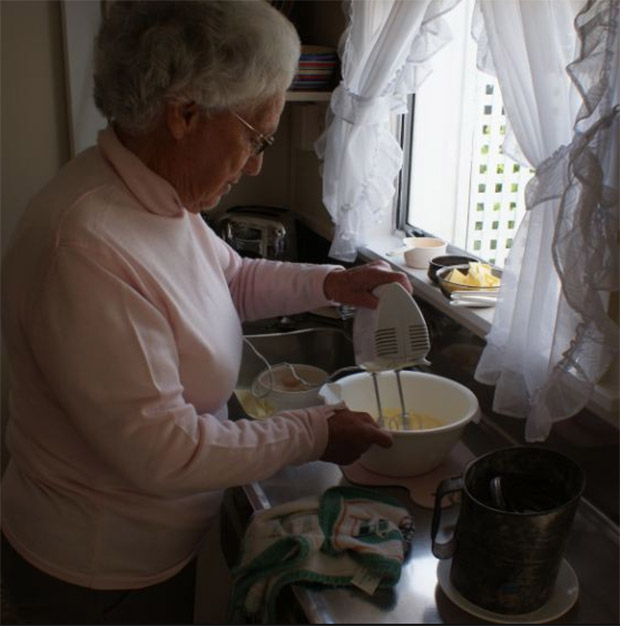 Aunt Shirley at work in her kitchen.

Even though Shirley generously gave me her recipes, and even spent an afternoon showing me how she made her light, luscious madeira cake, I’ve never been able to make it quite as successfully.

There was something about her tiny Carter’s Beach kitchen that made it a sweet spot for cake making. Or, as Sam Neill’s character Hec tells young miscreant Ricky Baker in Hunt For The Wilderpeople, Shirley had ‘the knack’. Practise, experience and some other, magic, indefinable quality meant she made cakes turn out a certain way.

If you’re lucky, you’ll know someone in your family with ‘the knack’. My mother-in-law has a knack with shortbread. My husband has a knack with roast potatoes. The knack is what makes their versions of these things taste different, and better, than anyone else’s.

My brother Godfrey, who died in January, had ‘the knack’ for just about everything. Whatever the problem, it was assumed that he would be able to fix it, or he’d know someone who could. If you’ve made Nurse Gathergood’s Sponge, Godfrey’s the one to thank. 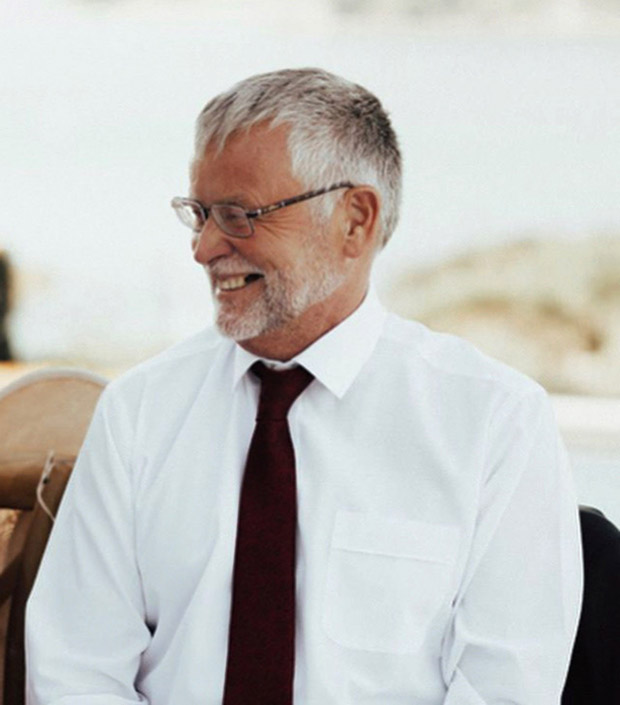 Lucy’s brother Godfrey had ‘the knack’ for just about everything.

After his funeral, our nephew asked me if I could make Godfrey’s famous Corryburgers, which he used to turn out in huge quantities. I told him that I could, but they were never the same. How could they be? Rather than attempt them and fail, I’d rather hold tightly to the memory of Godfrey making them at his home in Cambridge (or critiquing my attempts to make them).

It doesn’t take much to hear his voice reminding everyone to be careful about getting ‘a bottom and a top’ when assembling the buns, lest someone be left with two bottom halves and their burger experience ruined. This mantra is easier to remember than a recipe and, for me at least, evokes some of the same flavours. We repeat it in our house whenever we have burgers, even if they’re never as good as his ones.

So while my tomato sauce will never taste to me like Mum’s did, spooned out of a recycled Crabtree & Evelyn jar onto a cold sausage sandwich, one day this summer I’m going to attempt making it and think of her. I might not get the recipe exactly right, but it’s the thought that counts.