Lucy Corry’s husband has got a shiny vice, and it’s her goal to dim its shimmer in their household.

My implement drawer (that’s a fancy name for the higgledy-piggledy collection of kitchen utensils stored to the right of the stovetop) is full of shiny things. Or, at least, things that were shiny once. When I open it though, all I can see is the shiniest of them all: a roll of aluminium foil.

We use what I would describe as ‘generous’ amounts of foil in our whare, though not because we turn it into radiation-repelling headwear. No, at my place, praise and adulation are heaped on the cook who manages to expedite washing up by lining the roasting dish with foil.

Occasionally, when I’ve needed to take photographs for food shoots, a roll of foil secured with sticky tape has helped bounce light around on a dull day, making me feel a bit like MacGyver crossed with Fanny Craddock. It’s extremely useful. 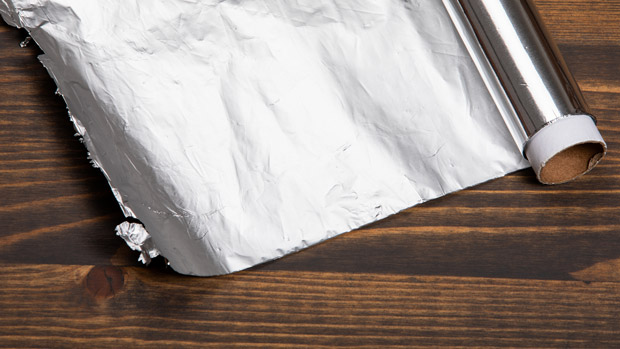 I know I’m not alone here. Aluminium foil has been solving food-related crises since around 1910. The makers of Toblerone were early adopters, followed by soup brand Maggi, who used it to wrap soups and stock cubes (I can’t be the only child who bit into a foil-wrapped stock cube, expecting it to be chocolate).

Lately though I’ve been wondering if foil and I should break up. Actually, every time I open the fridge I wonder if my husband was a magpie in a former life, because that man has a serious foil habit.

He seals every dish of leftovers or covers every bowl of marinating/defrosting food like a man possessed. It would be admirable if it didn’t make our fridge look like a staging zone for Meals On Wheels, or that we owned shares in a foil company.

His love for foil is partly nature, partly nurture. I blame his mother (of course), who taught him that every foodstuff must be hermetically sealed in as many layers of plastic wrap as feasibly possible. When we became a plastic wrap-free household a couple of years ago, he turned to foil instead. 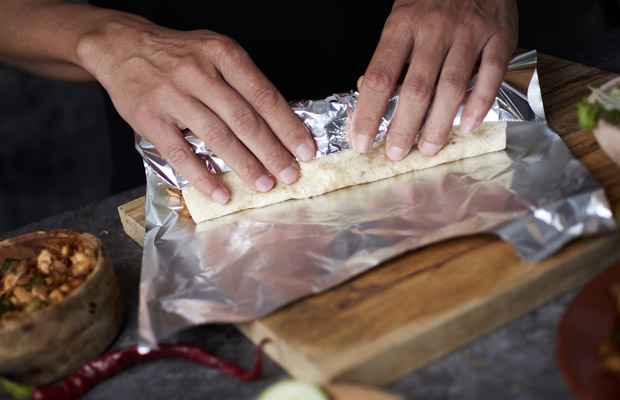 Our beeswax wrap supply isn’t that extensive and I think he finds folding fabric triggers painful memories of learning (unsuccessfully) to sew at school. But this is not about him.

What I’m trying to say is this: every time I put a piece of used foil in the rubbish I die a little bit inside. Giving up plastic wrap was easy and waving goodbye to paper towels was a cinch. But foil seems to be my nadir.

If you’re in a similar love-hate relationship with the shiny stuff, I have some good news. According to Clorox (the parent company of a major aluminium foil brand in New Zealand and Australia), foil isn’t the devil’s own food covering.

Clorox says foil is reusable (just wash with warm soapy water, dry and reuse) and recyclable (most councils in Aotearoa advise otherwise and will not thank you for adding it to your recycling bin).

When it gets to landfill, however, Clorox says aluminium foil is virtually non-toxic and won’t poison soil or groundwater because it’s inert. It says foil eventually oxidises to aluminium oxide, without emitting gas or pollutants. So that made me feel slightly better. Since I already wash and reuse any resealable plastic bags that come into the house, washing a bit of foil doesn’t seem like too big an ask, either. The real challenge is going to be finding ways to reduce our foil use, a bit like making it for special occasions only.

We can cover bowls in the fridge with plates (this is a great life hack, especially if you have a small fridge, because it enables you to stack things on top of each other).

We can get better at reusing the aforementioned resealable bags for sandwiches. My daughter and I can re-learn the origami box-making tricks we learned at an interactive museum exhibit in Sydney long ago when gifting sweet treats.

In fact, when I think about it, we might be able to reduce our foil consumption to nearly nothing. We’ll be like the aunt who has a single glass of sweet sherry at Christmas, then recorks it for the next year. I might even be able to reclaim the space in the implement drawer for some kind of ridiculous mono-use tool. The future is bright, even if it won’t quite be as shiny.