Family traditions are all well and good, but some — like overripe fruit — can fester and rot.

“Is it still raining quinces?” I asked my husband in an amateurishly dramatic re-enactment of that famous scene from Four Weddings and a Funeral. “I hadn’t noticed.” We both knew I was fibbing because, for months now, we’ve been tripping over fallen quinces on our hill path.

Autumn is a paradox. As the garden winds down to winter, everything in it piles up: pumpkins, fallen leaves, brown paper bags filled with saved seeds, a compost heap burgeoning with weeds, and baskets and baskets of fruit. Lynda’s tiny farmhouse is short on storage space, so she squirrels her autumn produce away in what used to be the foaling bay of Foggydale Farm’s large stable block.  Her boys, Lachie (left) and Lucas are proving to be petrolheads rather than pony riders, so we had no need for stables.”

I always plant too much. I could claim it’s a genetic memory from my waste-not, want-not farming forebears, but it’s quite the opposite. Whenever I pretend not to notice the grass flattened beneath our beurre bosc trees (our kunekune pig isn’t particularly fleet of hoof as she hoovers up windfall pears), I feel my late grandmothers giving me the guilts. They’d never approve of letting food go to waste for want of somewhere to store it.

Forget sculleries, media rooms and matching his-and-hers en suites: my dream home would boast a cool store with reinforced shelves to support all my jars of bottled fruit, jams, jellies and chutneys. In reality, however, I’m forced to store my seasonal surplus in our stable block, with rat traps set at each door.

Some days I can’t find the bench in my tiny kitchen for all the apples and pears waiting to be preserved, the nuts in need of husking and the spuds to sort and store — from long-keeping agrias to one last hurrah of waxy rockets. In the battle of breakfast spreads, old-fashioned marmalade is rapidly losing ground to posh peanut butter, but not in Lynda’s kitchen. “Marmalade and melted butter will always taste like nostalgia on toast for me.”

In 1969, when my mother got married, my grandmother Clarice gave her youngest daughter the makings of a glory box. There was a canteen of cutlery, a Crown Lynn dinner set, Homeleigh woollen blankets for the marital boudoir and a copy of the WDFF (Women’s Division of the Federated Farmers) Cookery Book.

Her new mother-in-law, Patricia, meanwhile, gave her a cheque to cash and a collection of handwritten recipes, including marmalade and Dad’s favourite pud, plum duff.

Five years later, that marmalade recipe came in very handy when my parents took over the family farm in Onewhero, inheriting a scabby lemon and a hyper-fecund humdinger of a grapefruit tree.

Forty-three years later, Grandma Pat’s marmalade recipe again came in very handy when I printed it in my book, Back to the Land. My mother had faithfully adapted Grandma’s recipes into metrics in a grey leather-bound notebook that I acquired, without asking, from Mum’s kitchen drawer. 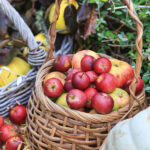 ‘Ruby Crunch’ crab apples and heirloom cooking apples are too sour to eat fresh but boiled to extract their pectin make a versatile base for homemade mint, herb and tarragon jellies.

Ain’t tradition grand? The British columnist, art critic and philosopher G.K. Chesterton once called it “the democracy of the dead”, though some anonymous wag on Twitter said it better, tweeting that “tradition is just peer pressure from dead people”.

The trouble with tradition is that, as the Royals are discovering to their global shame, it’s also allergic to change. Should the rot set in, some traditions fester like spoiled canned tomatoes while others blow up in your face like home-brewed ginger beer.

Tradition garnishes old-time family recipes with memory, heritage and connection. What it doesn’t do, however, is make them taste any better. The passing of time hasn’t always been kind to the good old ways — think boiled brussels sprouts, rubbery broad beans and anything preserved in aspic.

As rurally resourceful penny-pinchers, my grandmothers were masters at making something out of nothing but sugar and foraged fruit, be it a basket of scrumped apples, wild blackberries or ill-gotten goosegogs. They bottled peaches, plums and pears and boiled anything past its best with sugar, spices and vinegar to make an all-purpose farmhouse chutney. They also made loads of marmalade. 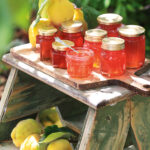 They may be a beautiful, fragrant fruit, but quinces are virtually inedible raw. It takes a long, slow simmer to soften their hard hearts of white, tannin-rich flesh, but it’s worth it to make glowing quince jelly, poached quince crumbles and quince paste for antipasto platters. 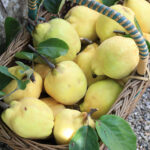 It has taken my citrus orchard 10 years to get cracking but now that I have no shortage of fruit, I’ve come to realize that my ancestral marmalade is actually a bit miserly. My much-loved matriarch was also a plagiarist: Grandma Pat’s recipe is, word for word, the same as the one in the 1964 reprint of the New Zealand Country Women’s Institute Cookery Book, a book I recently acquired at no great expense — 20 cents — from a local op-shop.

When Grandma Pat made marmalade, she used one pound of citrus, three pints of water and three pounds of sugar. This ratio results in a moreish glowing jelly with the occasional sliver of suspended peel, whereas I prefer a chunkier spread. I now triple the citrus content, hand-cutting the fruit into slender half-crescents. Then, as I take the pot off the boil, I stir in a glug of whiskey for good measure.

Back to quinces. Although Cydonia oblonga has been grown in New Zealand since at least 1890, quinces, according to the online encyclopaedia, Te Ara, were a “relatively unimportant” fruit crop. By 1966, there were only 24 acres in commercial production, producing an average annual crop of 20,000 bushels, mostly of the variety, smyrna.

I have a grove of five smyrna trees that produce at least 20,000 bushels of aromatic fruit. I’m exaggerating, but only a smidgen, for each produced more than 100 golden fruit this autumn. 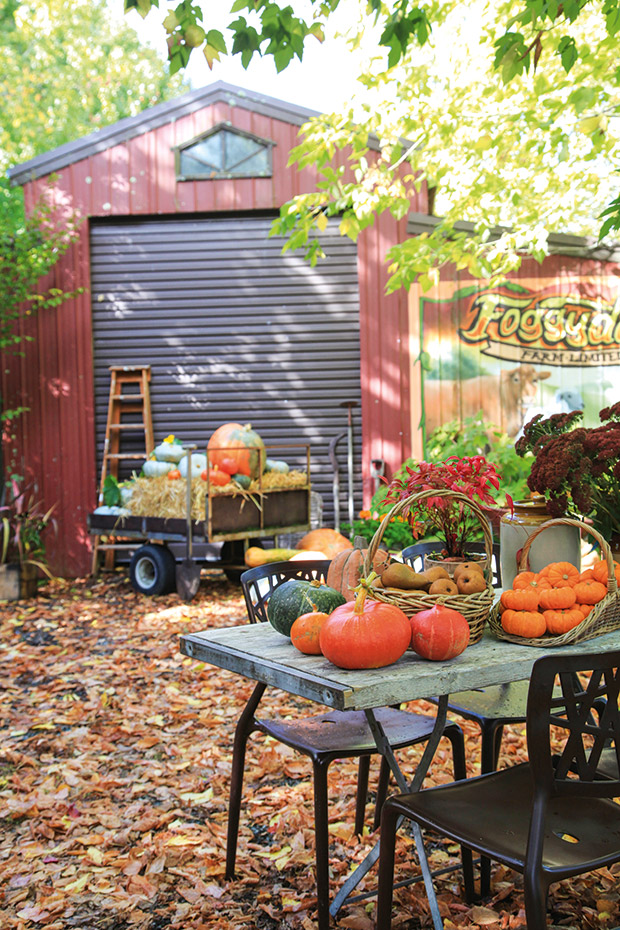 Autumn brings piles of pumpkins, pears and pesky rodents keen to help themselves to the harvest.

Those quinces taunted me from the treetops, dropping with a plop or thumping me on the head when I walked under their laden branches.

My grandmothers did well to avoid them — no one recalls either of them getting jiggy with quince jelly or firm with paste — but I can’t bear to see them all go to waste. In 97 years, Grandma Pat wasted nothing; even in death, she specified a natural burial to return her body to the soil. I want to think she was being eco-friendly, but she probably considered embalming an extravagance.

When making jellies of any sort, from apple to blackberry, mint to quince, I’ve learned that the smaller the jar, the firmer the set. For this year’s batch, I dutifully sterilized an assortment of little recycled jars. Grandma Pat would approve, although I suspect she would have thought my decision to shell out $15 for a can of gold spray paint so the lids could look matchy-matchy on the shelf was an unnecessary affectation.