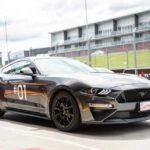 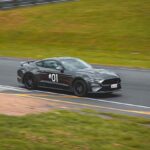 Kelly Gillbanks puts her pedal to the metal in a Ford Mustang at Hampton Downs.

Car restoration TV shows are my happy place. I love it when a dusty car is unearthed from an old barn and restored to its former glory. Shows about the eternally cool Mustang, first launched in 1964 and in continuous production ever since, are always my favourite. 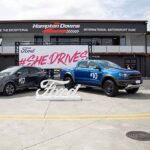 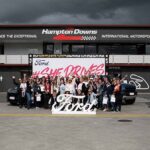 Naturally, I jumped at the opportunity to drive a Mustang at the Ford car enthusiast event for women #SHEDRIVES. The event, held at Hampton Downs Racetrack Te Kauwhata, was a chance to get behind the wheel of several terrific Ford vehicles and drive in proper race conditions – under safe professional supervision, of course. 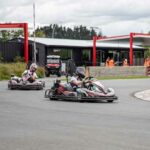 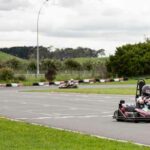 For a car enthusiast like me there’s nothing like the smell of motor oil and on this warm spring morning at Hampton Downs there was also a whiff of Chanel No. 5 on the dewy air. While engines rumbled and tyres screeched my fellow female race drivers and I had a much-needed coffee and breakfast followed by safety briefings for the day of driving ahead. We warmed up with go-kart racing. Naively, I thought this would be easy. But I turned out to be dreadful with slow corner maneuvers seeing me come second-to-last by a longshot. Who, I wondered, who was even slower than me?

After graduating from go-cart class we progressed to driving Mustangs on the drift track. Drifting ace Dan Woolhouse (aka Fanga Dan) showed us how to drift while water sprayed over the track. After skidding all over the racecourse like a pro, I stepped out of the car with legs like jelly and jittery. 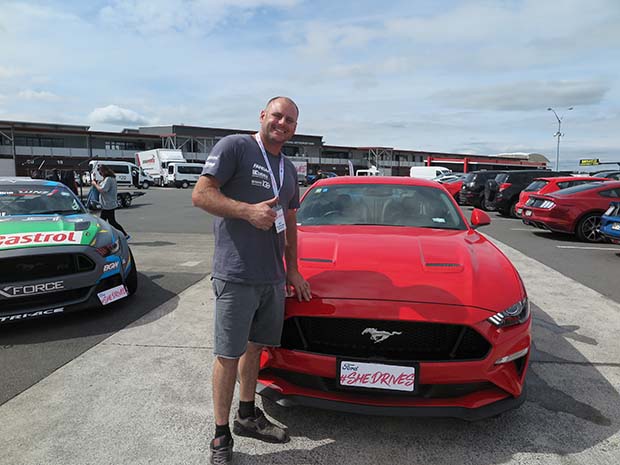 It was time to dial-up the action with hot laps in yet-another beautiful Mustang. During the hot lap, no passing allowed, the speedometer reached more than 200km/h. In spite of these very high speeds, I felt surprisingly like I was safely cruising as well as looking incredibly cool at the same time. 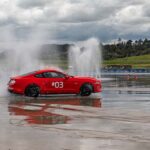 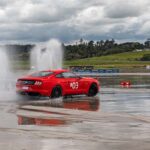 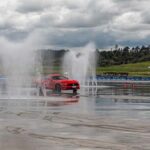 For me, the thrill of the Mustang starts with the door opening as I step into the luxurious black interior. When the engine starts, I feel the power. 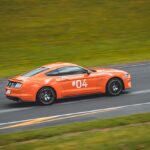 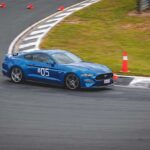 Next it was time to test our abilities further with some off-roading in the Ford Raptor truck. There were plenty of raised eyebrows when our instructor tied a small dish to the bonnet of the car and placed a tennis ball in it. The game? Make it around the bumpy off-road track in the fastest time without losing the tennis ball. 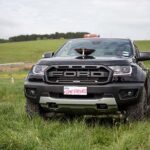 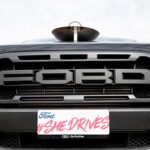 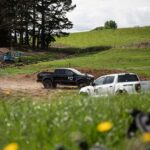 The Ford Raptor’s sophisticated suspension made this challenge a doddle and the truck navigated the hills, bumps and corners with ease. 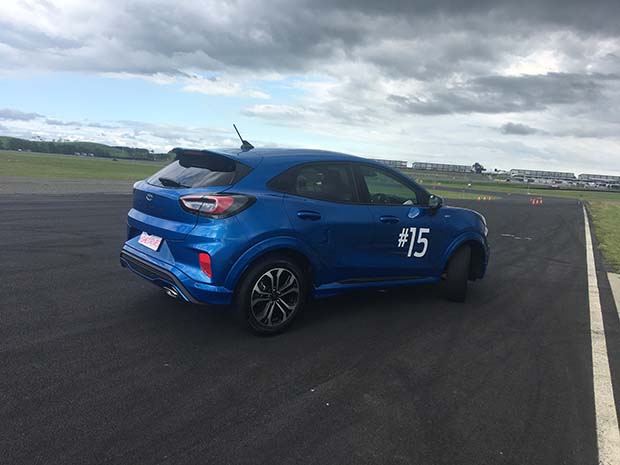 Slalom driving in the Ford Puma was our next challenge. Pro-driver Emma Gilmour whizzed her way through the course of orange road cones. Luckily when it was my turn I was safe behind the wheel of the Puma which was capable of nipping around the cones at high speeds and with little skill required from me.

In the Ford Escape we tested a simulated emergency. In our training scenario of wet road conditions, a car pulled-out at high speed on the passenger side. We learned a swerve, slide, swerve manoeuvre; one which saves lives. The Escape’s intuitive driver-assist technologies mean it’s up to the task. The Escape felt luxurious, comfortable and ready for adventure – a bit like me. While my heart belongs to Mustang, my next car might just be a Ford Escape. 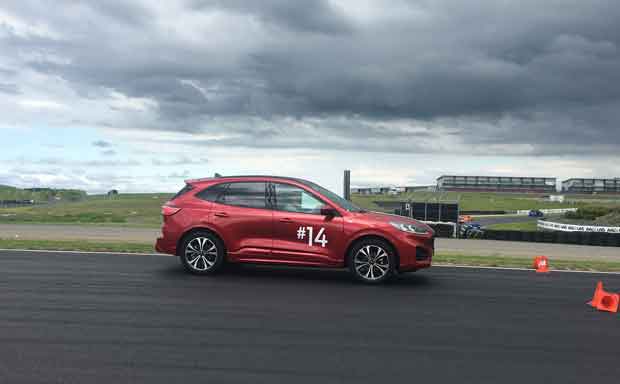