A burgeoning, and bespoke, perfume business strays no further than nature’s garden for ingredients

Gini Di Somma isn’t someone who waits for the ground to shift beneath her feet. But when that did happened during the Christchurch earthquakes in February 2011, she quickly knew that waiting for the dust to settle wasn’t going to be an option.

“I had a fashion business, One Big Sugar Bowl, for about 11 years and within moments it was completely destroyed,” she recalls. “And the house was also destroyed. Within hours we were staying with family friends and the next day we took a cheap flight to Auckland to start a new life. Then it was the waiting game – dealing with EQC and the insurance companies. NATURAL TRANSITION
During the painstaking four-year settlement process, and while grappling with a deep sense of loss on many levels, Gini was constantly trying to solve the nagging question: ‘What am I going to do with my life?’ It was during a family dinner table conversation that the idea of making natural fragrances came up and it instantly struck Gini as the one she’d been searching for.
Her next step was to learn the craft of creating all-natural, synthetic-free perfume making using plant-based oils and resins. Online research led her to the French-born, Italian-based Sufi and self-taught perfumer AbdesSalaam Attar.
“He hadn’t been teaching since 2009 but I practically begged him and he finally agreed on the condition that he could fill the course with 10 students,” says Gini. “Within three days of putting the word out, the course was full with people who came from all over the world – meeting them and doing the course was one of the highlights of my life.”
Returning from Italy, where the course was held, to Auckland with more enthusiasm than she could bottle, Gini discussed her business ideas with daughter-in-law Aroha White. The pair found they worked so well together that, earlier this year, they launched The Olfactory which is a bespoke fragrance service. While building up the clientele, they’ve also been working on a soon-to-be released range of perfumes.
“We are taking our time,” says Aroha, whose background is in theatre and film as a writer and actor. “We want to stay true to the nature of the ingredients – they come from all over the world and are so precious.”. 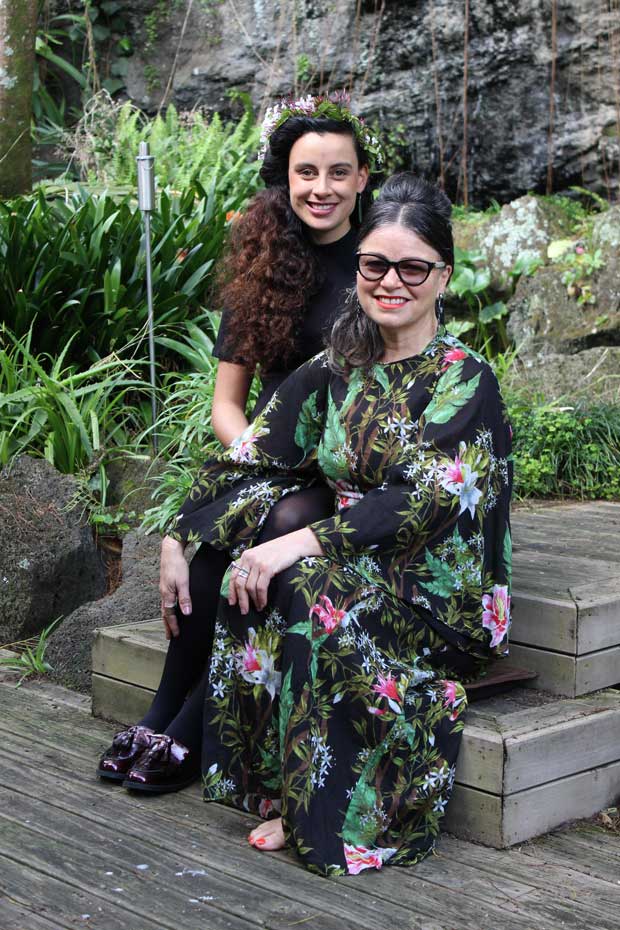 “It’s not simply a blend of ingredients from an aromatherapy shop – it’s an alchemical and scientific process. And one that takes time,” says Gini.

More stories you might like:
Springboard diver Shaye Boddington lands lightly on the planet with an innovative 14-sqm tiny house (with a full height bedroom and walkway)

Ingredients come from 35 countries, including frankincense and myrrh from Oman and Iraq, sandalwood from Haiti, El Salvador and Mysore, in India, where some of the trees are thousands of years old. “The families inherit the right to cut the trees,” says Gini. “There’s a special rite of passage and it’s a ritualistic practice; this is incredibly precious stuff. All our oils work in conjunction with an individual’s limbic, endocrine and hormonal system. They can be transformative and restorative and not just pretty aromas.”
Gini says that there has been a lot to learn about natural perfumery. “It’s not simply a blend of ingredients from an aromatherapy shop – it’s an alchemical and scientific process. And one that takes time.”
Since the Christchurch earthquakes Gini has been aware of nature’s ability to abruptly change lives and this knowledge has slowed down her approach to business. Gini and Aroha prefer to take their time with clients. From initial consultation to the delivery of personalised perfume, the process of making bespoke scents for their clients takes a minimum of six weeks.
“When a client feels the things that they asked for from the scent, be it empowerment or confidence, anti-anxiety or a rousing aphrodisiac, it’s wonderful and quite humbling and exactly what we love doing.”
For bespoke scents by The Olfactory, contact Gini at virginiadisomma@gmail.com