Polly Greeks’ Blog: Growing up in the olden days 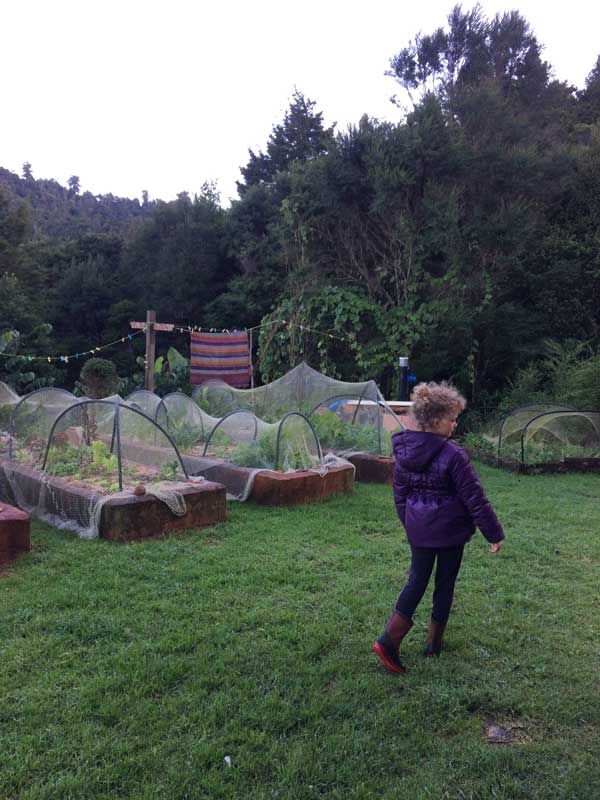 Polly ponders the ‘olden days’ of her 1970s childhood and how her own children are growing up in different times.

“Can you tell me about the olden days?” six-year-old Vita asked the other day as she clambered onto my knees for a story. But the tale of my great-grandmother was interrupted before I’d barely begun.

“No mum! I meant when you were a little girl.”

My eyes must have noticeably widened because Vita quickly validated her words.

“I mean when you were really small and only had horses and carts.”

Once my incredulous laughter ceased, I considered my childhood from her perspective. Parts of it must sound as distant as a foreign country for the customs we kept.

We did have a car, but it never entered our heads to wear seatbelts as we roamed about the backseat on family road-trips. Milk came in glass bottles and our dial-up telephone was wired to the wall. Paper letters were how you kept in touch with distant friends, newspapers were black and white, and library books came with removable cards that were stamped.

Cities and towns were dead on Sundays. Murders were so rare they brought the nation to a standstill. We cruised on chopper bikes with spokey-dokeys, had our first computer encounters courtesy of Pac Man, coughed through a fug of cigarette smoke on airplanes, and recorded radio music onto cassettes.

Technology has torpedoed us into ever-more digital and plastic worlds, but in some respects Vita’s and three-year-old Zendo’s childhoods are way more old-fashioned than mine.

Somewhere far in the future, I see them with great-grandchildren clustered round, holding court about how they grew up without television, electric lights or a fridge.

“We drank stream water and had to eat homemade bread baked in the wood-oven. We used to be scared to go alone to the outside toilet, because of wild pigs in the garden,” they’ll quaver at their descendants.

“At least you had toilet paper on offer,” my ghost will protest as my great-great grandchildren look aghast.

James and I aren’t trying to be Luddites in our approach to life. It’s just that building an off-grid home in the forest has stripped our life of certain conveniences.

These days the children barely remember the era of the outdoor kitchen and all the years we bathed without hot running water. Vita looks rather enthralled to know she spent her first seven months of life alternating between a caravan and a canvas tent while Zendo built a healthy immune system learning to crawl through the outdoor lounge.

“We’re on the brink of great change,” I tell them as we await the arrival of a hydro-power consultant who will help us decide whether to power up the house with hydro or solar energy.

But even as we excitedly anticipate evenings of electric light, we continue to exist in a sort-of twilight zone of Bygone Days.

Cellphone and internet reception is still so patchy in our valley that accessing Spotify, Netflix or You Tube is out of the question. Instead, our children receive electronic entertainment by getting up at 6am for Radio New Zealand’s Story Hour on weekends.

We make our own fun in the country. Family games of Memory are downright archaic. We aren’t too behind the times with our Friday Night Disco sessions, conducted once the dinner table has been cleared. James loads a selection of songs onto the speakers and we shimmy around the room in candlelight, occasionally leaping higher than expected as a foot makes contact with a viciously sharp piece of Lego left like a booby-trap on the floor.

With so much darkness on hand during these winter nights, we have ample opportunity for shadow puppetry recitals, using our headlamps and fingers to attempt barking dogs and jumping rabbit projections on the wall.

On the plus side, because of our remoteness, there’s no thought of stranger danger as James and I shoo the kids outdoors.

“Don’t come in unless you’re bleeding,” we might call to their receding backs. Roaming through the forest is encouraged around here. 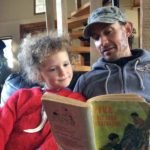 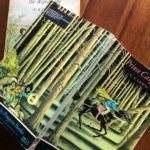 We’re big on reading aloud and enjoy modern novels as much as the next family. But some evenings we look like we’re fresh from the 1940s as the children gather by the fire dressed in their inherited, home-knitted jerseys and listen as James reads aloud from C.S. Lewis or regales them with adventures of the Famous Five.

He interrupts from time to time to raise an appalled eyebrow at me. Anne is praised for being a good little housewife, George struggles with gender issues and a darker-skinned child called Sooty LeNoir makes a debut. The family discussions on racism, transgenderism and equality that follow are definitely 2018.

Occasionally, and if there’s been enough sunlight to charge my laptop, I’ll put on a DVD for the kids to watch. But even here we’re behind the times. While we’ve been kindly gifted up-to-date children’s movies, they typically contain such awful suspense that the children shriek and howl for me to swap the movie over. Instead, the 1960s versions of The Jungle Book, Mary Poppins and The Sound of Music are their favourites.

Julie Andrews is the superstar of Vita’s world. Once, during a fit of pique that saw her loudly coveting the actress for a mother, she was flabbergasted to learn she is now in her dotage.

“How did that happen?” she demanded.

I suspect it was in much the same way my childhood became amalgamated to the olden days. Surprisingly swiftly.