An explosive moment makes Polly reflect on the enterprising wilderness women in the Far North.

The sudden boom made everyone jump.
‘What was that?’ James called accusingly from the bathroom but this time the children were innocent.
‘It came from outside. It sounded like an explosion.’ In daylight I’d have gone to investigate, but it was one of those sharp crystal nights where coldness lurks like the enemy by the back door, ready to rob you of all your heat. Inside, the kids and I paused like startled deer, heads raised for further signs of danger. Nothing happened. The kids resumed playing.

The next morning the gas califont shower wouldn’t work. This happens from time to time and like actors in a well-rehearsed scene, James and I immediately went to our places. In the shower, I stood ready to activate the tap. Outside, James prepared to tinker with the valves and dials.
‘Turn it on,’ he shouted through the open window. 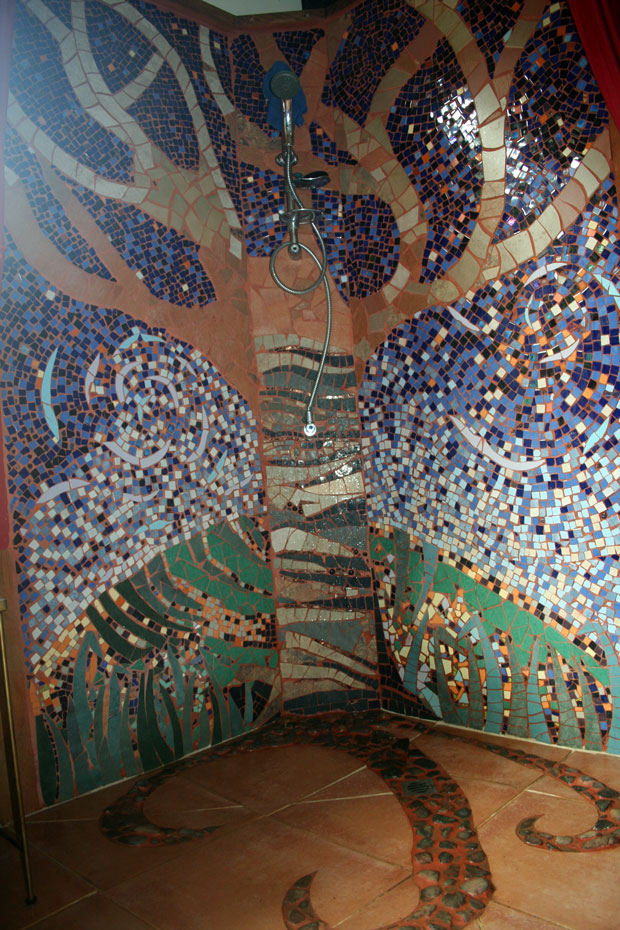 As I did so, a great ball of fire whooshed outwards with an almighty bang.
Four-year-old Zendo was beside himself with excitement. ‘Vita, Vita,’ he screeched as James reeled backwards. ‘Quick, come and see. Dad’s on fire.’
Gingerly checking his eyebrows, James was, in fact, fine. To our surprise, the shower was too. Like a cat dislodging a fur-ball, the device appeared to have spewed out some blockage and resumed delivering hot water. It got me thinking, however. Every now and then, I contemplate James’s mortality and wonder how life would proceed without him. Emotional abysses aside, the thing I always ponder is whether I’d remain out here on the land.

It would be unfair to describe ours as a brains/brawn relationship because James has factory-loads of cerebral cogs whirring away but he’s definitely the metaphorical ox about the place. Sure, I chop wood and pull weeds but on matters of building and grunt-work, I’m a Watson to his Sherlock Holmes.

That is to say, I tend to stand on one side, making sometimes helpful suggestions while he does the doing.
There are an awful lot of works-in-progress at our place, including our house. The kids’ bedrooms, the garage, courtyard, front porch and my writing studio are all yet to come. Would it be a cop-out to end those plans if James himself ceased? 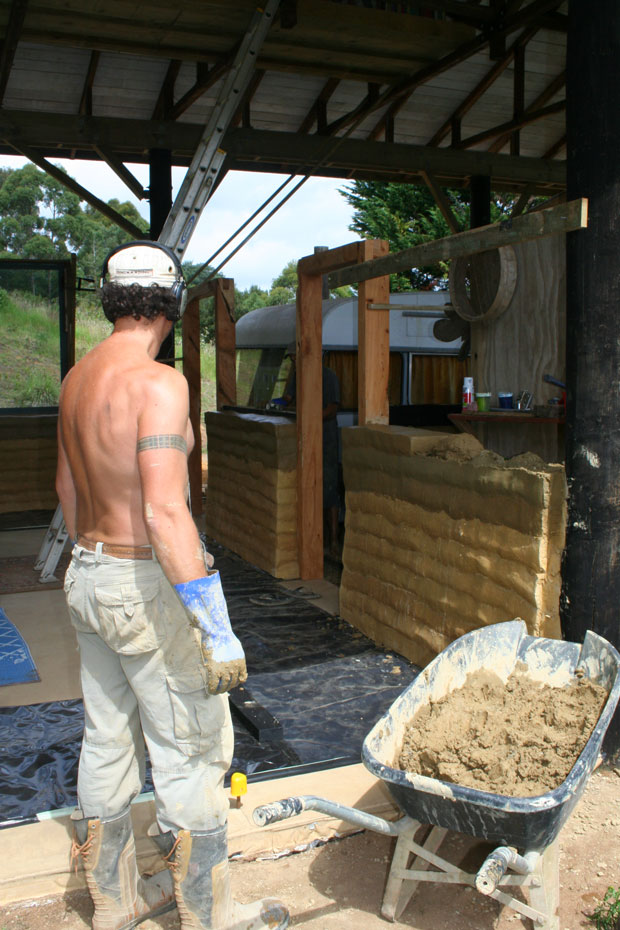 There are bush women living in various valleys around the Far North who could be poster pin-ups for their can-do attitude. Seasoned and gritty, they’re roll-yer-sleeves-up types of women who muck in, soldier on and get the job done. One, alone in her seventies, lives 3km up a forest track in an off-grid house she built herself. She’s currently at work on a second dwelling, maintains sizable gardens and gets additional protein from the possums she hunts. Another woman who openly admits to a love affair with her concrete-mixer is building a ferro-cement empire on her land.

Presently at work on her fourth dwelling, she also operates an extraordinary hothouse fashioned from thousands of recycled bottles, produces most of the meat, dairy-products, alcohol, fruit and vegetables she consumes and still finds time to make fabulous art.

A third, also single, manages a menagerie of animals, grows her own food, wields her chainsaw and chases off wild pigs when required. Another dear friend, now in her eighties, built herself an astonishing adobe art house when she was 64.

There are plenty more like them; strong, earthy, eccentric, frequently barefooted and sometimes quite ferocious, I imagine; who ooze capability and practicality as they build, garden, nurture, harvest and create.I’m in awe of them all. Could I emulate their aptitude? When I picture myself, I’m usually staring off into the distance. I’d have to stop being so dreamy.
‘You spend too much time in your head,’ is a lament that’s followed me since childhood.

I’d stay on the land because I love being surrounded by forest, but would I advance James’s and my dream without him, or simply manage what we’ve already created? Could I whip up walls, pour concrete slabs, lay upstairs floor joists and shoot invading possums with James’s aplomb? Other women have shown me there isn’t really any excuse not to give it a go. When I imagine getting into it, I rather like the vision. All the same, we’ve decided to take our califont unit into town to be proofed against further explosions. While it’s empowering to conclude I’m not dependent on James for a successful forest life; we do it better together and I want him by my side for as long as we’ve got.