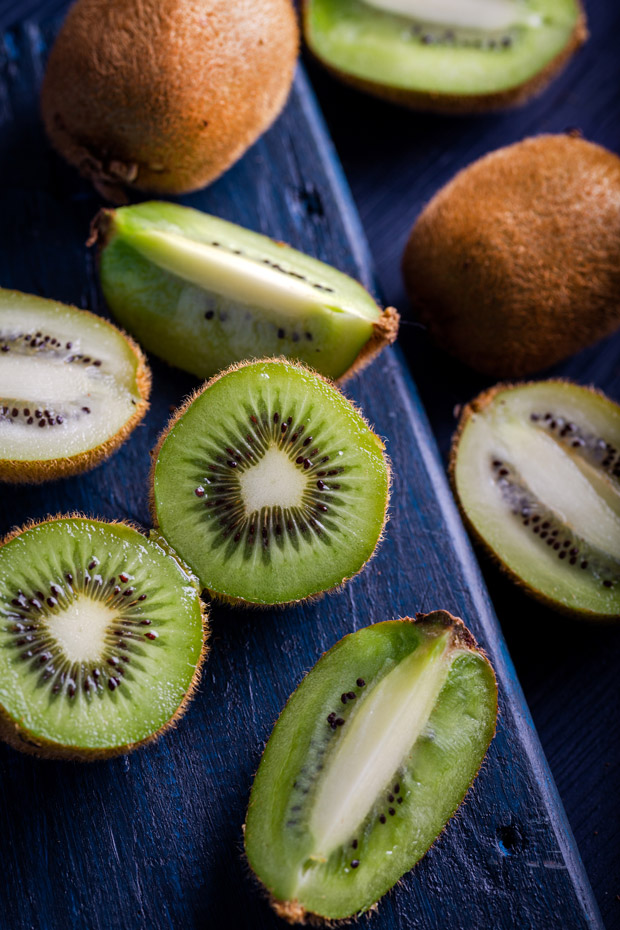 This recipe has been tried-and-tested to perfection since Kristina Jensen’s university days.

When I was in my first year of university, I went to Katikati with a bunch of mates for a holiday break. They were going to work in an orchard as kiwifruit pickers and graders for two weeks. We slept on Waihi Beach, pooled our money for bread and jam for breakfast, and played lots of loud music (on cassettes) as we drove through the Waikato and into the Bay of Plenty.

The farmer who erected the kiwifruit vine supports was quite a bit shorter than me (I’m 185cm or just over 6ft). After two days of stooping, I was stiff and sore from twisting my head upwards to locate the little blighters. They moved me to the grading table where a never-ending trundle of brown, fuzzy fruit rolled by. My job was to remove any ‘odd’ fruit from the crop.

I nearly went half-mad from the monotony. I dreamed about kiwifruit at night, rolling impossibly fast so that I couldn’t hope to do the job well. I learned I’m not a production line kind of woman.

There was another important lesson on the first day at lunch break. I asked my supervisor what they did with all the ‘odd’ fruit. She pointed out the back door to something I hadn’t noticed before: a huge, rotting, fly-infested heap of kiwifruit. I was shocked.

Even then, I was a ‘waste not, want not’ person. The supervisor allowed me to take a large crate of oddities, something greeted with moans by my friends who never wanted to see another kiwifruit in their lives. It was the beginning of my love affair with these fuzzy brown fruit. I labored to perfect a rich hot sauce and this recipe below has been a family favourite ever since.

Kiwifruit (Actinidia deliciosa) is native to China and traditionally used for medicinal purposes. Many New Zealanders believe kiwifruit are ‘ours’, but they’re grown all over the world. China, Italy, and Chile are the other major producers.

Cultivation of what was then called ‘Chinese gooseberries’ spread to New Zealand at the turn of the 20th century via missionaries. But gooseberries – delicious in their way – have a bit of a bad rap as very tart.

It wasn’t a good description of the kiwifruit’s sweet flesh. In the mid-1970s, a creative marketer came up with the name ‘kiwifruit’ (overseas, they shorten it to ‘kiwi’), and it took off.  There are about 60 different varieties of kiwifruit, and the industry in NZ is worth over $2 billion. This year, commercial growers will plant a newly-developed red-fleshed kiwifruit variety.

This sauce is spicy, sweet, and tastes divine with meat, hard-boiled eggs, added to salsa or vegetable dip, in potato salad, and as a base sauce for pizza.

You can use gold kiwifruit, but as they’re a bit sweeter, you might need to reduce the sugar. For the chillies, habanero and Kashmiri are my favourites. I make this recipe on the stove, but you can also use a slow cooker or the oven. 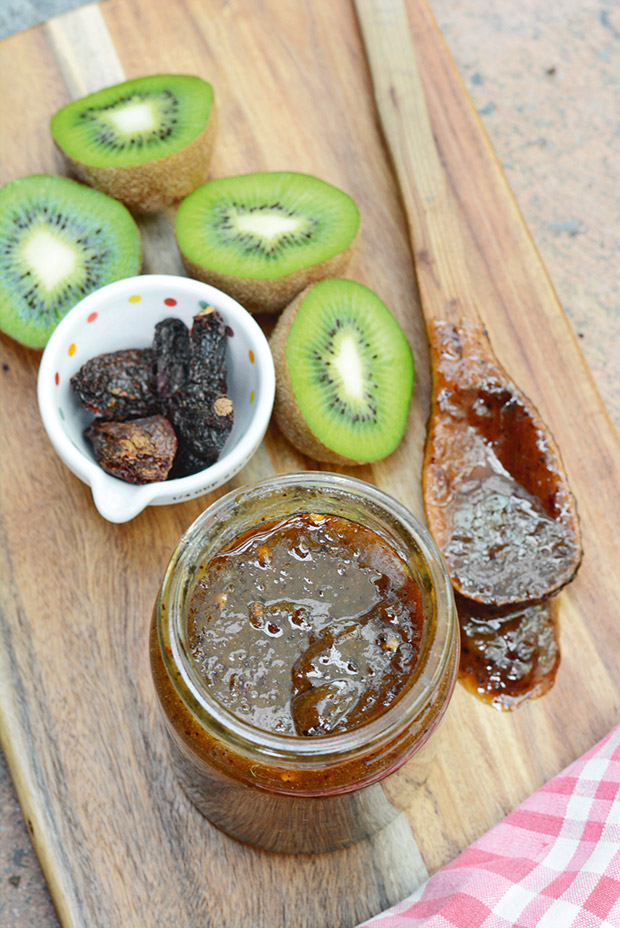 Follow Steps 1 and 2, then: Slow cooker: simmer for 1-2 hours until the sauce is thick. Oven: bake at a simmer (around 100°C, but it will depend on your oven) in a lidded casserole dish for 2-3 hours, until thick and slightly caramelised.

Peel and chop the kiwifruit into cubes. Place all ingredients into a heavy-bottomed pot and bring to the boil, stirring to stop the sugar burning on the bottom.

Turn down to a simmer and cook until the sauce is thick (about an hour).

Whiz with a stick mixer or in a food processor, then carefully pour into sterilised glass bottles.