This coconut cake is layered with whipped chocolate ganache and topped with a decadent cream-cheese frosting.

This is a true show-stopper, brilliant for any kind of celebration. It can be made up to three days in advance.

Spread one cake layer with half the Whipped Chocolate Ganache. Repeat with second cake and remaining ganache, then set the last cake layer on top.

With layered cakes, I prefer to make individual cakes rather than slicing one into three.

Using an electric mixer with a paddle attachment beat sugar and egg yolks until pale and fluffy. Add mayonnaise, coconut milk, buttermilk, Malibu and vanilla extract and mix until combined. With the mixer running on low, slowly add dry ingredients and mix until just combined.

In a clean bowl, whip egg whites to soft peaks. Gently fold them into the other mixture, then divide it between the prepared cake tins and smooth the tops. Bake for 25 minutes or until a metal skewer inserted into the centre comes out clean.

Cool cakes for 20 minutes, then invert onto cooling racks.

Pour into the bowl of an electric mixer fitted with a paddle. Leave at room temperature until cool, but not to the point of setting, and beat until thick and creamy. Be careful not to overbeat as it may curdle. Use immediately – it won’t spread once it sets.

Place sugar, flour, cornflour and salt in a pot. Slowly pour in milk, whisking until mixture is smooth. Set over medium heat and constantly whisk for 5 to 7 minutes or until mixture boils and is very thick. Stir in vanilla, then pour into a bowl and chill overnight.

Put the mixture into the bowl of an electric mixer fitted with a whisk attachment. Whisk on low speed, adding one piece of cream cheese at a time, then one bit of butter at a time.

Whisk for 2 minutes or until butter and cream cheese are incorporated, then increase speed to medium-high and whisk for about 5 minutes, or until frosting is light and fluffy.

To store the cake, set it on the lid of a high-sided plastic container and fit the container over the top. Remove from the fridge one hour before serving. 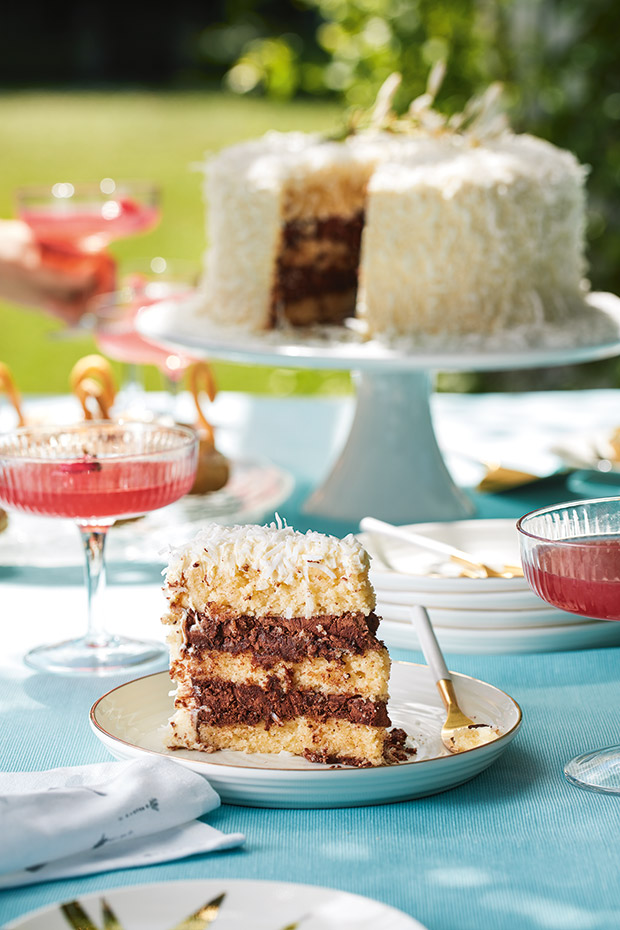