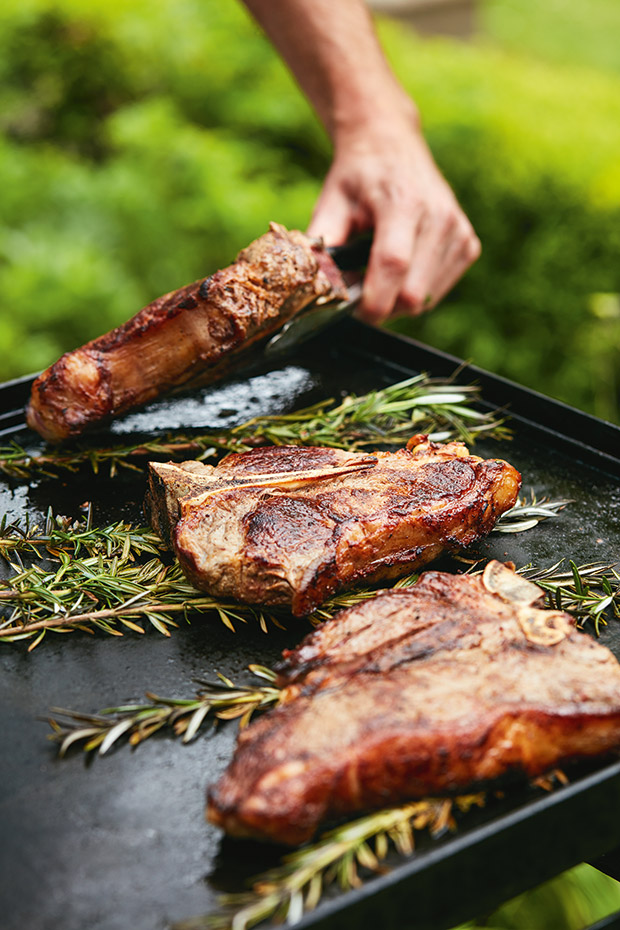 Juicy steak and a zippy salad are guaranteed to impress at your next barbecue.

A T-bone steak is the tastiest cut of beef for barbecuing. Allow one steak between two diners (unless they are avid meat eaters) and carve at the table to show them off.

If possible, heat barbecue so that two-thirds is hot and one-third is medium-hot. This will be easy if the barbecue is gas-fired and runs on two or three gas rods. If not, work on the principle that the centre of the barbecue will be hotter than the edges.

Just before it’s time to cook, smear steaks with oil and sprinkle both sides with salt and pepper. Add the rosemary to the medium-hot part of the barbecue.

Sear the steaks for two minutes (or until browned) on the hottest part of the barbecue. Turn steaks and sear the second side for another 2 minutes. Move steaks to the medium-hot plate, placing them on top of the rosemary leaves. Cook for about 4 minutes, then turn and cook for another 4 minutes or until steaks are medium-rare.

Remove steaks from barbecue and place on a tray. Cover with a heavy tea towel and rest for 5 minutes away from the heat. Cut the meat from each side of the bone at the table, then carve 2cm-thick slices across the grain. Arrange the fillet and ribeye on separate plates. Season with additional salt and serve hot with the lima bean salad and lemon halves.

More stories you might like:
How to cook with quince and two quince recipes: Quince paste and quince chutney

To assess the heat of a barbecue, hold a hand 12 centimetres above the grill plate. If it’s at medium heat, you’ll be able to count to eight before having to pull your hand away. When it’s hot, you’ll only be able to count to four. When juices begin to show on a steak, it’s cooked to medium. 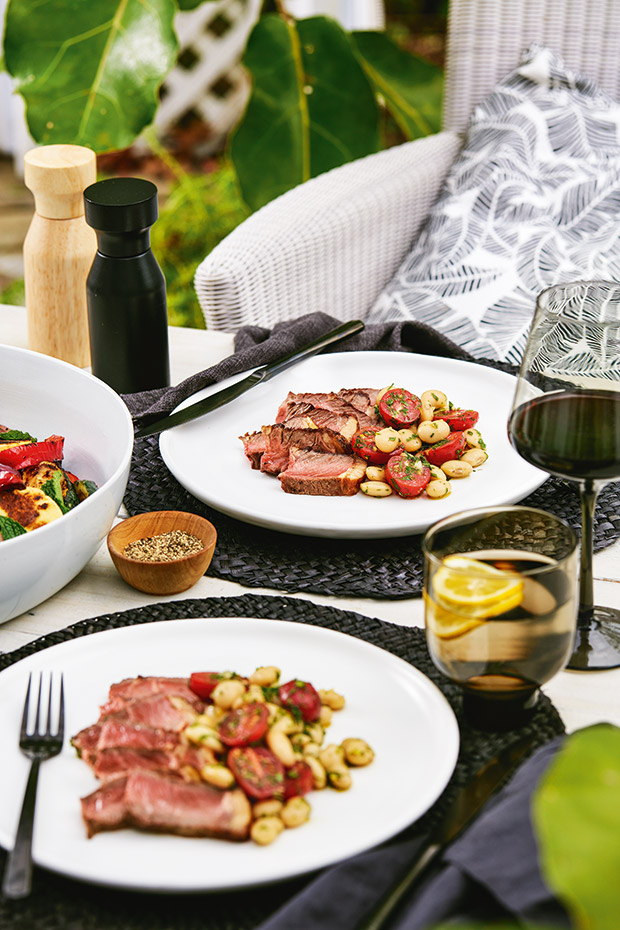 Put all ingredients in a bowl and toss gently. Serves 6

Using a vegetable peeler, remove the peel from 4 lemons (being careful not to include any white pith). Put the peel in a small bowl with 2 tablespoons lemon juice, ¼ cup plain salt, ¼ cup sugar, 3 fresh bay leaves (thinly sliced) and 1 red chilli (deseeded and coarsely chopped).

Cover and chill for 2 hours. Once chilled, tip the lemon peel mixture into a sieve and run under cold water to rinse off the salt. Dry thoroughly with a clean tea towel, then transfer to a small jar.

Cover with olive oil (you’ll need about 1 cup), then cover tightly and store in the fridge for up to one month. Retain leftover oil for dressings.