The way to roll in Whakatāne SPONSORED The iconic Lady on the Rock, a bronze statue atop Turuturu Rock, can be seen at the mouth of the Whakatāne River along Muriwai Drive.

The ocean’s heartbeat calls Kiwis to an idyllic playground in the Bay of Plenty where swimming, surfing and chilling out are only a few of the many ways visitors fill their holidays.

In the past 1000 years, wave after wave of hopeful arrivals has flowed into the coastal settlement now known as Whakatāne. Ever since its first inhabitant, Tīwakawaka (a grandson of Māui), excited arrivals have enjoyed holidaying in the legendary hours of sunshine while sharing the abundance of kaimoana and the fruits of the land.

Few leave voluntarily, and regular summer visitors only pack their cars for departure once promises are made to return soon. 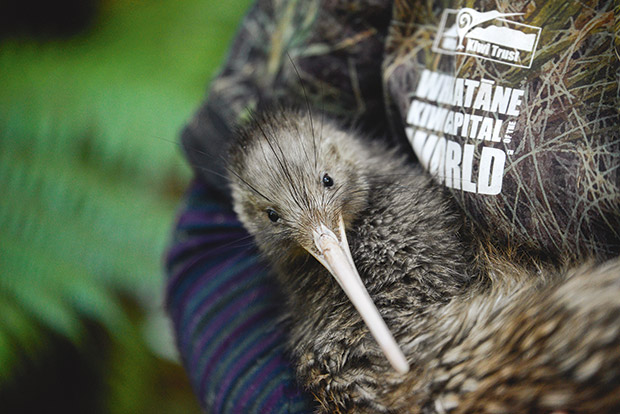 Two hundred years after Tīwakawaka landed on the sandy shores of the river inlet, another voyaging canoe, the waka Mātaatua, brought the kūmara and a young woman, called Wairaka, whose decisive actions led to the town being named Whakatāne.

When the mighty waka Mātaatua was at risk of drifting out to sea while Wairaka’s father Toroa and uncles Puhi and Tāneatua climbed the hill of Kapu-te-rangi to survey the surrounding territory, Wairaka called for the right to act as a man: “E! Kia whakatāne au i ahau”. Then she swam to the drifting waka and paddled it back to safety in breach of typical protocol that states paddling the waka is solely the role of men. She stands still, strong and tall, on a rock in the harbour’s entrance. 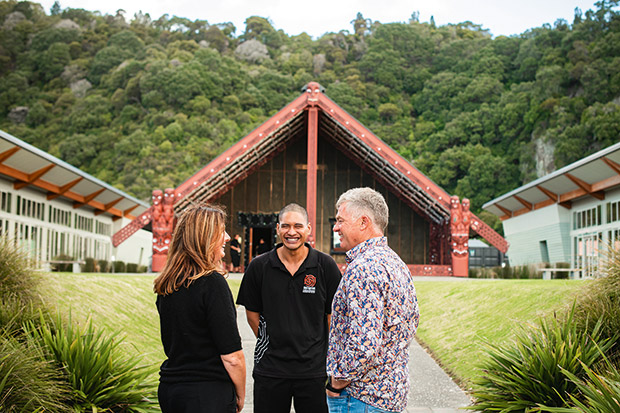 Mātaatua Wharenui, a fully carved Māori ancestral house that traveled the world for 130 years, is located on Muriwai Drive in Whakatāne.

Wairaka’s Whakatāne today is a warm-hearted place with a laid-back vibe, where the hustle and bustle of daily life is quickly forgotten and replaced with a “no worries” vibe. It is the sort of place where holidaymakers can wander across a quiet road and into a native forest glade before their Jelly Tip ice cream has melted, where they can amble beneath giant pōhutukawa and pop out at Ōhope Beach.

It is the sort of place where children can safely scoot off for adventures where adults aren’t invited. And where Kiwi kids are more likely to stumble across real live kiwis than anywhere else in the country. 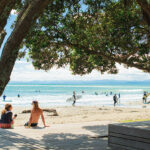 Ōhope Beach is a 10-minute drive from Whakatāne. 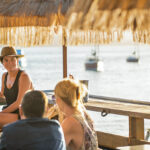 For Whakatāne is the Kiwi Capital of the World™ and one of the few places where kiwis are happy to hang out in suburban backyards. This is thanks in part to the community-led Whakatāne Kiwi Project. Twenty years of predator control and extensive native plantings in three scenic reserves close to the town has encouraged the precious bird back into living nearby.

Who could blame the national bird for wanting to chill in Whakatāne? It’s a classic Kiwi holiday heaven, even for kiwis. 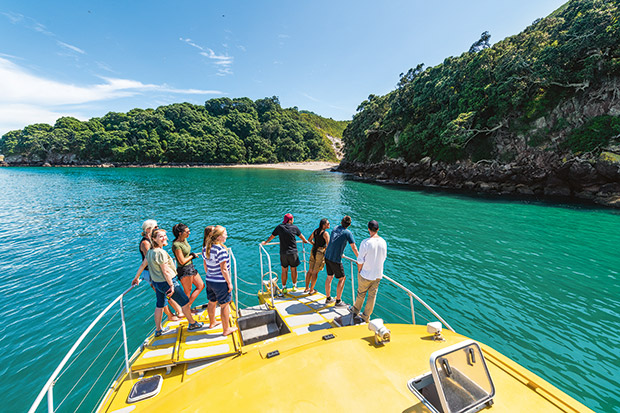 The wildlife sanctuary at Moutohorā (Whale Island), accessible by guided tour only, is teeming with native flora and fauna.

Where: Whakatāne is on the east coast of the Bay of Plenty, south of Tauranga and north of Gisborne.

How: It is easy to reach by car or air. It is an hour-and-a-half drive from both Tauranga and Rotorua and two and a half hours from Hamilton. Air Chathams operates three flights daily from Auckland into Whakatāne Airport.

When: Whakatāne’s coastal location and record hours of annual sunshine make this an appealing climate all year round though there’s no denying it is a famous summer destination for good reasons.

What: It has it all: a safe swimming beach, a river basin rich with recreational activities, great bushwalks, good cycleways and a beautiful and accessible marae of Mātaatua, Te Mānuka Tūtahi (The Face of God), at which visitors can enjoy an intimate engagement with the people of Ngāti Awa and spine-tingling experiences. Moutohorā (Whale Island), a pest-free oasis located 9km off the coast, can be explored by tour or guided kayaking trip. There are also high-quality facilities for golf, kayaking and sportfishing.

Accommodation: This region is well used to hosting visitors, and every requirement is catered for, from flash rental houses, motels and glamping options to the renowned Top 10 Holiday Park camping ground at Ōhope Beach. Campgrounds and campervan facilities dotted around town are popular for those seeking a laid-back beach holiday.

Did you know? Whakatāne stretches inland as far as Te Urewera and, with its proximity to the East Cape and the Waikato, is a gateway to road trips around the North Island. The coastal town, located off the Pacific Coast Highway, is the northernmost point of the East Cape road trip; the “slow route” from Whakatāne to Gisborne is one many would describe as a rite of passage. Heading inland is Whirinaki Te Pua-a-Tāne Conservation Park, an ancient forest considered one of the country’s most significant, precious and awe-inspiring.