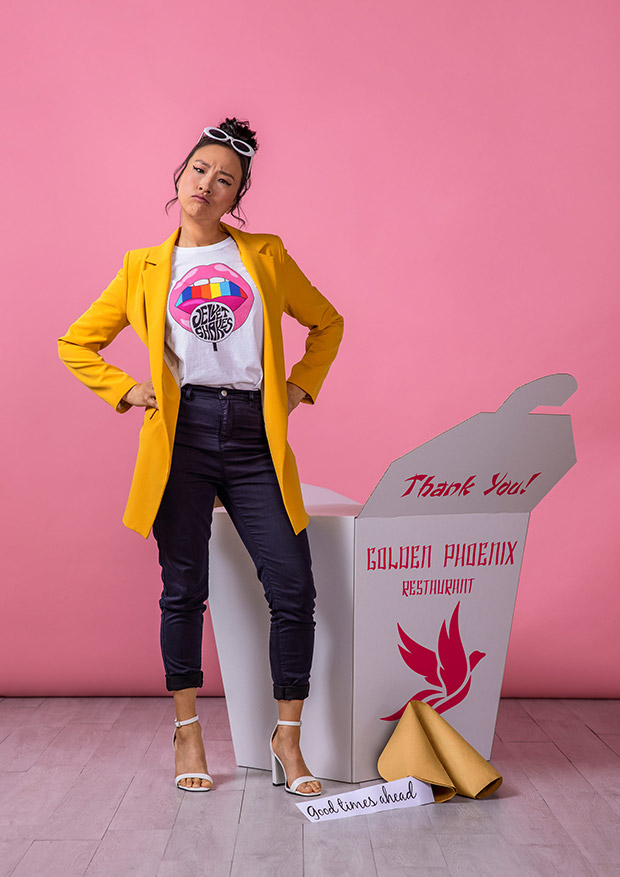 After sold-out seasons over the ditch, it is Auckland’s turn to experience this riotous family comedy from one of theatre’s most exciting contemporary voices, award-winning writer Michelle Law.

Originally commissioned and first produced at Brisbane’s Roundhouse Theatre by La Boite Theatre Company in 2017, Auckland Theatre Company (ATC) has worked closely with the playwright and relocated the play to Aotearoa, telling the story from a Chinese New Zealand family’s perspective.

Single Asian Female is the story of restaurateur Pearl Wong, a first-generation Chinese immigrant and single mother living in Mount Maunganui. She’s the quintessential Asian matriarch – balancing family, the business, and her love of karaoke. Enter her daughters; Auckland-based Zoe, in the throes of online dating and making big life decisions, and teenage Mei, who is grappling with her cultural identity in NZ. A universal story of mothers, daughters and sisters that will connect with many, this warm-hearted comedy tackles big themes with humour and a light touch.

Director Cassandra Tse (The Aliens, Gutenberg! The Musical!, Yellow Face) says, “I’m excited to have the opportunity to bring Single Asian Female to the New Zealand stage for the first time. Asian New Zealanders have been part of our country’s story since the mid-19th century but are still sorely underrepresented in all forms of homegrown media, including theatre. This play, about a Chinese diaspora family featuring three Chinese New Zealand women leads and directed by a Chinese New Zealander is a real landmark in terms of ATC’s programming, and one that I’m very proud to be a part of.”

Starring in the lead role of Pearl Wong is Kat Tsz Hung (The Gulf, Mystic, My Wedding and Other Secrets), who won Best Actor Festival Award in 2016 for the short film Wait. Kat is joined by rising talents Xana Tang (Mulan, Fresh Eggs, Matariki) and Bridget Wong (Shortland Street, The Prodigal Son, Mother) in the roles of daughters Zoe and Mei. Olivia Parker (Black Hands, Before Karma Gets Us, Canary in the Cradle), Holly Stokes (Legally Blonde, Mission Control Kids, Antony & Cleopatra) and Zak Enayat (Dead, Let’s Get Loco, Gays In Space) complete the effervescent cast.

Sassy, incisive and authentic, the Auckland Theatre Company season of Single Asian Female plays at ASB Waterfront Theatre 27 April to 15 May. Tickets are on sale now.

Michelle Law is an award-winning Chinese-Australian writer and actor. She wrote the highly acclaimed play Single Asian Female — commissioned by La Boite — which earned a 5-star Guardian review before transferring to a sold-out season at Belvoir St Theatre in 2018. The show has since returned to La Boite with Michelle in the lead role, and toured to Melbourne.

Michelle co-created, co-wrote and starred in the series Homecoming Queens, the first web series commissioned by SBS On-Demand. It won Best Screenplay at Melbourne WebFest in 2018 as well as an AWGIE Award. It also won Best Performance in a Comedy Series at the Equity Ensemble Awards in 2019.

Other television includes the multiplatform content for Flashforward (ABC); and story and interactive media for Slide (FOX8), for which she won an AWGIE. Her poignant short documentary, Suicide and Me (which screened on ABC2), centres around three young suicide survivors who confront the stigma surrounding the subject matter and ultimately inspire hope. She has presented a TEDx talk and is a prolific speaker about issues concerning female and cultural identity, as well as youth issues.

Beyond writing for television and film, Michelle is also a successfully published author. Most recently, she contributed to the anthology After Australia, with her short story Bu Liao Qing published through Affirm Press. Sh*t Asian Mothers Say, a comedy book co-written with her brother Benjamin Law, was published in 2014. She has also contributed to the collections Destroying the Joint, Women of Letters, Best Australian Comedy Writing, and Growing Up Asian In Australia. In 2016, Michelle won the Queensland Premier’s Young Publishers and Writers Award.