Transport World executive director Joc O’Donnell’s wedding gown will be among the items on display in the just-announced Tender Memories exhibit.

Wedding attire from Kiwi celebrities and designers will be unveiled at an exciting exhibit at Invercargill’s Bill Richardson Transport World, from 9 May to 30 September.

There’s just something about a wedding that captivates everybody – and a group of New Zealand’s biggest names are banding together to give the public an exclusive glimpse into their big days.

Better yet? It’s all in the name of a worthy cause.

A new museum exhibit, set to be unveiled at the world-class Bill Richardson Transport World (much more than ‘just’ a vintage truck museum, the largest private automotive collection of its type in the world boasts displays to intrigue people of all interests and persuasions) this winter, will showcase the wedding attire of much-loved Kiwi celebrities.

Joc O’Donnell from Transport World – executive director, entrepreneur, former member of the Prime Minister’s Business Advisory Council, and creative mastermind behind the development of the burgeoning southern tourism hub that, prior to COVID-19, drew more than 50,000 guests from around the world every year – says the Tender Memories exhibit has been a long time in the making.

“The details that are lovingly poured into weddings give people such an intimate sense of who the happy couple are,” O’Donnell says.

“I think that is what takes our fancy: each wedding is completely unique to the couple celebrating their special occasion, and it’s such a privilege to be witness to these little vignettes of who people are. Arriving as a guest at every wedding holds so much anticipation: there is such a build-up to seeing what the dress will look like, the flowers the couple has chosen, the details that have gone into the styling, the music. It’s always such a privilege to be among the crowd – and the opportunity to get a glimpse at some of the most well-known New Zealanders big days is what we wanted to offer our visitors.” 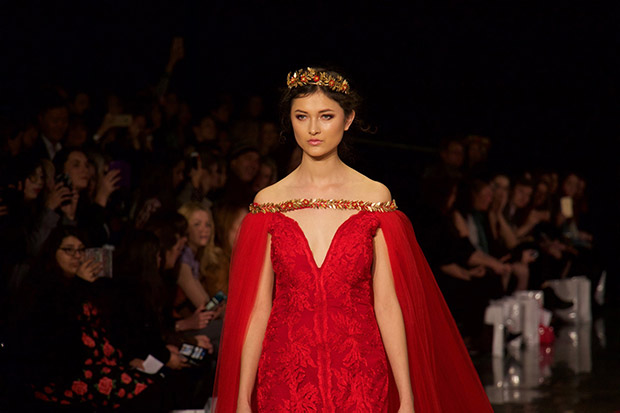 More than 20 Kiwi celebrities – from sports stars to television personalities and musicians – have agreed to loan the museum their wedding attire, which will be painstakingly curated into an exhibit that encompasses the diversity of how Kiwi love stories look and feel.

A portion of ticket sales from the exhibit, on display in the museum between May and September, will be donated to KidsCan: the charity that strives to help vulnerable New Zealand children and their families.

Renowned bridal designer Trish Peng is among the names taking part. The designer has offered up a selection of stunning gowns – including her record-setting red bridal gown, adorned with vintage Christian Dior lace, hundreds of Swarovski crystals, and a 20 metre silk tulle train – to be included in the Tender Memories exhibit.

“Most wedding gowns – both on the runway and off – are only shown or seen once or twice in their lifetime so it’s great to have the opportunity to go back down memory lane and revisit some iconic Kiwi wedding looks from over the years,” Peng says.

“I’m excited to once again bring out my red gown from 2016 for this exhibition, as its debut at New Zealand Fashion Week was one of the highlights of my career, and exhibiting it to help raise funds for KidsCan is the cherry on top.”

Work on pulling the exhibit is well underway, in time for the scheduled May unveiling. “Each element of a wedding holds such sentimentality, so we’re quite humbled at how many celebrities were willing to get involved,” O’Donnell says. “We can’t wait to share this exhibit with everybody.”

Visit: The Tender Memories exhibit will be on display at Invercargill’s Bill Richardson Transport World from 9 May to 30 September. For more information on the exhibit visit transportworld.nz

Celebrate: The Tender Memories exhibit will be launched with an exclusive, intimate long lunch. With food crafted by the renowned team at MASH Catering (helmed by chef to the stars Mat Jackson, who has created cuisine for names including Sir Paul McCartney, The Rolling Stones, and Beyonce – yes, that Beyonce), and the spectacular ambience at the world-class Bill Richardson Transport World, this glamorous affair will be one you will never forget. Numbers are strictly limited – secure your ticket at TW Events & Incentives.

Stay: Invercargill’s only Gold Qualmark-rated accommodation option, The Lodges at Transport World, offers luxurious boutique apartments directly across the road from the museum.

Getting there: Air New Zealand now offers direct two-hour flights between Auckland and Invercargill five times a week. Flights from all urban centres are also available.