This week in the water cooler: a winter weekend in Central Otago, wild waterways and their wonderful creatures, underwater world champions, and a towering construction. 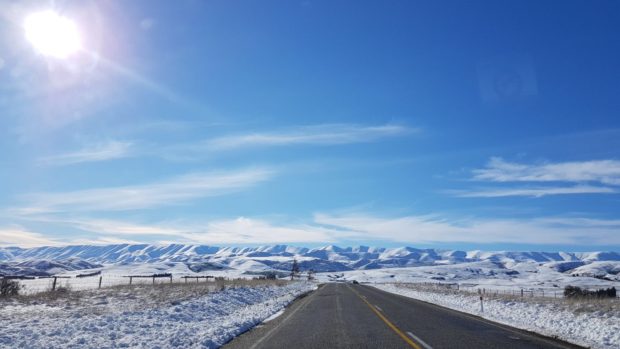 It was a family getaway weekend in Queenstown to celebrate my sister’s brief return from the Mediterranean where she, an acrobat and juggler, had just completed a contract as a professional entertainer on cruise ships. Truth is, we of the winter-white skins were so jealous of her tan we deliberately chose a destination with the promise of -6°C temperatures. The weather didn’t disappoint – it was a true tempest and truly freezing.

We stayed in our favourite place in the world – editor Kate’s Lombardy Cottage in St Bathans – where we watched torrential rain cause the stream to flood over the lawns. Next morning we awoke to see the flooding had become iced ponds and snow covered everything else. It was heaven. We were very tempted to snuggle further and just enjoy each other’s company while playing cards, doing jigsaw puzzles or reading books from the library. However, despite a washed-out road, we managed to find an exit and ventured forth to explore. Here’s my pick of five great things for a weekend in Central Otago and Queenstown:

1)      Pop into Arrowtown for a pie and fudge. Healthy eating be damned, I recommend going for a lamb and mint pie from the Arrowtown Bakery, followed by salted caramel fudge from the Remarkable Sweet Shop. It was a fantastic breakfast.

2)      Head to Naseby. The snow may have been knee-deep but the pub was open and the curling underway – we spent an entertaining morning watching the curling at the Naseby Indoor Curling Rink.

3)      Wander through the art galleries in the Cromwell Heritage Precinct. Not only is it beautiful down by the lakefront, the art is varied, and well-priced.

4)      Try the tasting platter at Wild Earth Wines in the Kawarau Gorge. The platter comes with a range of dishes cooked in their unique wine-barrel cookers. Add the wine tasting for the full experience.

5)      Finally – for the brave and/or stupid – throw yourself off a cliff. My husband and my sister loved the Shotover Canyon Swing so much, they did it twice, the second-time upside down hanging by their feet. My idea of a good time includes a glass of wine, not jumping from 109m above the river, with a 60m freefall and 200m swing… but they absolutely loved it. 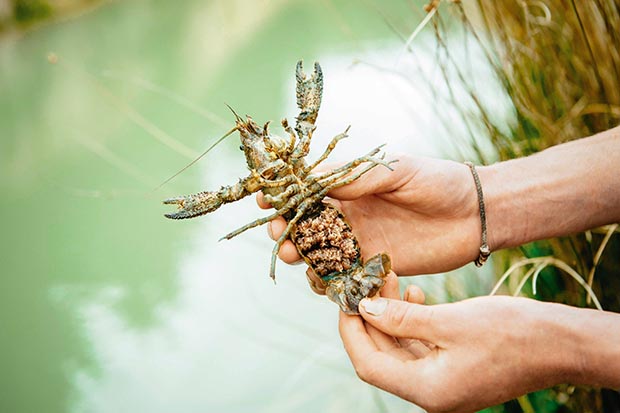 When I was growing up, I lived in a tiny farming community in what felt like the middle of nowhere. There were few neighbours and a trip to town was a huge event.

There were two creeks on our farm; the big creek, which the farm rules meant we didn’t go near without an adult (so we didn’t), and the little creek where we were allowed to play and which was our favourite spot. There were funny little creatures, quite tiny, about the length of half a finger in that creek. Today I know they were native koura or freshwater crayfish but back then I thought they were scary little aliens. There were also odd brown fish that we could never catch (and just as well because they turned out to be rare native fish).

Today, this amazing business is growing and harvesting koura for chefs around NZ. These little crustaceans are remarkable; just five per cent make it to their second year and they are excellent indicators of water quality (along with frogs).

My parents’ property, today, is surrounded by dozens of neighbours. It’s not that they’ve moved, just that Auckland is moving to them. What was a commercial farm is now a lifestyle block, however the creeks still do what creeks have always done. Sometimes, as with the big rains recently, they do quite spectacular things.

My parents have done their best to protect the water quality and that little creek of my childhood is now deep among more than a thousand native trees they planted out. I hope the koura have found it to their liking. I must go and look for some. Hands together for two world champion teams which slipped quietly back into the country Sunday week ago after winning gold medals at the World Underwater Hockey tournament in Hobart.

The Under 19 Women and Under 23 Women are the world champs (yet again in both cases). Their colleagues, the Under 19 Men, came home with bronze medals and the Under 23 Men were 4th overall.

Underwater hockey is a sport in which young New Zealanders dominate. During the 8-day, 10-country tournament, the Under 19 Women scored over 100 goals, with only one scored against, and they beat Australia in the finals 8-0.

Rome wasn’t built in a day, but I’m very excited about a speedy building project that is going to take place in New Plymouth as part of the Taranaki Arts Festival which runs from August 17 until September 3. The building project is described as “made with cardboard, piles of packing tape and people power, a tower will rise and rise in central New Plymouth”.

The man behind this, and other staggering tower constructions created worldwide, is French artist Olivier Grossetête who began creating his large scale architectural art pieces in 2002, and his towers have since been constructed during arts festivals all around the globe.

What I love about his work is that he takes inspiration from the architectural style of the city he is visiting and uses the people of that city to volunteer and construct the tower. This fun video shows a tower being built in Lienz, a historic medieval town in Austria during its Street Theatre festival in 2014, where the local architecture is clearly reflected in Grossetête’s design. I’m excited to see how my home town will be represented by this talented artist. Will he take inspiration from the iconic clock tower? Or perhaps the new Len Lye Centre? Either way, what goes up must come down and the demolition of each tower is worth watching as much as its construction.

The Arts Festival is an eclectic mix of music, dance, theatre, literature and along with Grossetête’s ‘People’s Tower’ is sure to be worth a visit.