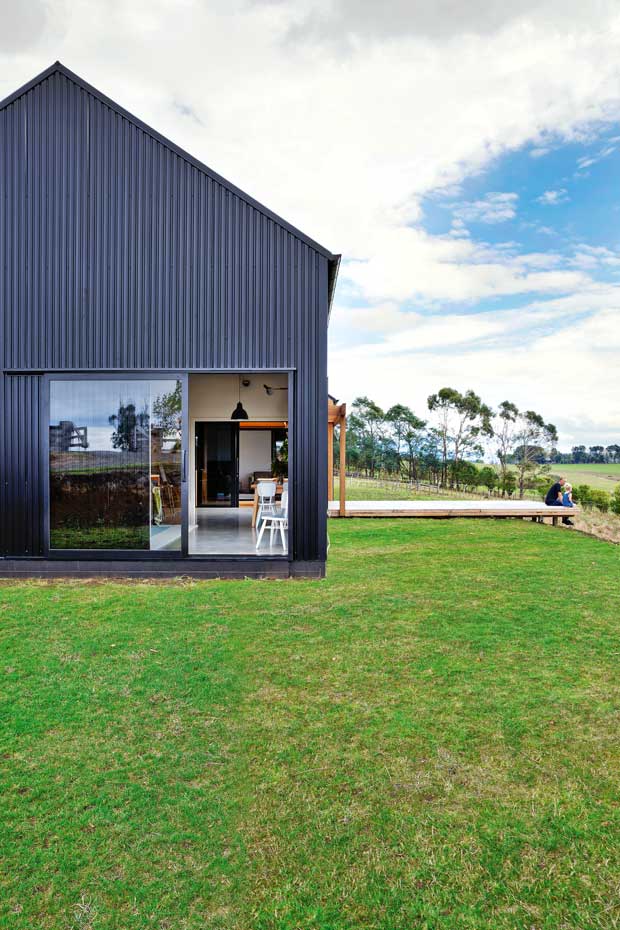 A small obsession with old barns played a big part in the design of this award-winning home. Follow Tane Cox’s tips to get the look.

Tane Cox of Red Architecture was barn-stalking long before he met clients Ben and Sarah Quinn, the proud owners of his award-winning design known as Modern Barn Home. “They call it barn typology, the study of barns, it’s amazing what you find when you start googling stuff. I’d always had an interest in… a bit of a weird fixation on looking at barns as I drove around.

Every part of your traditional barn is kept simple and designed that way for a practical reason. It was that pragmatism that was a big inspiration for the design of Ben and Sarah’s home, which took out the top prize in the Architectural Designers New Zealand | Resene Architectural Design Award. “The volume or the shape of them just depends on what it was you were storing in them, whether it was hay or grain or animals,” says Tane. “(Farmers) would actually change the shape and volume of the form to suit, and the form was kept very simple to keep it cheap. The materials would have been something like iron or timber sourced locally for cost reasons – they did all these cool things without realising it. “A farmer building a barn had a pretty pragmatic approach to it, which ends up in something quite honest and I guess that’s what we were trying to do.” The Quinns asked Tane to visit their site before they bought it, asking for his opinion on the block, a 10 minute drive from Hamilton, and what he could envisage. As soon as he saw it, Tane says he was reminded of the old barns he’d seen in his country rambles. “Barns are often in a pretty ideal location, and that was more for servicing the farm and being able to view different parts of the farm. “Often when you’re driving around they’ll be sitting in a place where you think ‘It would be wicked to live there, that old barn’s got a bit of a view out over that part of the farm.’”

More stories you might like:
Water Cooler: NZ's best chocolates, Ararimu School Agriculture Day and we wage a war on stickered fruit 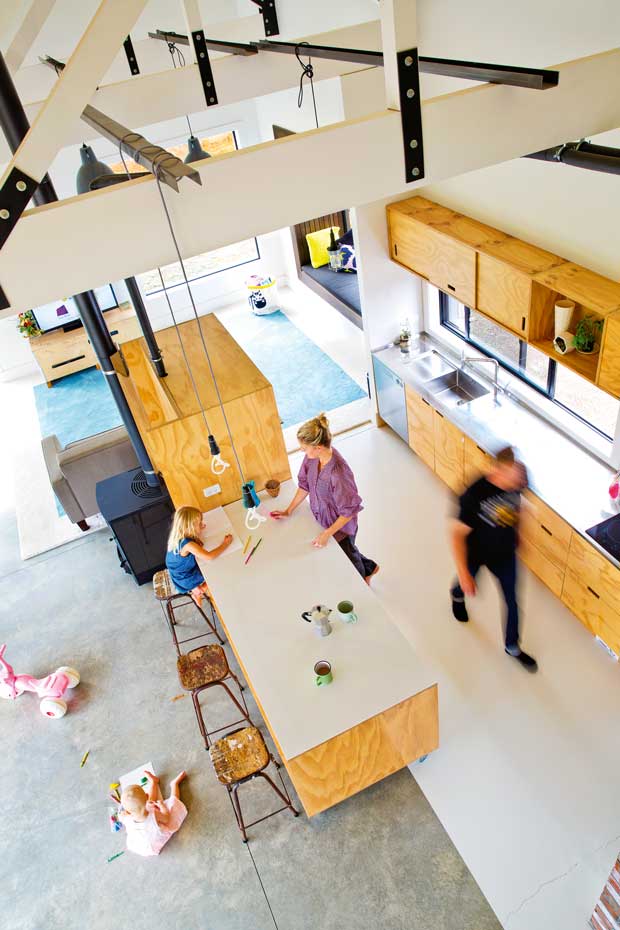 The shape Tane designed meant the layout was fairly logical, and kept to the pragmatic nature of the design. The living areas are at the north-west end, with a separate family room. The bedrooms are then stacked down a hallway, with a loft above for extra living space designed to be multi-purpose, again typical of what a barn would have. 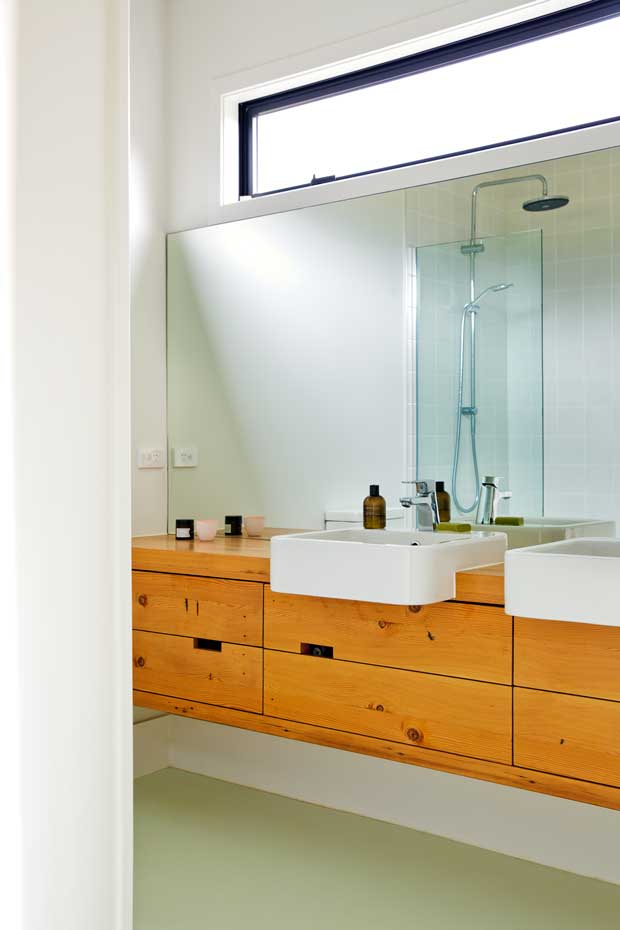 In the living area, painted wooden trusses with contrasting hardware are on display, set off against a practical honey-coloured plywood ceiling. “We didn’t overthink it too much,” says Tane. “We worked out where we wanted the trusses to sit, looked for exposed brackets and tried to keep some of the detail really honest. “I really like modern architecture but I don’t particularly like covering things up, and often a modern finish is covering up the honest part of the material. We were trying to get a modern look but relying a bit on the raw materials and the form of the raw material.”

You don’t see many house exteriors in black, despite its dramatic aesthetic. That’s because building regulations don’t allow its use on many types of common cladding like plywood and other wood products as dark colours cause the wood to heat up, twisting and warping them, often quite quickly. However, the colour was a key design aspect says Tane. “We definitely discussed it being black when we first did the conceptual design, mainly for keeping the form of the building just really crisp. We looked at black and white, but thought black in that setting would look really cool, and that’s what pushed us to using the vertical tin because it was a material that would stay stable in a black colour. “Timber can look fantastic painted black but keeping it stable once it’s black is really difficult. It was important that we weren’t compromising the longevity of the house either.” 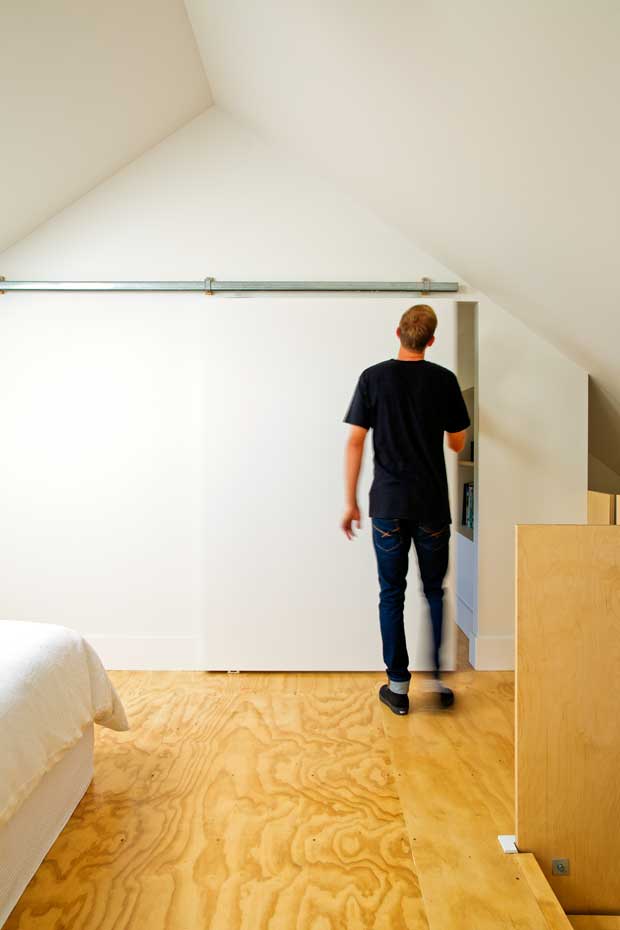 Black absorbs a lot of light and heat from the sun, becoming very hot. This has several side effects: the colour can change, the cladding can be damaged, and the cladding can radiate significant heat into the home. Tane chose tin to take care of the first two problems, but it’s clever design that takes care of the third, with the judicious use of cedar cladding in a ‘cut-out’ area at the front of the house. “If those (cut-out) areas are black they tend to radiate into each other and they do get quite a bit of heat, whereas the external face of the building, if that’s black, it just radiates out into the air. “That was part of the reason for changing the claddings where we did around the entry areas, it’s nice to soften it with a different material, and also it takes any radiant heat away.”
The home’s interior temperature isn’t affected because the walls are fully insulated. The kitchen design was also Tane’s, and it stayed true to barn typology, using a common building product that’s not typically associated with cutting edge kitchens. “It came out really good! And it’s not a high grade of plywood either, it’s just pretty standard plywood.” Plywood was also used as panels in the stairwell, and on the floor in the loft upstairs to contrast against the white walls and ceiling. The ceiling in the living area is a light blonde plywood, used as a contrast with the trusses. “It’s getting that balance, where you want to paint things out, soften and get slightly more natural colours, timbers and colours.” 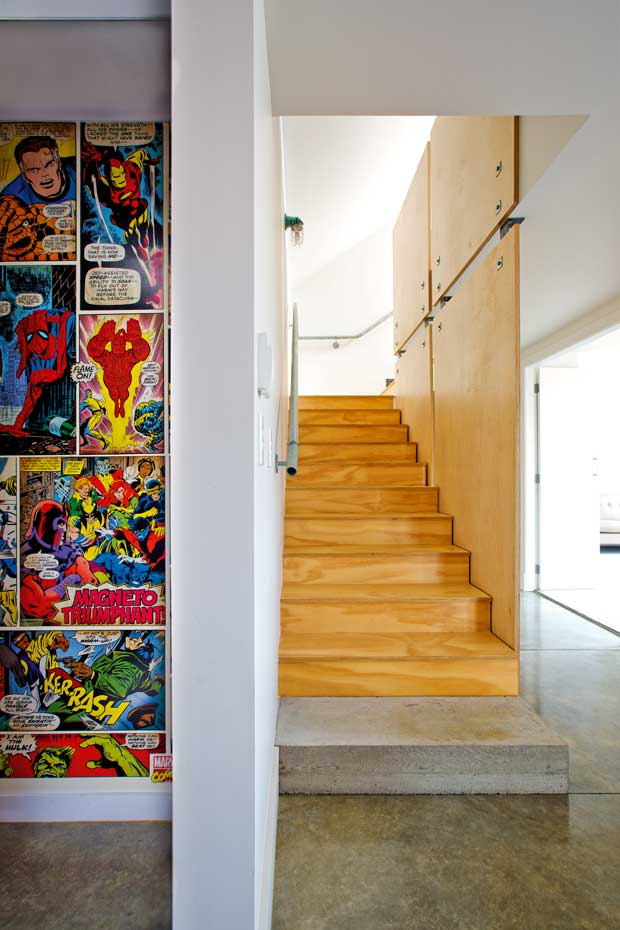 When you have a very high ceiling, knowing how to light it for night-time is difficult. However, this home takes a problem and turns it into a feature. “I’ve never been a fan of dropping things from such a big height,” says Tane. “There’s these steel U-section rails that sit on the trusses and the lights are just tied off. “If you can just imagine all the light fittings, if you take them all down you can pretty much pile them all up on the floor and they’ve all got long cords running off them so it gives them a lot of freedom – if they want to move their dining table around a little bit, they just move them.”

More stories you might like:
"Growing food and helping others is inspiring to me”: How Shannon Wright created her nutrient-dense market garden, Backyard Jem

Go with what makes you happy. “I always like talking to people who are looking at different ways to live. You get tunnel vision with how you think, everyone starts laying houses out how the next person lays them out and no-one’s thinking ‘Is this what suits me? “It might not be that conventional, and they get hung up on re-sale, trying to make sure the next person is happy, but if you look at what you wanted and how you lived, take a few risks, you can get some really good ideas. “It is a shame, because you’d be surprised at how many people would be interested in something you’ve designed yourself.” 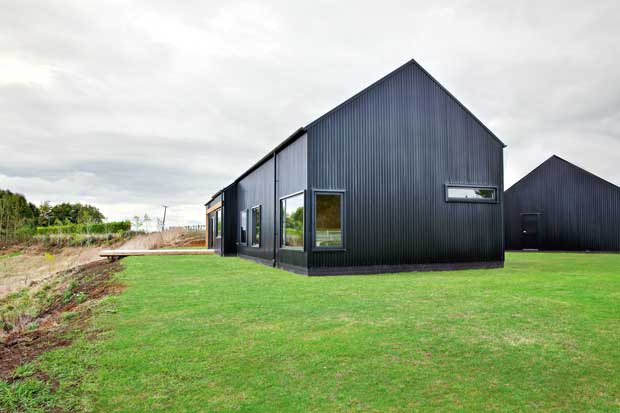 LOVE BLACK?
If you’d like to paint your home a dark colour, but your cladding is wood, there is paint technology that can help protect it. The Resene CoolColour range allows you paint dark colours, as its formulation means it reflects much of the heat that falls on it, making it slower to heat up, and the surface stays much cooler, even more than a much lighter colour. It also helps keep the coating, substrate and surface cooler, which can help to minimise heat transference inside. A secondary benefit is that the reduced stress on the coating and substrate helps extend their expected lifetime.
Source: www.resene.co.nz/comn/whtsnew/cool_colours.htm