5 non-edible ways to use grapefruit 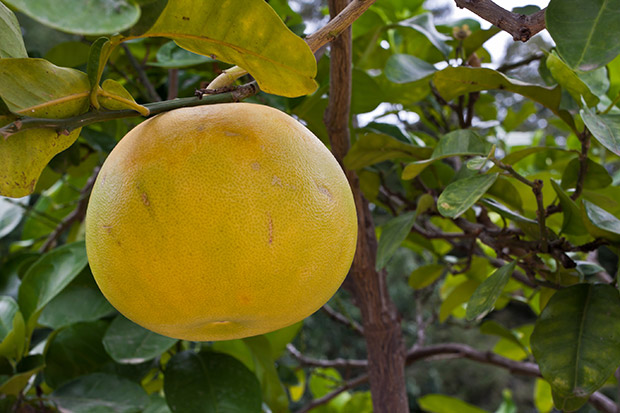 Grapefruit seem to be one of those contentious, love-it-or-loathe-it kind-of fruit. Here are some easy DIY ways to use up grapefruit that don’t involving eating them.

My husband and I have a peculiar knack when it comes to picking houses. We’ve lived at five addresses so far, and despite a dizzying array of water pressures, kitchen sizes and dubious colour schemes, one thing has remained constant. Wherever we go, there’s a particularly lush, verdant, productive grapefruit tree.

Which would be great if we liked the things.

Judging by the number of people we unsuccessfully begged to take our crops off our hands, we aren’t alone in disliking grapefruit. And fair enough, the NZ yellow-fleshed variety is particularly bitter. Even if you do like the taste, chances are high you’re on birth control, statins, antihistamines or another of the many medicines that interact with grapefruit.

The good news is, even if you don’t want to eat them and can’t get rid of them, they don’t have to go to waste. There are ways to make use of grapefruit without ever letting them touch your lips.

To get this out of the way: yes, you can compost citrus. Grapefruit will break down faster if they’re chopped up a bit. My technique is to run them over with the lawnmower, which satisfies my savage instincts and makes the garden smell glorious.

If you want to use up every last grapefruit without completely overwhelming your compost heap, you can dig them directly into the garden here and there or create a dedicated grapefruit ‘offal pit’ where they’ll break down, eventually. 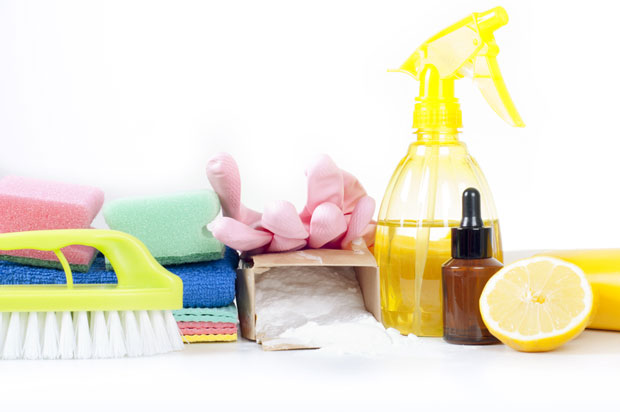 Cleaning the bathroom sink will never be my idea of fun but using a halved grapefruit as a sort of self-dampening scourer is somewhat satisfying. Sprinkle half a grapefruit with salt – coarse if you have it – and use it to scrub away anything from rust spots to limescale. It also works a treat on copper saucepans.

More stories you might like:
Water cooler: Unladylike ladybirds, a lazy granola recipe and models on horseback

For a showerhead clogged with limescale, squeeze the juice of a few grapefruit into a resealable plastic bag, tie the bag around the showerhead so the head is immersed in juice, and leave overnight.

If you already use vinegar as a spray-cleaner, give it some extra oomph by steeping grapefruit rinds in it for a few weeks. Strain the mixture and use, neat or diluted, for mopping floors, spraying down counters, cleaning windows and so on. Do a spot-test before you use it on newly-finished wooden flooring or granite countertops.

To loosen oily splatters in the microwave, nuke a halved grapefruit in a bowl of water for three minutes on High. Remove the bowl and wipe the microwave down with a paper towel. 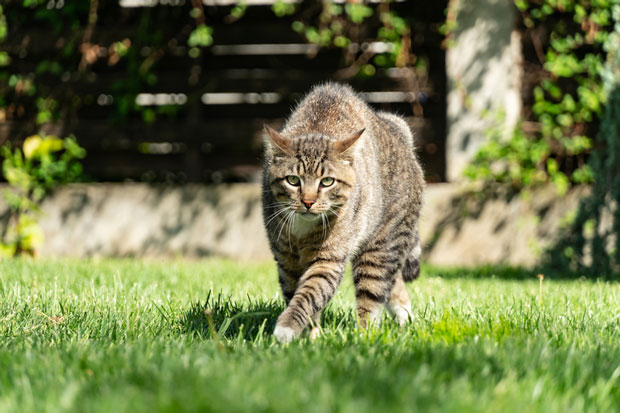 Sick of the neighbourhood cats using your garden as a latrine-night club-fight club?

Most cats don’t like the essential oils in citrus rinds. Chopped grapefruit rinds, alone or mixed with coffee grounds, are said to repel them. It would take a lot to catproof an entire garden, but it’s worth doing on a smaller area, like a temptingly new-turned patch of earth with seedlings.

If the cat in question is yours, scatter some rinds in your potted houseplants to stop them expanding the definition of ‘litterbox’.

To keep the scent strong, you’ll need to add fresh rinds every week or so. However, you don’t have to remove them as the old ones will slowly decompose.

Take advantage of grapefruit’s winter fruiting time by using the oily peel for fire-lighting. Peel the rinds and dry them for a few days – a dehydrator, oven warming drawer or even your hot-water cupboard will work – and toss a few in the fireplace every time you light it.

Is this a candle making idea? If so, would we need a wick too?
If you want to be artistic, fill silicone muffin tins with the dried rinds and add cloves, sections of cinnamon stick and small pinecones, then pour melted wax over the top. They’ll make your house smell like Christmas, which would be more appropriate in the Northern Hemisphere, I grant you, but life ain’t fair. 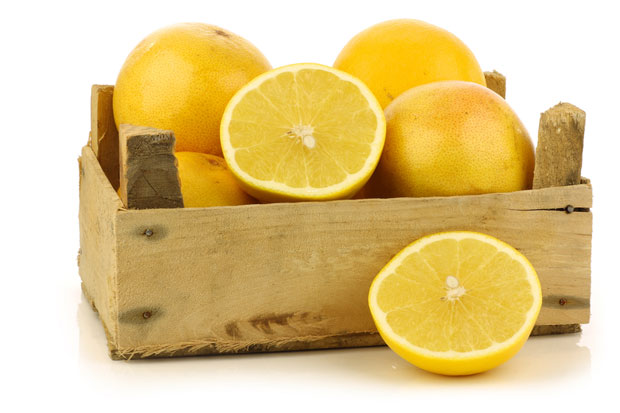 While you’re drying peels, pop a few into a mini-food processor or nut grinder and whizz them to a fine powder. Mix 1 Tbsp grapefruit powder with 2 Tbsp raw sugar, and you have yourself a cleansing, massagey scalp scrub to get rid of flaky skin. Scritch it into your scalp in the shower and rinse off thoroughly.

The obvious thing to do with an unwanted grapefruit tree, of course, is to chop it down and replace it with something more desirable, like a tasteful statue of Genghis Khan.

But before you expend effort in massacring a perfectly good, established root system, why not exploit it to grow citrus you actually like?

My childhood home featured a mandarin-grapefruit tree which at the time I thought was the height of Franken-science. However, you can go much further and graft lemons, oranges, lemonades, citrons and more to create one multi-purpose citrus tree.

The principle of cleft-grafting is simple. Basically, you’re just pushing a branch inside a slit in the sawn-off branch of another tree and letting the cambium layers under the bark heal together. In practice, it doesn’t always take, but what have you got to lose, other than some excess grapefruit?

To cleft-graft a grapefruit tree, choose the branch you want to replace and saw it off where the diameter of the branch is 2-3 cm thick. Use a sharp knife and a rocking motion to cut a cleft 5cm down the middle of the branch.

Next, you’ll need another citrus branch (say, from a friend’s mandarin tree) of approximately the same diameter and perhaps 10-15cm long. Pare the cut end at either side to make a door-stopper shape you can easily wedge into the cleft. Push the wedge into the slit, aligning the edges, and use grafting tape to bind the graft together. If the branch you’re grafting in is not as wide as the cleft, line up one side so the cambium layers are touching. Snip off any excess leaves on the grafted branch so it can direct all its energy into healing – you only want to leave a few leaf-buds. Within six weeks or so the graft should have begun growing.

Technically you don’t need to leave any branches of grapefruit at all, but perhaps spare one or two, in case you eventually sell the house to someone who likes the blasted fruit.

Or us, of course.

All about Meyer lemons and how to make lemon ice cream