10 things you may not know about guinea pigs 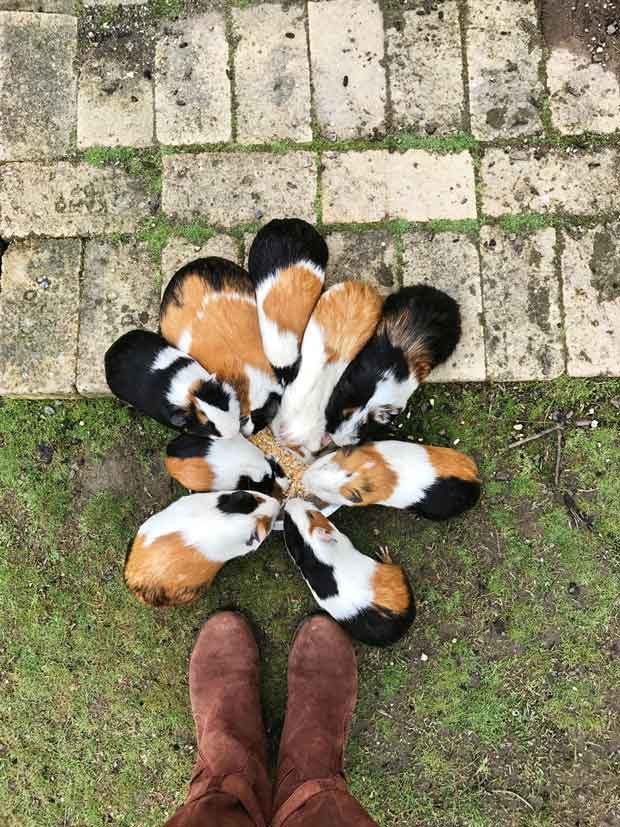 Nothing prepares you for the special challenge of caring for these pigs.

It’s 2am. In the light of the full moon they fan out across the grass. Our eco mowers, our living lawn ornaments, peacefully nibble in the glow.

At 7am there’s a cacophony. Scrabbling, high whistles, low rumbling. It’s a minor boy-gets-girl competition. The lawn is mown to the bone and they’re probably hangry (angry because they’re hungry).

But nothing could prepare me for the pigs.

A few years ago, friends gave us – I think they called it ‘gifting’ at the time – 12 guinea pigs. Our boys were tremendously excited. I resisted. Feeble squeaks. “Do we need that many? What will we feed them? What if they stink?”

They were declared free-range during the day after a short time in a pen to acclimatise them to our block. They immediately made for our tin shed in a line-up, nose to tail.  I fell in love. 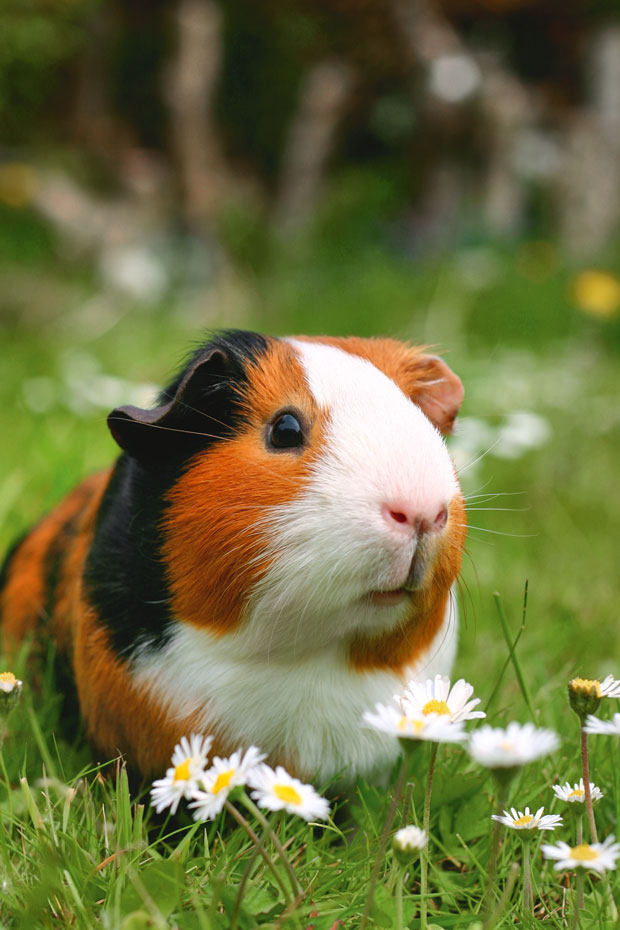 My morning routine quickly evolved into a trip to the fridge for carrots and apples. Then it was straight to the pen to see my new friends. There is no sweeter sound than the squeals, chortles, and chatter of our group. Their excited bursts as they race from one place of safety (the shed) to the next (the wheelbarrow). The way they hike themselves up when they run as if to reduce belly drag. The way they argue over a nugget of carrot, pulling back and forth until the one with the rugby player shoulders wins. The way they share it anyhow.

My heart swollen with happiness, I began to spread the love to friends, Instagram, and Facebook. They wrote: “Soooo cute!”, “Adorable.”, “What? Free-range? Tell me more!” and then “LOL good luck. Everything eats guinea pigs.”

Jason’s response made me freeze mid-scroll. He had no idea of the nirvana we live in. All my meditating. That had to count for something. This relatively non-violent property of ours was a safe haven.

“Aren’t you afraid they’ll go viral?” asked Kaye. “Ha, no worries about that,” I quickly typed. “Don’t you know everything eats guinea pigs?”

That may have been an ill-fated comment. On a rainy afternoon, we were lounging on the deck when the boys spotted a commotion in a puddle at the edge of the garden. They were off like a shot, no questions asked, hailing rocks at the enemy. They returned with Erica. She was a quivering wreck, having barely survived a near-drowning and neck puncture by a low-down, conniving, murderous stoat. In broad daylight!

We have been on high alert ever since, but the problem is clear. Everything eats guinea pigs. 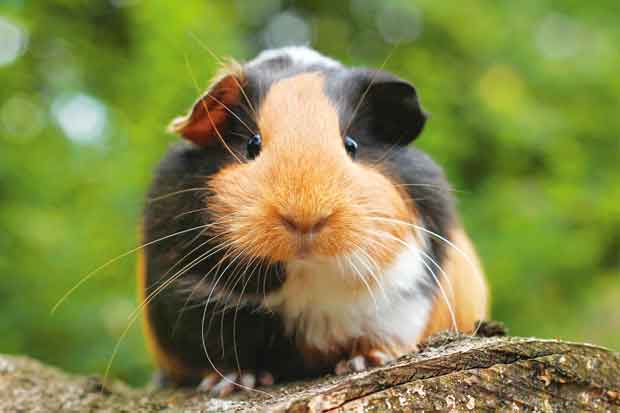 We also ended up with rats taking newborns. A full-scale rat trapping mission was launched. I’m saving up for a Goodnature™ Rat and Stoat trap. Friends with dogs visited under my watchful eye. One found a rat almost as big as him.

The herd now has special covers that they can hide and sleep under during the day. There’s also a nursery, a house with a ramp to an ‘upstairs’ level with bedding, and a large, fully enclosed outdoor mesh area that is moved around on the grass for constant fresh feed.

The guinea pigs are busy, despite the dangers. I’m not one to pass comment on anyone’s lifestyle but there’s a lot of hanky-panky that goes on between brothers and sisters.

1. Guinea pigs are not from Guinea and are not pigs. They are domestic versions of the wild cavy, a small rodent native to Venezuela, Peru and Brazil. They are more closely related to beavers and chinchillas than to rats and mice.

2. They have been kept as pets for hundreds of years. Queen Elizabeth 1 had them as pets in the 1500s.

4. In parts of South America, cavies are an important source of meat as they are fast to breed, quick to grow, and much easier to manage than larger livestock like sheep or cattle. The meat is high in protein and low in fat. Some say it tastes like a cross between pork and rabbit, others say chicken and duck. All agree it is oily, similar to duck.

5. A happy guinea pig jumping into the air and bucking is said to be ‘popcorning’.

6. Males are boars, females are sows, babies are pups, and a group is a herd.

7. Guinea pigs are naturally quiet but do have a vocabulary. They whistle and squeak when excited, and purr (like a cat) when relaxed (deep pitch), when annoyed (high pitched) or when scared (short). They hiss or chatter when angry or aggressive.

8. Food bowls need to be hard plastic, stainless steel or ceramic as guinea pigs will chew up anything less robust.

9. Guinea pigs are vegetarian and can be quite fussy. Introduce them to a wide variety of foods when they are young, as they don’t cope well with changes to their diet as adults.

10. Guinea pigs are great nappers. They will sleep for short periods (30 seconds to 5 minutes or so) at any time of the day or night, for a total of about four hours per day. They often sleep with their eyes open, looking like they are in a trance. An animal in a very relaxed state will close its eyes. 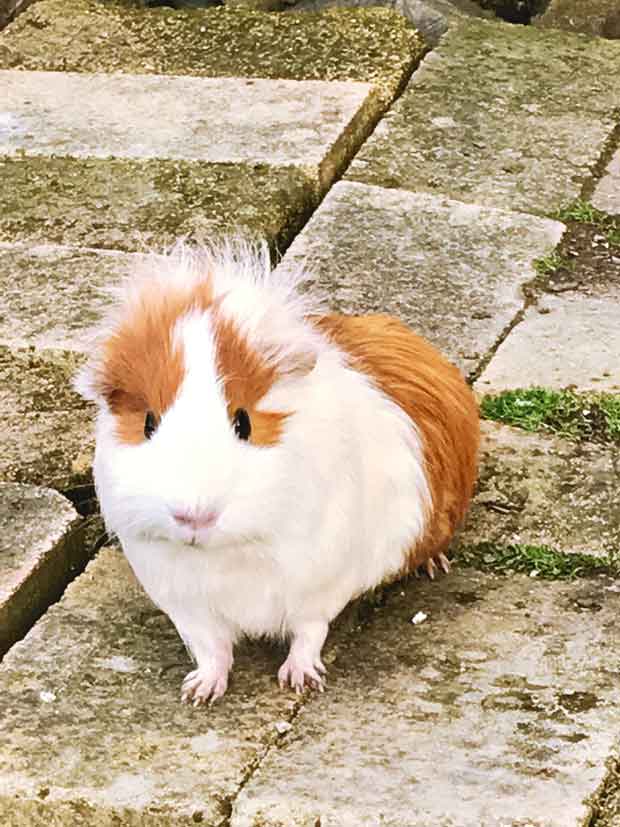