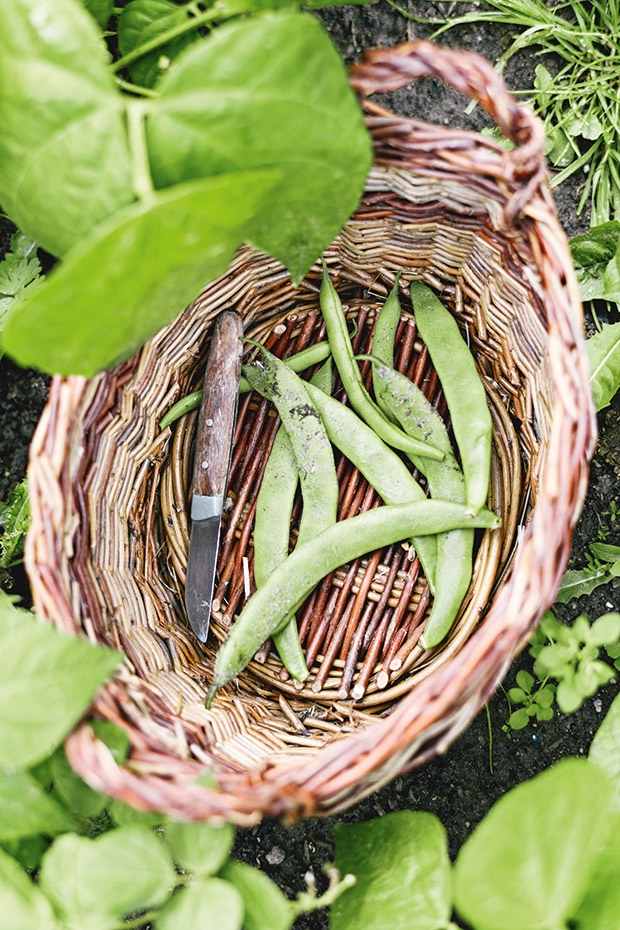 There’s one non-negotiable, flavoursome, highly productive vegetable in Jenny’s summer garden, and it saves her money.

It’s a cliché to say you can’t beat the taste of home-grown vegetables, but in the case of fresh green beans, it’s true. They taste better, and they keep better too.

Growing beans can also save you buckets of cash. Climbing runner beans are extremely productive for the space they take up, producing up to three times the quantity of bush varieties. Each plant yields a kilogram or more of beans. A 2m row of runner beans will feed a family of four for most of the summer.

We grow a lot more than this as we experiment with purple and yellow varieties.

Unlike most other beans, runner beans (Phaseolus multiflorus) are perennials. The thickened root or crown can be left in the ground after it dies back in autumn. It will resprout in spring, reaching harvest two to three weeks earlier than runner beans grown from seed.

It’s called the ‘seven-year bean’ because of its longevity. However, practically, the plant is likely to run out of steam before seven years are up. It’s best to replace plants after 2-3 years, when they start to lose vigour.

READ MORE: How to deal with a runner bean glut plus two delicious bean salads to make

The runner bean suits my garden’s cool, North Canterbury climate better than dwarf snap beans. Plants continue to set pods in unfavourable weather; I suspect it’s why English gardeners like it, as it can cope with their notoriously inclement summers.

The plant originates in the tropics, where it grows at high altitudes in the cold and drizzle. However, it is frost tender and will rot in cold, wet soils.

These beans have a need for speed

Runner beans get their name for the speed at which they can grow up a stake (think Jack and the Beanstalk!). Once it gets warm, runners take off like triffids, twisting and twining, wherever their tendrils can find something to hang onto. They will grab onto whatever they can find: shrubs, trees, guttering, so it’s important to have a climbing frame for them.

Options include:
• a sturdy 2-2.5m trellis
• on strings hung from a support
• on 2.5m stakes set to lean inwards to form a tripod structure.

Avoid plastic coated strings or wires as the beans have difficulty climbing them.

If you get confused reading about types of beans, you’re in good company. They can grouped by:
• growth habit (dwarf versus climbing)
• pod shape (round, flat etc)
• whether they are preferred by the English or the French
• the stage at which they are eaten (dry or fresh)

Just to add a little more confusion, many beans belong to more than one category.

From the gardener’s viewpoint, the most useful category is whether they are dwarf or climbing, in which case they need a trellis.

Both dwarf and climbers are warm-season vegetables, requiring frost-free conditions for germination and growth. In temperate areas, the growing season is 5-6 months. Where we live, in inland Canterbury, it’s more like 3-4 months.

Tender, sweet, suit a warmer climate. They’re not named after the country, but because they are the preferred choice of French cooks. They originate from Central and South America, where they have adapted to a wide range of habitats, from temperate to tropics. 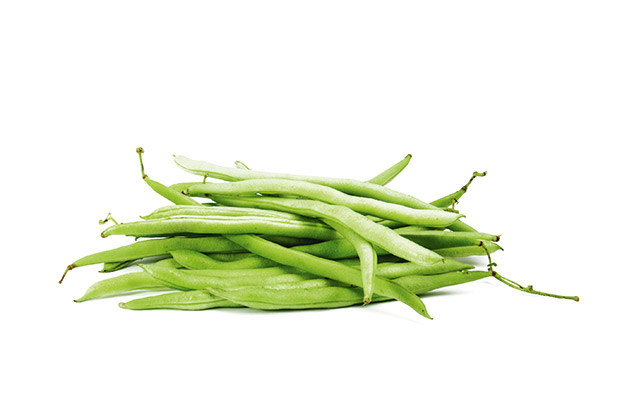 More stories you might like:
How Polly Greeks uses a pizza oven for off-grid living (plus her time-tested oven tips)

French beans include both climbing and dwarf varieties:
• dwarf varieties crop faster than climbers, but their harvest season is shorter;
• climbing French beans crop over a longer season and can produce up to three times the quantity of dwarf beans;
• dwarf beans are a useful early crop, then climbers take over;
• both are annuals.

We prefer runner beans as they have a more robust taste and texture than French beans:
• the beans are larger with long, flattened pods;
• the skin has a rougher texture;
• when young, they are crisp and tender, with a superb flavour;
• seeds are a rather gorgeous purple colour, unlike the pale green seeds of French beans. 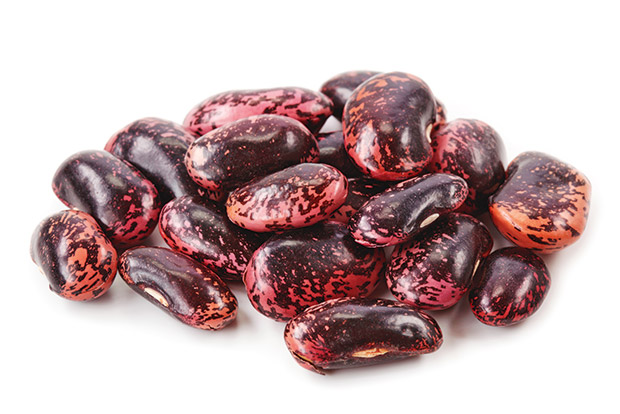 Beans prefer a sunny situation, preferably with some shelter, as the leaves are prone to wind damage.

They like a well-dug, well-drained, compost-enriched soil. We dig in barrow-loads of compost and this usually lasts the growing season. A side dressing of fertiliser around flowering time can increase yield and quality, but too much nitrogen fertiliser will result in overly leafy growth and less beans.

In the North Island and Nelson, beans can be sown from mid-October, with a later sowing in December-January to extend the harvest season. In other areas, it’s best to sow when all danger of frost is past, or start seeds indoors. Sow in peat pots, ready to plant, as they resent transplanting.

Don’t soak seeds overnight, as you may do with others, as it can encourage them to rot. Outdoors, seeds are sown 2-3cm deep, and 7-15cm apart.

Once the beans are 15cm long, start picking. At peak production, runner beans should be checked daily. Always pick before the pods become lumpy from swelling seeds, as they will be tougher and less palatable.

Remove all beans from the vine, even if you don’t want to eat older, drier ones, to encourage flowering and more beans. Cut or snip beans, rather than pulling them, as it’s easy to damage the stems.

For the best flavour, eat straight from the vine. You can store them in the fridge for 2-4 days, or process them for freezing.

To prepare, rinse and snip the ends. Any longitudinal strings should be removed with a sharp knife or potato peeler.

There are only a few varieties of runner bean. Whatever variety you choose, your time spent preparing the garden, sowing seed, and looking after the young plants will be well spent, paying off in delicious, bumper crops of fresh beans.

1. Scarlet Runner
Best known of the runners, striking scarlet-red flowers, which in their native habitat attract hummingbirds. Ornamental in your garden, even if
you don’t eat beans. 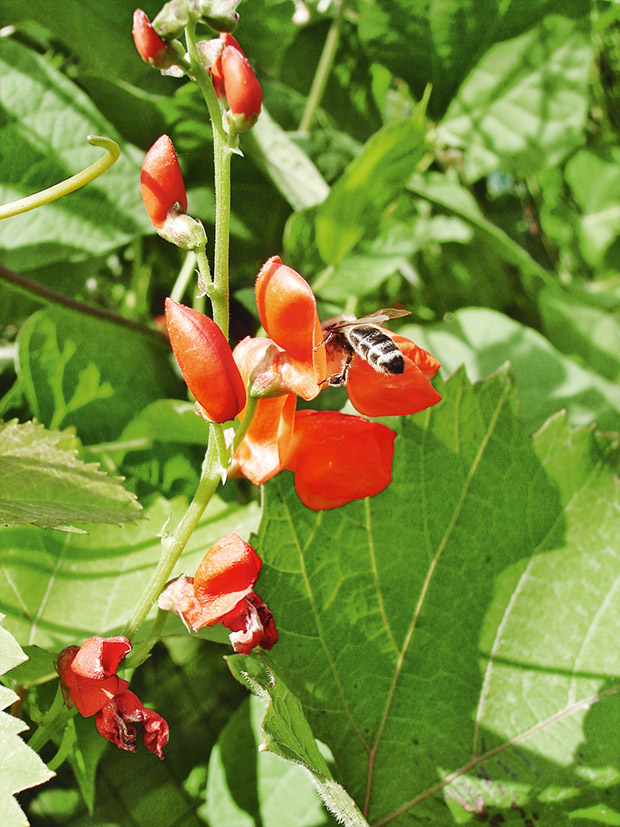 2. Stringless Scarlet Runner
Worth the effort finding this variety, as it has less of a tendency to form tough ‘strings’ on the beans.

3. Purple King
I love the purple stems, violet-purple flowers, and flat, dark-purple beans. Vigorous, will continue to produce late in the season, tolerating colder weather and even resisting a light frost. Unfortunately, the beautiful purple colour fades on cooking. 4. Neekar Golden Runner
This produces less beans, and needs more warmth than Scarlet Runner, but the flavour and novelty is worth it.