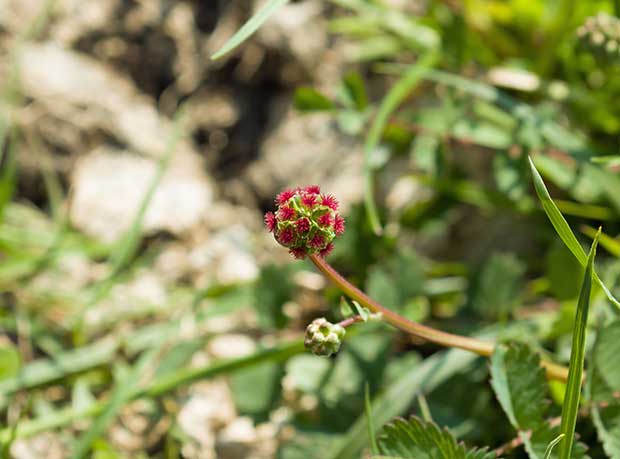 This backyard herb has a colourful history, it was prized by Roman soldiers for its medicinal qualities and used in the 16th Century as a wine additive.

1. The genus name Sanguisorba comes from the Greek ‘sanguis’ meaning blood and ‘sorbere’ to staunch because of its traditional use stopping bleeding, both internally and externally. The great, 16th century English botanist John Gerard described it a ‘capital wound herb.’

2. The disinfectant and antiseptic properties were also valued for sores, sunburn, bites and ulcers. There is little research to confirm salad burnet’s blood flow reducing properties, though it does show some antibiotic properties.

3. Salad burnet’s most famous use was probably added to claret or ale or refreshing summer drinks. According to Gerard it would “make the hart merry and glad, as also put into wine, to which it yeldeth a certain grace in the drinking.”

4. Herbalist Nicholas Culpeper, author of Culpeper’s Complete Herbal (1653) called salad burnet ‘a most precious herb’ and said the continual use of it ‘preserves the body in health and vigour.’

5. Drunk as a tea it is mildly diuretic. It is astringent and was valued as a tonic, for aiding digestion and relieving diarrhoea. As a cooling herb it was used to promote perspiration.

6. A larger plant, the great burnet (Sanguisorba officinalis) was preferred as the official medicinal herb, probably due to its size, however both species have similar medicinal properties.

7. Salad burnet’s flowers are female at the top, male at the bottom and hermaphrodite inbetween.

8. The Romans took salad burnet into battle, believing its blood-clotting properties would save them if they were wounded

9. An infusion of salad burnet was believed to cure gout and rheumatism.

10. A facial wash can be used for sunburnt or troubled skin.

11. Salad burnet can be used to stabilise banks, in rock gardens and does well in a mixed meadow.

12. It is one of the few plants not overwhelmed by mint.