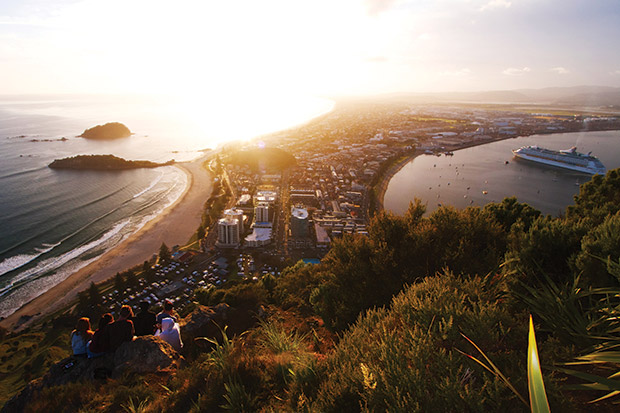 Explore these scenic hotspots without the crowds, enjoying the calm of centuries-old trees and the drifting mist of a hidden waterfall.

Rugged hilltops and extinct volcanic cones are stark contrasts to the white-sand beaches that twist and turn their way down much of the North Island coastline. New Zealand’s most populated island offers secluded nooks and crannies – both at and high above sea level – that act as a refuge for city dwellers.

It’s an ever-changing landscape with plenty of magic to spare for its residents, from the towering kauri trees near the Bay of Islands to the photogenic summit of Mount Maunganui. Fresh air and a brisk walk can do wonders for the soul.

Mahinepua Peninsula walk
For a walk that starts seemingly in the middle of nowhere, Mahinepua Peninsula Track doesn’t disappoint. The three-kilometre coastal walk begins at Mahinepua Beach (about 90 minutes’ drive north of Russell) and carries on along the picturesque peninsula, with some sheltered bays and challenging hills on the way. A final loop at the end rewards hikers with views of the Cavalli Islands and Cape Brett peninsula. Manginangina Kauri Walk
The Manginangina Kauri Walk in the Puketi Forest weaves through a kauri forest and swamp on a boardwalk suitable for all ages. As one of the most diverse forests in the country, Puketi supports nine threatened fauna species and several others which are endemic or regionally significant. 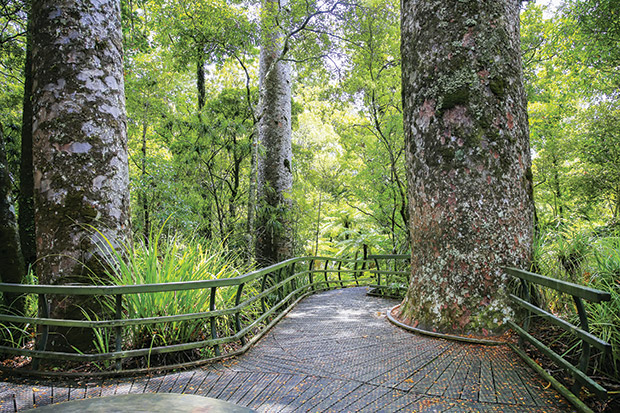 Pāpāmoa Hills
About a 20-minute drive south of Mount Maunganui, the Pāpāmoa Hills Regional Park gives locals a similar coastal viewpoint with a tad less huffing and puffing. The 135-hectare park is best known for a walking track that weaves through native bush and open grassland and ends with a panoramic coastal vista (with plenty of cows nearby). 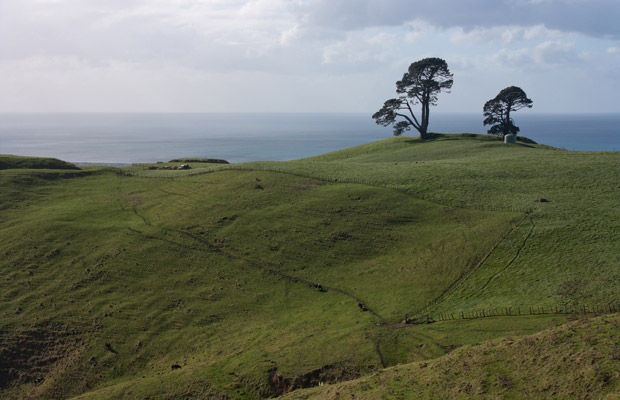 Te Puna Quarry Park
Te Puna Quarry Park is an award-winning community garden created by volunteers in a disused quarry 15 kilometres north of Tauranga. The property is defined by specialized plantings and individual gardens such as sensory, butterfly and bonsai. There is a native arboretum, waterfall picnic areas, history to learn and more than 40 sculptures in an ever-increasing collection of local works. 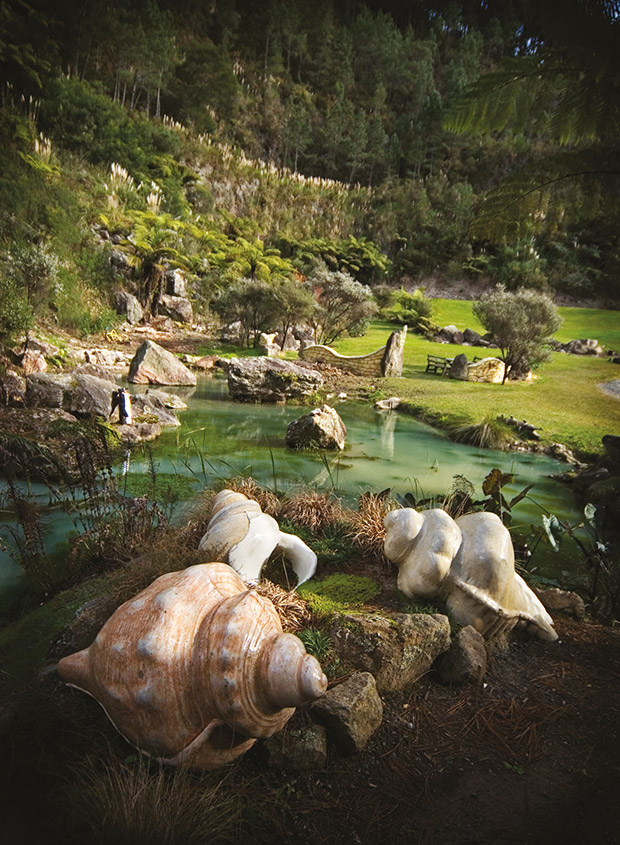 Mount Maunganui
Mount Maunganui is a curious thing as it is both an extinct volcano and a tombolo which is a mound (or tumulus) at the end of a sandbar. And this is the fun thing about tombolos — on one side is a crashing ocean beach, and just a (big) stone’s throw in the other direction is more peaceful Pilot Bay.

Walkers can choose between the base track, a 45-minute walk around the maunga, or a steep hike to the summit. If a photo is worth a thousand words, then the peak is worth much, much more. The iconic viewpoint, immortalized on countless smartphones and cameras, is synonymous with Mount Maunganui and Tauranga.

Kaiate Falls
Kaiate Falls, about a 25-minute drive from Tauranga, is proof that the journey is sometimes just as good as the destination. The 45-minute loop walk rises along three tiers of cascading waterfalls and concludes with a real showstopper — the lower waterfall dramatically plunges from 15 metres high into a wide pool of water below. 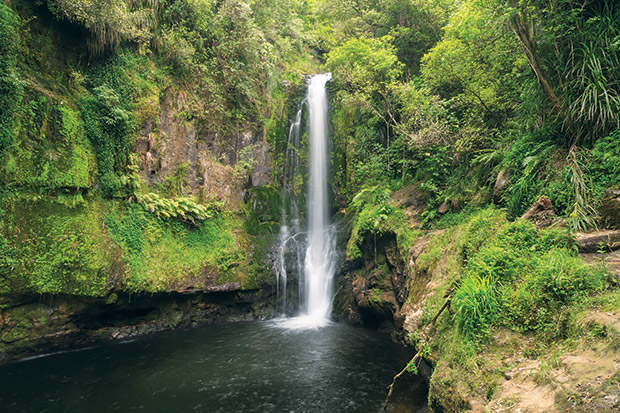 Waterfront
If Wellington is viewed as an amphitheatre — with the harbour centre stage — then the waterfront offers the best seats in the house. With backs to the city and the harbour stretched out below, there’s nowhere better for a brisk urban walk. Mount Victoria
Mount Victoria is another not-to-be-missed peak that rewards with a 360-degree city view and — for the reasonably fit — no public transport is necessary. Information boards at the Mount Victoria lookout area take walkers through Wellington’s geological history and how the city took shape with the help of a few earthquakes. Mount Kaukau
Mount Kaukau is Wellington’s highest point and, as such, is a drawcard for many a walker. The path is steep, but it’s well-formed, and most ages and abilities can manage it so long as they can handle steps. The view (with accompanying self-congratulatory hilltop selfie) is most certainly worth it. 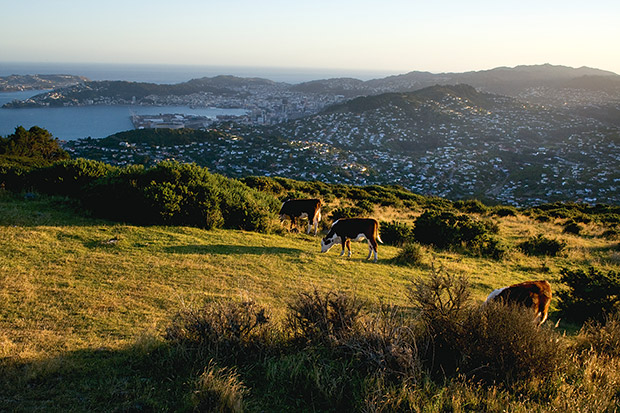