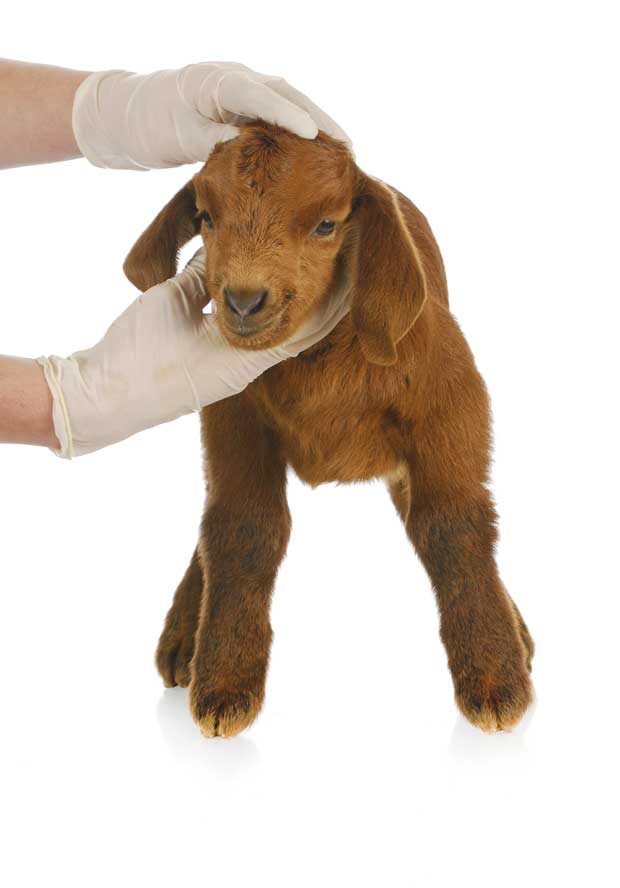 When you have four cats, two dogs, a horse and 13 goats, vet bills are inevitable, but there is a way to save a lot of money.

Some months, the numbers on my vet bill are enough to make me wince. But there are simple tricks to keeping vet bills as low as possible, and you become a better farmer to boot.

That means being observant, knowing your animals well whether they are dogs, cats, chickens or livestock on pasture. Even a few minutes of observation, morning and night, will build up your knowledge of what their ‘normal’ is; then, anything that’s not normal will stand out immediately.

An animal that looks ‘off’ might have eaten too much, it might have a worm burden, or it might be suffering from something else. An animal that is walking in circles or has one ear up and one ear down is giving you important clues to its health status, or lack thereof, not just looking ‘quirky’.

There are basic health checks you can do every week, or more often. One of the important ones for a goat owner or anyone who has young animals of any kind – lamb, calf, puppy, kitten – is to know how to check an animal for anaemia, an early indicator of a heavy parasite burden.

A quick glance at the inside of the eyelid and pressing a finger into the gums are two relatively easy checks for me with a herd of tame goats, but a somewhat different prospect with not-so-tame livestock like sheep or cattle. Having a strong race, either portable or permanent, is one of your best investments, or buy in a bottle of wine or some beer and cultivate a relationship with a neighbour who has them.

Not all equipment is expensive though. A rectal thermometer is very cheap ($8-$20) and a temperature reading can tell you a lot.

Have you ever noticed an animal breathing? It’s something you won’t typically notice until an animal is struggling because it’s making more of an effort, heaving its diaphragm. My first clue to a sick goat was noticing from over 100m away that he was obviously breathing, his little body moving slightly up and down compared to the stillness of the others.

But mostly, by observing initial symptoms and taking prompt action – almost always of the veterinary kind – will mean you give an animal the best chance of regaining good health. A speedy response also gives the vet the opportunity to use everything in their arsenal to fight whatever it is – leave it too long and they run out of options – and whatever is wrong can be stopped earlier in the process. The longer you leave it, the more expensive the options become, and it also gives a disease or illness a chance to take hold of an animal and depress it; for many animals, once they decide to give up, it’s all over.

That is a big price to pay, for you and them, and it’s a very depressing way to farm. Knowing my animals well and understanding the basics of animal health such as nutrition, good pasture management, drenching and vaccinations, has saved me a lot of money over the years. There are still big bills from time to time, but they could be bigger, or worse, they could be final. When you have old animals like I do you’re always expecting a final bill, but a big bill prevented is the best kind of all.