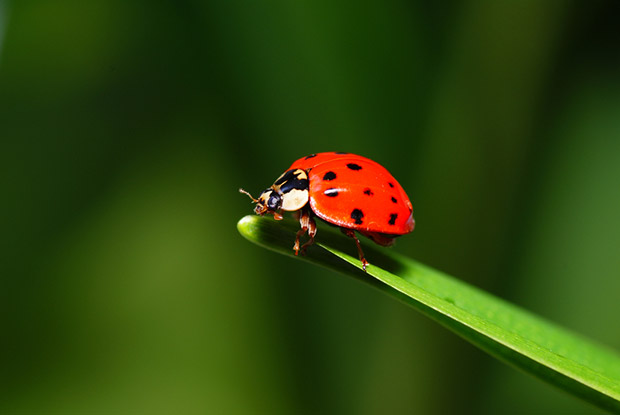 Some creepy crawlies might invade your home this winter, while others are accidental visitors. 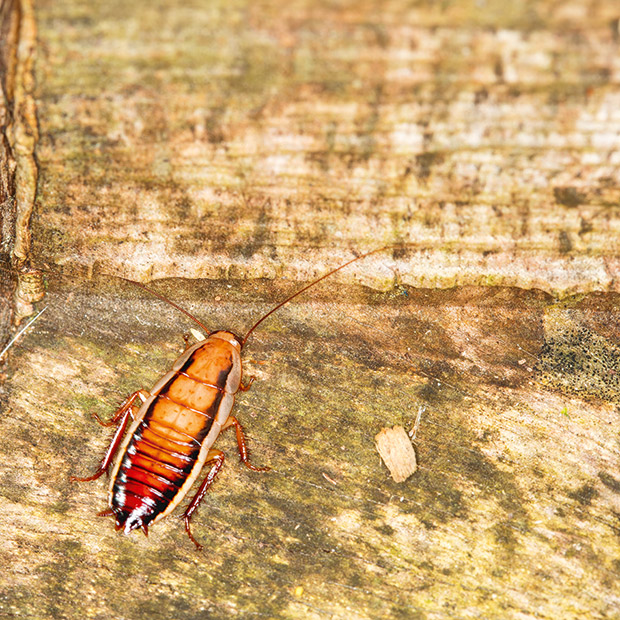 Cockroaches get a bad rap, despite being one of the world’s most important recyclers.

The ones to look out for in winter are the German (12-15mm long, two stripes on its pronotum, the area between the head and abdomen) and American (35-40mm long, shiny brown) cockroaches. They like to infest warm, humid places such as kitchens and bathrooms. They spread bacterial diseases such as salmonella and can be difficult to eradicate as they’re very good at hiding.

But there are thousands of cockroaches that aren’t harmful, and usually end up inside by accident. These include native species and ones like the Australian golden cockroach.

• for American and German cockroaches, use bait traps and/or a residual insecticide that targets cockroaches:
• for others, place them back outside. You typically don’t see wasps in winter, but you might feel its biting sting on your hand when you pick up stored firewood or remove a cover from a vehicle.

Wasp nests die off in autumn but queen wasps will hibernate in a dry, quiet place. They’ll be much bigger than a ‘normal’ wasp (often twice the size). Every one you can kill is one less nest next summer. If you’re bringing in loads of firewood, you’ll probably import some slaters (woodlice). They eat damp, rotting wood, so their presence is a possible clue your firewood isn’t as dry as you’d hoped.

If you have bark on gardens close to the walls of your home, they may also accidentally wander inside.

• none required – sweep them up with a brush into a pan and put them back out in the bark. 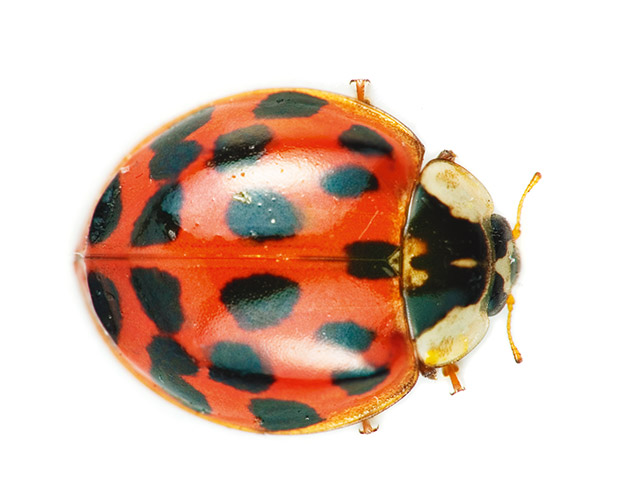 This huge ladybird feeds on aphids on willow, oak, maple, and poplar trees, but its huge appetite means it out-competes and eats native ladybirds and other beneficial insects. It also feeds on apples and pears, causing blemishes on the fruit, and clusters within bunches of grapes before harvest, resulting in wine taint.

Harlequins hide inside houses and buildings during winter in dark, concealed spaces. If disturbed, they will bite humans, release a foul smell, and leave stains.

• variable colours and patterns, including orange, yellow, and black, with large and small spots;

• most have M-shaped makings on the pronotum – ‘good’ common spotted ladybirds have a W or two separate U markings.

• use a bug ‘bomb’ inside buildings;
• find where they’re over-wintering and spray them;

NB: they’re harder to control in the garden during spring and summer as control options also kill beneficial bugs.