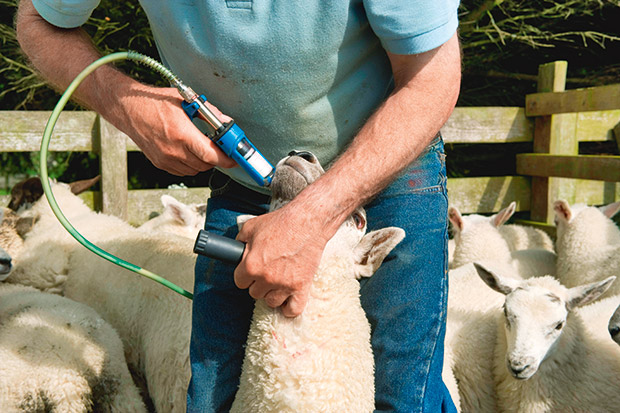 Drench resistance is a big problem on NZ farms, and you risk bringing it onto your block every time you buy livestock.

Parasitism is a major cause of production loss in livestock, and we’re making it worse by the way we drench.

Triple drench resistance is appearing at an alarming rate, particularly in the North Island. Parasites are forming an immunity to products which contain all three drench families, and there are no new chemicals that will replace them.

Wormwise is a national worm management strategy, developed by Beef & Lamb NZ and MPI.  Its handbook is full of practical tips on how to use drenches effectively and avoid drench resistance.

1. Find out if your drenching regime is effective

Do faecal egg count tests before and 7-14 days after drenching. If you have small numbers of stock, you can test all of them, or you can do a representative sample to give you an overview.

Talk to your vet for advice on how to do this. Regular testing will tell you whether you have a problem, and when it starts to get worse. Most adult sheep and cattle develop an immunity to parasites, but still carry them and drop eggs into pasture. Not drenching helps maintain a higher population of worms that aren’t drench-resistant and generally won’t affect the health of adult animals.

Monthly weighing of young animals will show you which ones are gaining weight fast, and which ones are lagging behind the ideal growth rates. By only treating those with poor growth, you can reduce the use of drench by up to 60 percent. 4. Know when not to drench

There used to be routine times to drench, ie just before lambing, at docking time, before mating, mid-winter. However, trials show this increases the risk of drench resistance. So long as adults are well fed and in good condition, they shouldn’t need routine drenching.

Another way to get drench-resistant parasites on your block is when you buy stock. It’s important to quarantine all new stock to your block and drench them before releasing them onto your pasture. Talk to your vet about the best product to use.

WHY WORMS BECOME RESISTANT TO DRENCH

Drench-resistance is when previously susceptible worm populations (parasites) in an animal survive a correctly applied, standard dose of anthelmintic (drench). The worms don’t die, and carry on breeding, passing on their genes, helping to create a larger, resistant population.

There will always be some worms that have the genetic make-up to be resistant to drench products. If you aren’t strategic in how you drench, you kill all the non-resistant worms, leaving a drench-resistant worm population in their place. By leaving 10-20 percent of animals undrenched, a population of parasites that don’t have resistance will breed with the drench-resistant ones, diluting their genetics.