6 pasture plants that will make it through a drought


If you’re planning to renovate pasture and you’re in an area that gets dry or drought conditions, consider something tougher than ryegrass.

NZ farmers use ryegrass and clover because it’s an excellent, economically-priced mix that converts to good quantities of meat and milk. However, it’s no good to you if your area is hit by dry spells every summer, especially if those dry spells end up being a drought.

Consider also that if you are on a small farm and have livestock as pets or for your own meat/milk, you have more leeway when it comes to production than the commercial farmer.

After a devastating nationwide drought in 1988-1989, the then Ministry of Agriculture looked into what pasture plants survived best and still ensured good production. 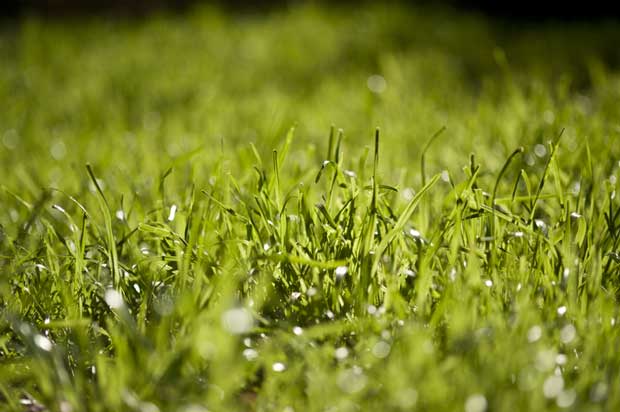 Sow with: cocksfoot or phalaris, not ryegrass

Tall fescue has a deep root system that enables it to withstand very dry soil, and very tolerant of grass grub attack. It will grow far longer into droughts than ryegrass and recover more quickly. In normal years, it will produce more than ryegrass, particularly from summer to winter.
The new cultivars of tall fescue are more palatable and legumes grow very well with them. They produce green leaf throughout the summer, and significantly better animal liveweight gains have been measured compared with ryegrass.

Tall fescue tends to be slow to establish. Grazing during establishment should be light and quick, but established tall fescue will withstand most types of management, eg set-stocking in the spring and rotational grazing in winter.

Research has shown very little difference in production between cultivars, but significant differences in palatability, animal performance, and rate of establishment.

Sow in: warm soils, February–March, September to November
Cocksfoot is the most proven dryland grass and is very drought-tolerant, as proven in the 1988/89 drought. Where cocksfoot was sown in a ryegrass seed mix, the only plants that survived were cocksfoot.

Like tall fescue, cocksfoot is deep-rooted and will withstand grass grub and stem weevil attacks, plus it has no endophyte, so there is no risk of staggers. It is also very slow to establish, taking 1-2 years so be patient.

Cocksfoot is also more active than ryegrass over the summer-winter period, but depending on the cultivar, it can also dominate pastures and become rank, unpalatable and infected with rust.

Grasslands Tekapo and Wana are most suitable for sheep grazing because they have a prostrate growth habit and will stand close grazing and set-stocking. Cultivars more suitable for cattle grazing and companions for lucerne are Grasslands Kara and Saborto.

Sow with: lucerne, cocksfoot, tall fescue (never on its own)

Phalaris is a very persistent grass that will withstand the most severe drought conditions. Many Australian dryland pastures are phalaris-based. Another big advantage is that it is the only grass plant available that is resistant to grass grub and all other New Zealand pasture pests.

Phalaris is also a very good cool-season producer, having twice the winter growth of ryegrass but it should never be sown as a pure stand as it can cause poisoning when grazed at critical stages. These stages are easy to identify with experience.

If a lucerne-grass mixture is required, phalaris is the best grass to use because of its good winter growth and semi-dormancy in dry summers. The lucerne dominates in summer, giving almost pure cuts of lucerne hay.

As an excellent producer of high-quality winter feed, and able to withstand droughts. The recovery of Matua pastures, under good management, has been one of the outstanding features during autumns following drought.

Prairie grass is more tolerant of grass grub than ryegrass but will suffer under severe pressure.

Unlike the other drought-tolerant grass species, prairie grass must always be rotationally grazed and never grazed when the soil is wet or frosted. It has high nitrogen requirements, due to its vigorous growth, and nitrogen fertiliser should be used to maintain production and extend pasture life. Prairie grass needs free-draining and fertile soils. Heavy clay loams are not suitable.

Even under ideal management, prairie grass doesn’t seem to persist longer than seven years (the same as ryegrass). Sow in: mid-August to late November

Although lucerne lost favour in earlier years because of severe pest damage, the stands that remained proved their worth in the 1988/89 drought, as they were the only dryland pasture from which hay was made.

Lucerne should become more popular now that more vigorous, disease and pest resistant cultivars are available). Sowing with grasses such as phalaris and cocksfoot helps to prevent weed establishment, provides winter feed, offers a mixed diet, uses up the nitrogen fixed, and prevents wind erosion. The grasses should ideally be sown in alternate rows or cross-drilled. 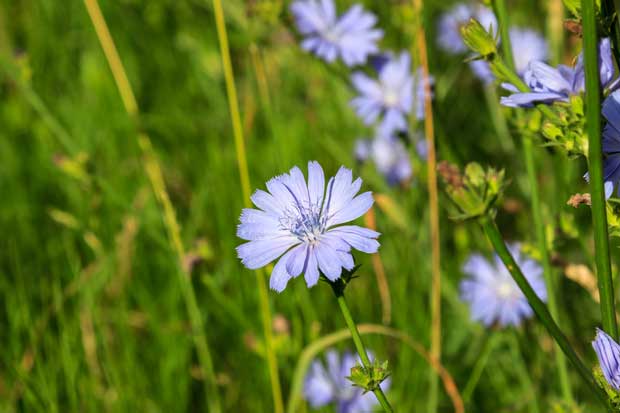 Sow with: alone or with clover and/or grasses and clover
Chicory is a deep-rooted, drought-tolerant herb that produces large quantities of high-quality feed over the summer. It is a perennial that will persist for 3-5 years but is winter-dormant. Puna is highly palatable to all stock types and has shown high levels of liveweight gain.

Chicory can be sown on its own, or with clovers, or grasses and clovers.

New dryland pasture species and cultivars continue to be bred so it is important to keep up to date with any new information.

FORAGE CROPS WILL BE KEY TO DROUGHT PLANNING

Farmers who have not yet made plans for the drying climate would be wise to do so says ruminant animal nutrition expert Professor Tom Barry of Massey University.

Professor Barry, of the University’s Institute of Veterinary, Animal and Biomedical Sciences, has been working on drought issues and animal nutrition for several years.

“A lot of farmers think drought is something that will happen to somebody else, and of course drought does mean different things to different individuals. The East Coast is a lot drier and the projection is that the frequency and severity of drought is going to increase between now and 2080 and they are going to affect a larger area of New Zealand and areas that have not previously been affected.”

“Beef and sheep farms producing a lot of stock will lamb or calve as early as possible and get lambs and calves off the farm early, de-stocking. Others consider bringing in bull calves from dairy farms, fattening them for meat production and selling only if drought occurs.

However, there are other strategies, including using plants that can resist drought which have extra-long root structures that can reach deeper into the soil.

“Chicory is a herb that has traditionally been used internationally as a coffee substitute but in the mid-80s the then DSIR produced forage chicory. It can be grazed by sheep or cows but it does need specialised management – you need to sow it either alone or with a legume such as clover; it needs specialised management which is different to that for normal perennial ryegrass or white clover pasture.

“Benefits are that is does provide superior animal growth through high nutritive value, and better control of parasites because it contains anti-parasitic compounds.”

A well-managed stand of chicory could last for four or five years, Professor Barry says. “But you can’t get to the drought and say ‘well now we need chicory’ – it needs to be sown in spring.”