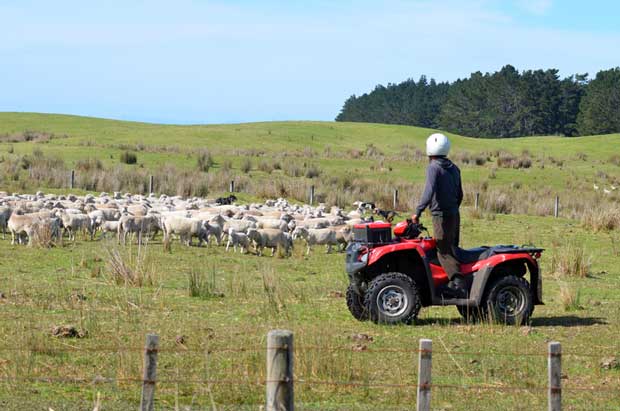 Quad bike accidents have a lot of common factors.

Quad bikes are popular vehicles on farms and lifestyle blocks, yet one of the trickiest to use. In the last year, there were 45 injuries and four fatalities from quad accidents on-farm. NZ rural insurance company FMG has looked at what people can learn from the more than $12.5 million in quad bike claims it has paid out in the last five years. Two-thirds were for accidents, with 30 percent attributed to a quad bike rolling over.

FMG’s data shows quad bikes two years old or newer accounted for half of all rollover claims, despite being only a quarter of the quads FMG insure. One possible cause was subtle handling differences that can exist between manufacturers’ bikes, and even different models of the same quad. 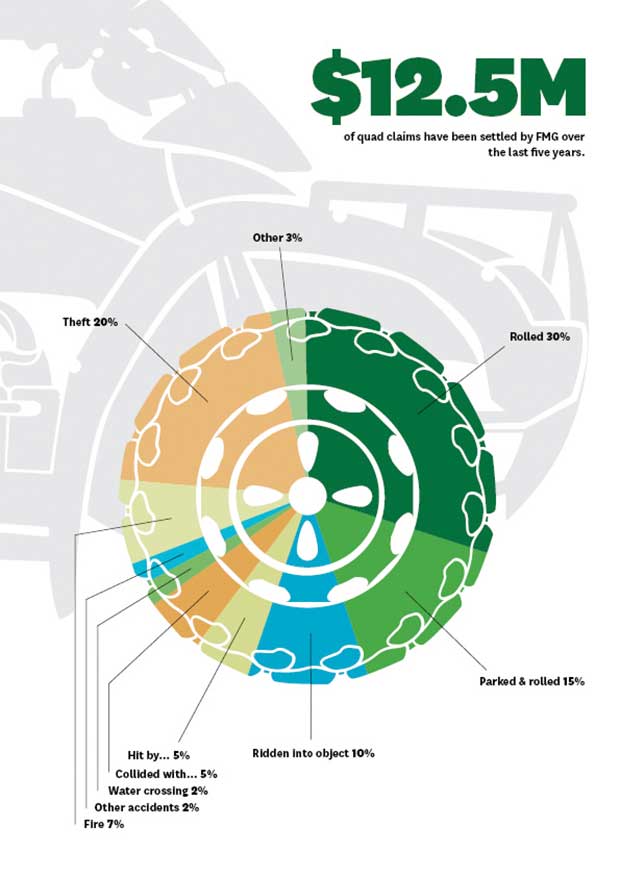 FOCUS ON READING THE GROUND AHEAD

FMG found one in five (21%) quad accidents on farms occurred when the rider was performing another task. A small lapse in concentration can mean a rider doesn’t notice an unexpected change in terrain or an obstacle in the way, like a small log, mound, or rut in the ground.

FOR FOR HILLS AND WET GROUND

More than 60 percent of rollovers occurred on hilly slopes. Fifteen percent of quad bike accidents had wet or slippery ground as a contributing factor.

USE THE PARK BRAKE AT THE GATE

Almost 20 percent of accidents happened when the rider got off the quad and it moved because it was either:
• in neutral with no park brake, or;
• drove away by itself, after the accelerator was unintentionally knocked.
This most commonly happens when a rider gets off the quad to open or shut a gate.

More stories you might like:
The NZ Life & Leisure Book Club reviews Into the Night by Sarah Bailey

Helmets can be the difference between walking away from an accident and suffering a permanent, life-changing brain injury.

Quad bike manufacturers set minimum ages for using their bikes. These are based on when young people have sufficient strength, body weight and mental ability to master the safe riding techniques. All adult-sized quad bikes (over 90cc) sold in New Zealand are for people aged 16 and older.

Having a passenger significantly impacts on the weight and balance of a quad.

QUADS ARE AT MOST RISK OF THEFT

Quad bikes are the most commonly stolen farm item. Thefts typically happen at night, with the quad taken from inside a shed, or from where it’s parked outside a house. Criminals are generally opportunistic, looking out for quads they can easily re-sell. FMG’s data shows it is older, lower-value quads that are most likely to be stolen. Security measures – locks, security lights and alarms – are cost effective measures to reduce your risk.