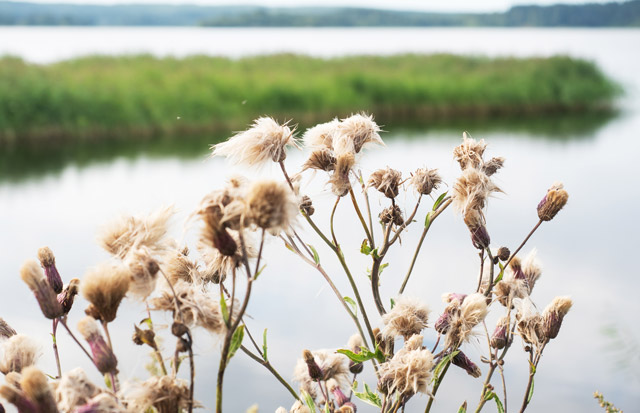 If you’re more interested in being kinder to your land, its soil and the health of the creatures living in it, you will need to take a longer-term view of dealing with weeds.

It’s a common misconception that organic farms have more problems with weeds, but research by weed scientist Kerry Harrington at Massey University found that wasn’t the case. His trials, over eight years, comparing a ‘conventional’ farm with an organic one, showed both farm’s had the same weed component in their pasture, approximately 5 percent. Both farms used soil tests and regular applications of fertiliser, lime etc, an important aspect in terms of the health and viability of ‘good’ pasture plants.

Even if you have a small block, it’s probably rare for you to walk over the entire area on a regular basis, especially if you have animals that know you well and will come to you, vs you needing to herd them.

But the key to successful organic weed control is to get onto weed plants when the area affected is small so they don’t get the chance to go to seed or to spread (which weeds are very good at doing, very quickly), saving you time and money. 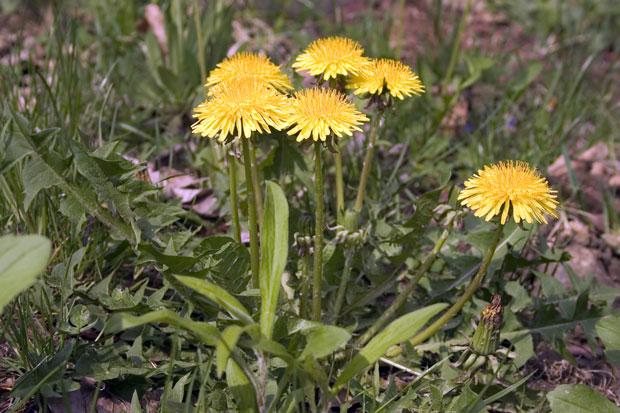 Once a plant gets to the flowering stage, it will quickly go to seed. By controlling weeds, especially perennials, when they are young and vigorous, you deplete the root system, making it more difficult for the plant to regrow again so they become smaller and smaller, before giving up.

3. If you can’t use herbicides, cultivation is your best bet

In Dr Harrington’s study, the organic farm used a mouldboard plough, then left the soil to fallow for 3-4 weeks, cultivated it again, planted a crop of turnips, then cultivated it again after the crop and resowed it with pasture the following autumn.

Both the organic and conventional farms found they had weed issues in the year after sowing, but a year later, the ratio of pasture to weeds was similar.

A mouldboard plough turns and buries a layer of topsoil, burying weed seeds so they are unable to germinate. Research has shown this type of ploughing also helps the crop to grow as the subsoil allows a lot of water to pass through it, soaking into the topsoil and giving a boost to the developing roots of plants.

This will mean you’d need a contractor to come in to cultivate and later undersow pasture seed (undersowing is vastly superior to over-sowing).

NZ research shows mowing Californian thistle at specific times of the year is a great way to kill it off. Mowing off other thistle species makes the plants more palatable to stock if they are allowed to graze the cut-off remains soon after.

The regime for mowing off Californian thistle is outlined here and here are more great tips on organic control of California thistle from the Biological Husbandry Unit at Lincoln University.

Cross-grazing with different species means more uniform and efficient use of pasture so weedy plants get less of an opportunity to dominate an area because they are grazed to the same level as the grass and don’t get the chance to get ahead. For example, horses are notoriously picky and graze high. But if you also have animals that graze weeds, and graze low (like goats or sheep), you’ll get more of a balance to the pasture plants present.

It also means you can use the right animal for the right terrain. Ssheep and goats do better at handling steep hills vs horses or cattle which are designed to move best on flat land. When you have small stock numbers, it can be tempting to place them in a paddock and leave them there to graze for long periods, but this leads to over-grazing of palatable pasture plants, and undergrazing of weeds or those less palatable. Over-grazing kills off ‘good’ plants, leaving bare, depleted soil, allowing ‘bad’ plants to take over as they are stronger, and more likely to do better in a depleted soil.

Smaller paddocks also encourage cattle to naturally compete with each other for the feed on hand, meaning they’re more likely to eat weeds such as dock.

One of the common ways to introduce a weed to your block is to bring it on in hay or to spread manure laced with weed seeds. Don’t let weed plants go to seed as your livestock then eat and spread the seeds, neatly packaged in a perfect, nitrogen-heavy medium (manure).

If you are using mowing to cut down weeds, make sure to clean your equipment every time so any seeds or grass residue (eg, kikuyu) don’t get spread to other areas of your block.

Strategic mowing of weedy pasture has been shown to be a great way of controlling many types of annual and perennial weeds. Research by the University of Wisconsin showed one mowing in the growing season (eg when a plant is at a fresh, dense leafy stage, but before flowering) can be enough to manage annual weeds, while multiple mowings of perennial weeds when they are 20-30cm high (again, before flowering) will kill them off.

However, some weeds with a creeping root system like Californian thistle (note, in the US this is known as Canada thistle), will require multiple mowings during specific growth periods.
http://host.cals.wisc.edu

6 organic ways to get rid of gorse