The best way to increase the nutrients in the food you grow means a fundamental change in how you work in your garden, using some very special crops.

Nutrient-rich soil grows the most nourishing food. Vegetables and grains can contain up to one third more minerals, with higher concentrations of beta-carotene, lutein, calcium, and phosphorus. They contain more bioactive phytochemicals, such as disease-preventing flavonoids and antioxidants.

This is what nutrient-rich soil looks like compared to ‘dirt’. 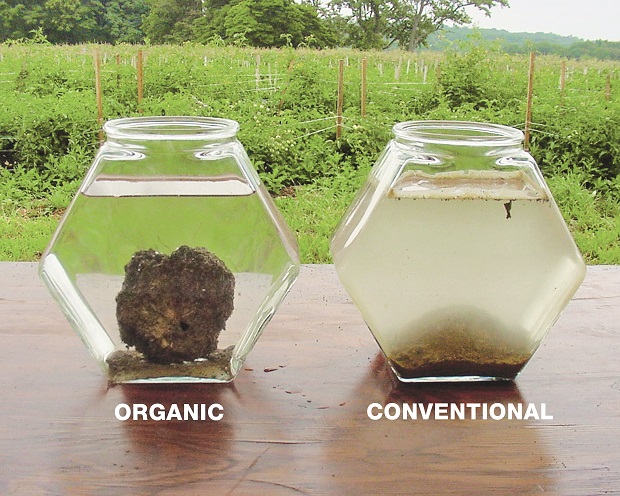 The soil in the jar on the left is from a cover-cropped, no-till, organic system. It’s holding together while submerged in water because it’s full of aggregates and organisms that bind it together, preventing erosion. Water moves very slowly through it, reducing impurities. The soil can hold up to 70% more water, so plants growing in it do better in drought, and there’s far less runoff. It also contains higher levels of bacteria, fungi, minerals, and nutrients because it has an undisturbed, healthy soil ecosystem.

The dirt in the jar on the right is from a conventional farming system, where the soil is regularly tilled (ploughed, disked). Tilling cuts through the aggregates, organisms, and fungal networks, destroying its structure, and killing millions of beneficial organisms. Water moves through it very quickly, taking valuable nutrients with it, and there’s more erosion.

Both soils are part of the Farming Systems Trial, run by the non-profit Rodale Institute in the US. It has spent the last 40 years comparing organic methods with conventional, side-by-side. They’ve found reduced or no-till methods and the use of cover crops significantly increases soil health, and that plants that grow in it contain a lot more nutrients.

The Life in Your Soil

This is the soil microbiome (also known as the soil food web), a complex ecosystem or community of microbes, bacteria, fungi, protozoa, nematodes, and more, which all deliver health benefits to the soil, the plants, and people who eat those plants. Most bacteria are decomposers that consume simple carbon compounds, such as root secretions and fresh plant litter, turning it into soil organic matter which is useful to other organisms. Decomposers also help prevent the loss of nutrients, such as nitrogen, from the rooting zone.

Mutualist bacteria form partnerships with plants. The ones we commonly hear about are the nitrogen-fixers which work with the roots of legumes such as clover.

These are single-celled organisms that feed mostly on bacteria, other protozoa, soluble organic matter, and sometimes fungi. As they eat, they release excess nitrogen, which is then used by plants and other organisms in the soil.

These are microscopic worms that feed on plants, algae, bacteria, fungi, and other nematodes. Beneficial nematodes help prevent disease by controlling the balance of bacteria and fungi in soil. They also cycle nutrients, distributing bacteria, and fungi through the soil.

These range in size from microscopic to several centimetres long. The group includes beetles, ants, slaters, spiders, mites, centipedes, and millipedes. Arthropods can be shredders, predators, herbivores, or fungal-feeders. Most eat fungi, worms, or other arthropods. As they feed, they aerate and mix the soil, regulate the population size of other soil organisms, and shred organic material.

A healthy soil microbiome contains a huge network of delicate strands of fungal hyphae, known collectively as mycorrhizal fungi. The hyphae are dormant until they sense plant roots getting close. This stimulates their growth, and they infect the plant’s roots, then extend out into the soil.

Hyphae can access tiny soil pores and cracks that plant roots can’t. The result is that in healthy soil, there’s a 10-fold increase in the plant’s effective root surface area, which can double or triple its nutrient uptake. Hyphae also have a significant effect on soil structure, increasing air and water infiltration, which improves plant growth. This helps to prevent diseases because well-aerated soil is less likely to be affected by pathogens (which prefer low oxygen environments).

Hyphae from older plants also connect with hyphae on young plants nearby, sharing nutrients and boosting the younger plants’ growth.

Sources: The Rhizosphere – Roots, Soil and Everything In Between; Dr Elaine Ingham

The Techniques for a Healthy Soil Microbiome

The Rodale Institute’s research has found the best way to create a healthy soil microbiome is to grow organically, stop tilling the soil, and use cover crops, but not in the way most gardeners do. The Rodale Institute’s roller-crimper, which weighs almost two tonnes when filled with water. At the back of the tractor, a seeder machine is sowing a new crop through the snapped stems.

At the Rodale Institute, they ‘crimp’ cover crops using a heavy roller. It flattens and snaps the stalks near ground level to cut off the plant’s vascular system. The crop slowly dies and becomes mulch. New crops are sown into the leaves.

Crimping is used on commercial crops because if cover crops were cut, the stems and foliage clog seeding machinery. In the home garden, you can cut it close to ground level using a mower, line trimmer, or hedge clippers. 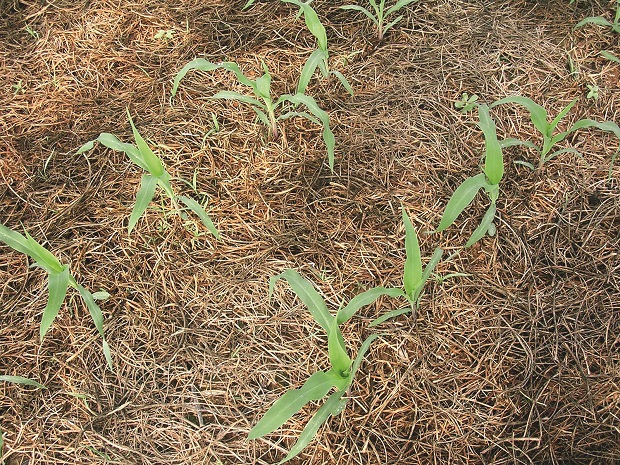 This organic corn crop (above) is growing through a cover crop of vetch. The vetch was crimped just after it flowered but before it set seed (known as anthesis). This timing is crucial, as it ensures the crop dies off while its foliage mass is high, so it smothers weeds.

Corn seeds were drilled into the soil at the same time. The dead vetch creates a thick mulch that prevents weed growth, cools the soil, and stops water evaporation. It also rots, adding organic matter to the soil. This corn (above) has been sown into a ‘living mulch’ cover crop of white clover. The clover remains after the corn is harvested to continue nitrogen fixation and prevent weed growth. A few weeks before it’s time to plant a new crop, strips of clover are cut back or covered to kill them off (on non-organic farms, it’s sprayed). The new crop is sown into the strips, and the clover gradually grows back around the plants.

This means no digging, turning, or soil agitation with mechanical tools, such as ploughs or discs, which destroy fungal networks and soil structure. No-till soil is higher in nutrients, microbial communities, and cycles more nitrogen than tilled soil.

8 COVER CROPS THAT WILL IMPROVE YOUR SOIL’S HEALTH

Some cover crops do well as single species, others are best mixed with other plants. 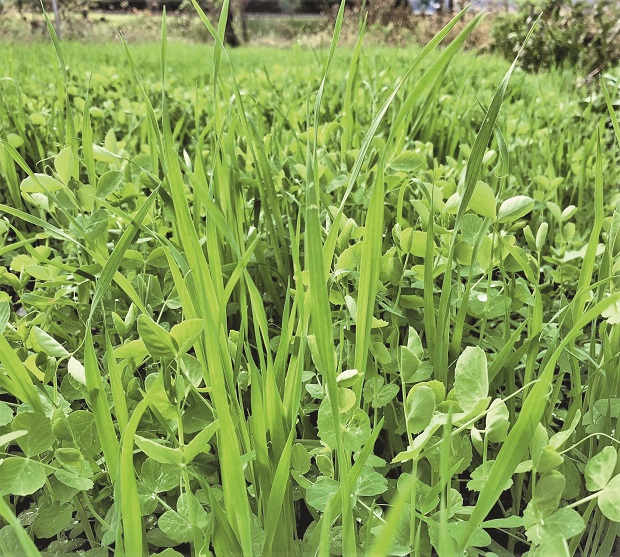 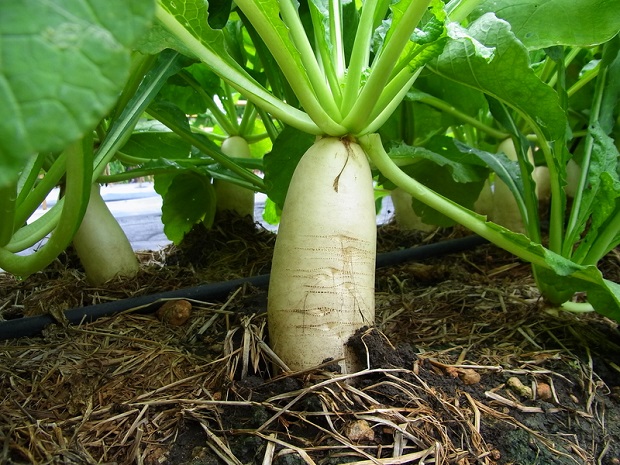 Raphanus sativus
Best sown: late summer-early autumn.
Benefits: competitive with weeds as it grows a lot of leaves (which can be grazed or fed out to livestock), fast-growing, strong, deep taproot compared to most other cover crops, recycles nitrogen for the next crop, prevents soil erosion. Leave roots to break down in the soil.

Crimson (Trifolium incarnatum), white (Trifolium repens), subterranean (Trifolium subterraneum)
Benefits: low-growing, nitrogen-fixing, can be used as a living mulch to suppress weeds, attracts beneficial insects.
Best sown: autumn, but depends on your climate, fixes most nitrogen in spring.
Crimson clover is the fastest-growing, so more competitive against weeds; all three are very weed-competitive once established. 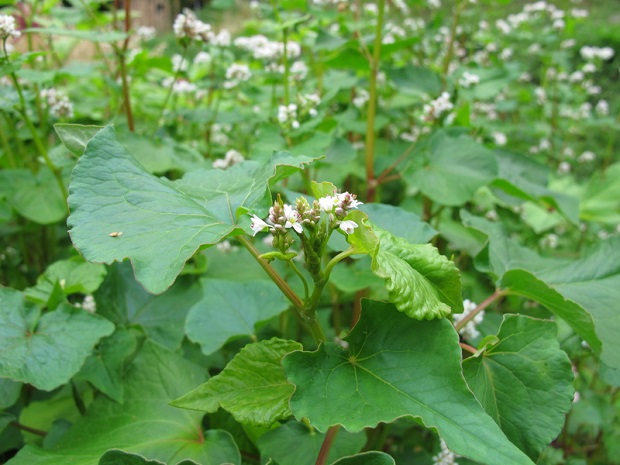 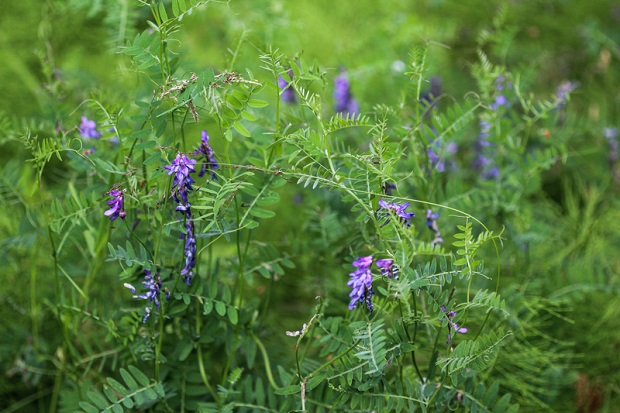 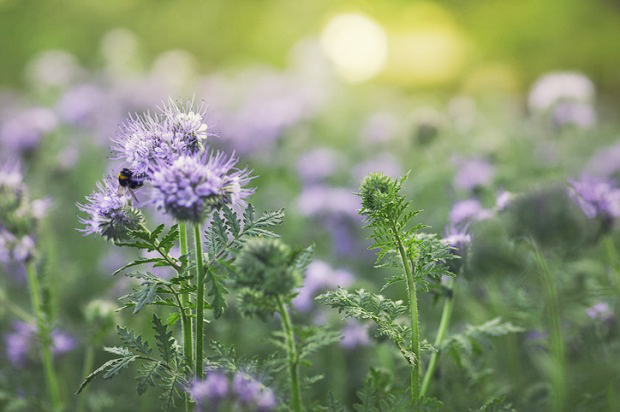 Dr Elaine Ingham is a world-renowned soil microbiologist, soil biology researcher, and calls herself “the laziest gardener in the world”.

She believes home gardeners and small-scale growers should take things one step further and use perennials as cover crops, preferably ones that creep along the ground and stay in place.

When it’s time for new food crops, you can make a space, then put a transplant into it. If you want to sow seeds, you can mow it down, sow seeds, then let it come back as your seedlings grow.

Her advice is to experiment with different cover crops in small areas to learn which ones work best with your climate, soil, rainfall, and gardening system. This will vary from region to region, country to country. Some of her suggestions for US growers are weeds in NZ. However, others include: