8 facts you need to know about soil 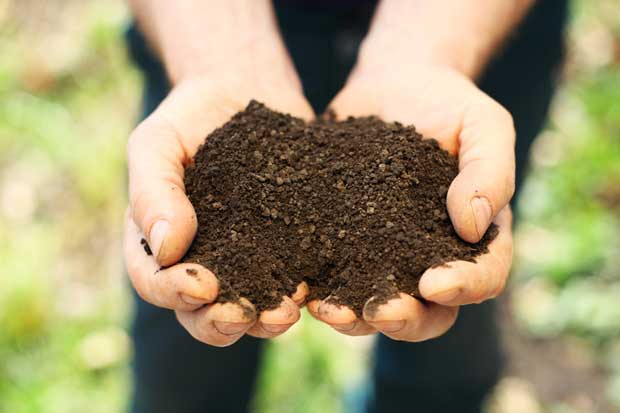 We summarise the results of 200 studies about soil so you can improve your soil biology.

To sort out the truth from marketing hype, Natural England (part of the UK Government) commissioned a broad review of over 200 scientific studies related to the functioning of soil organisms in agricultural systems, and consulted with producers on practical aspects.

IMPROVE THE WORK OF SOIL ORGANISMS BY:
• Feeding the soil a diverse diet. Increase the variety and overall amount of organic matter adding to the soil (eg, having a range of crop residue types and using green manures); and/or
• Reducing tillage, both the total amount and also intensity;
• Diversifying cropping systems (having a wider range of crops and/or pasture).

In essence, bacteria, fungi, amoebas and all the other organisms in soil need food (organic matter) to live and reproduce, and they do best with a varied and abundant diet. Soil microbes also need a stable environment to set up house, and tillage disrupts this. Tillage also aerates the soil, and the influx of oxygen speeds the decomposition of organic matter, reducing the food source for the microbes in the long term.

NOT EVERYTHING YOU HEAR IS FACT
When it came to products on offer, the researchers found some popular claims weren’t backed by evidence:

Some examples were ‘point interventions’ that lacked scientific evidence to support their effectiveness in the field (as opposed to an isolated laboratory situation or a sterilised soil) like applications of ‘biological’ fertilisers such as compost teas and microbial inoculations to promote plant growth.

The practices were usually a small part of overall farming system changes that included changes in tillage and organic matter inputs, making it impossible to ascribe positive soil changes just to the doses of inoculant.

There are a growing number of ‘biological’ fertiliser and microbial inoculants being marketed to producers, often with an air of “scientificness” or based on some real research trials.

The conclusion from this review of the literature is that there simply is no good evidence to show that these products actually do any good on real farms, and there are good theoretical reasons why they are unlikely to work.

For example, the ballpark microbial biomass of the top 30cm of a hectare of soil is about 10 tonnes. That’s 3000m³ of soil in the plough layer, × 1.6 tonnes/m³ (bulk soil density) x 0.2% (percentage of soil that is microbial biomass or 2g/kg soil). Many microbial inoculants are applied at rates of 1kg/ha or less (dry weight of microbes), often much less if they are in solution, as little as 1g/ha. Clearly 1kg and especially 0.001kg of microbes applied to the soil have a significant job to do to change the makeup of the 10,000 kg of microbes already present, especially when those microbes exist in a complex interacting ecosystem that is likely to be highly resistant to change from outside ‘invaders’.

THE TOP 3 THINGS YOU CAN DO FOR GREAT SOIL BIOLOGY
Three relatively inexpensive techniques are going to do far more for soil biology than all the often expensive biological fertilisers and microbial inoculants you can buy:
• increase the amount and diversity of organic matter inputs;
• reduce the amount and intensity of tillage;
• diversify the number of crops/pasture species.