A former refugee cooks up a taste of Sudanese culture in memory of her mum.

Yeshi Taye’s workday starts by hand-peeling 40 kilogrammes of red onions. She uses a device to chop them, but she’s on her own when it comes to the stirring; hours spent cooking down the vegetables to the savoury-sweet relish that is Mamia’s sauce.

Happily, Yeshi is strong; she was a personal trainer before starting full time on her business. Many years before that she was a refugee, traveling from a village in the Sudanese desert (“the absolute back of nowhere”) to Lower Hutt. 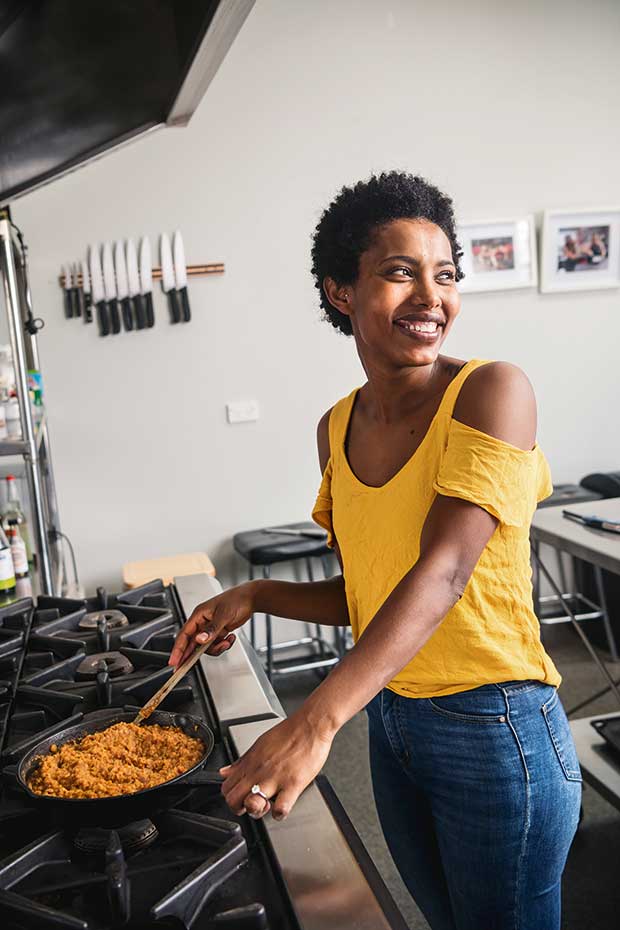 Yeshi Taye bases her onion-based wat sauce on a recipe she adapted from her late mother, Almaz.

They spoke no English and knew no one, but Yeshi remembers feeling no fear. “It was like Disneyland. We had food and shelter and felt safe. I remember overwhelming happiness.” She also recalls some confusion about the “strange” foods on offer.

“On the plane, they gave my sister and me an apple. We cut it open and saw the holes inside — you know, the core — and we thought they’d given us an old one. We’d never seen an apple before.” 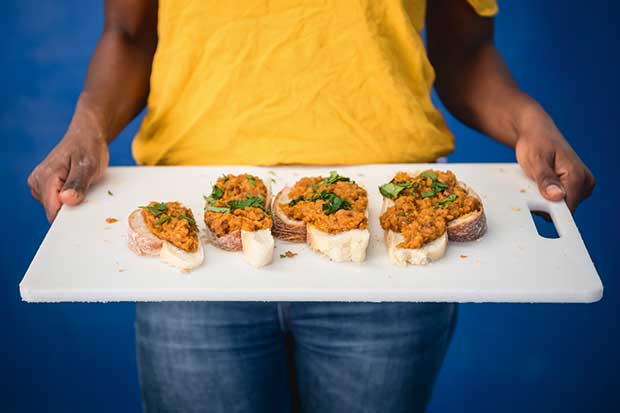 Food has always been a big part of Yeshi’s life. Her mother, Almaz — who remained in Sudan — cooked for the family. At six, Yeshi could dissect a chicken. Almaz was “blown away and real proud”.

But Almaz became ill when Yeshi was 15. The teenager left school to work in a fast-food restaurant to earn money to send home, but Almaz passed away soon after. Yeshi continues to feel her loss, and it’s for Almaz that the sauce is named: mamia means “mother”.

At 20, Yeshi organized for two more of her younger siblings — who were still in Sudan — to come to live with her. “Then I found out I was pregnant, so I was suddenly responsible for an 11-year-old, an eight-year-old and a newborn.” Yeshi’s son Daniel is now 11 and has been joined by sister Almaz (3) and brother Mikiel (2). 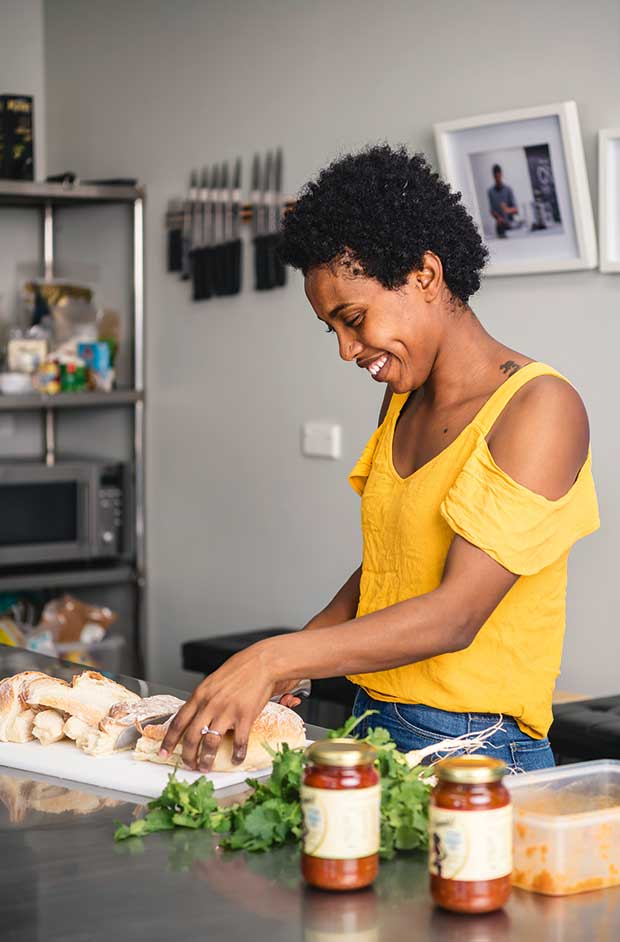 Through all that, Yeshi started her own business — making an Ethiopian sauce, known as “siltz” (transliterated from Aramaic, spelling entirely arguable), which is used to make the traditional stew known as “wat”.

“I would cook the sauce for my friends and make wat with meat or lentils. One day, my friend asked, ‘Is there sugar in it? No. Is it gluten-free? Yes. Why don’t you cook the sauce and sell it?’ As a joke, I said, ‘OK, sure.’ I did it to see the reaction. I wasn’t expecting anything.”

“I sold out before the market finished. I was happy. I didn’t know how to start a business, so I was cooking and selling, cooking and selling. I thought if Moore Wilson’s and Commonsense Organics take me on, that’s when I go commercial.” 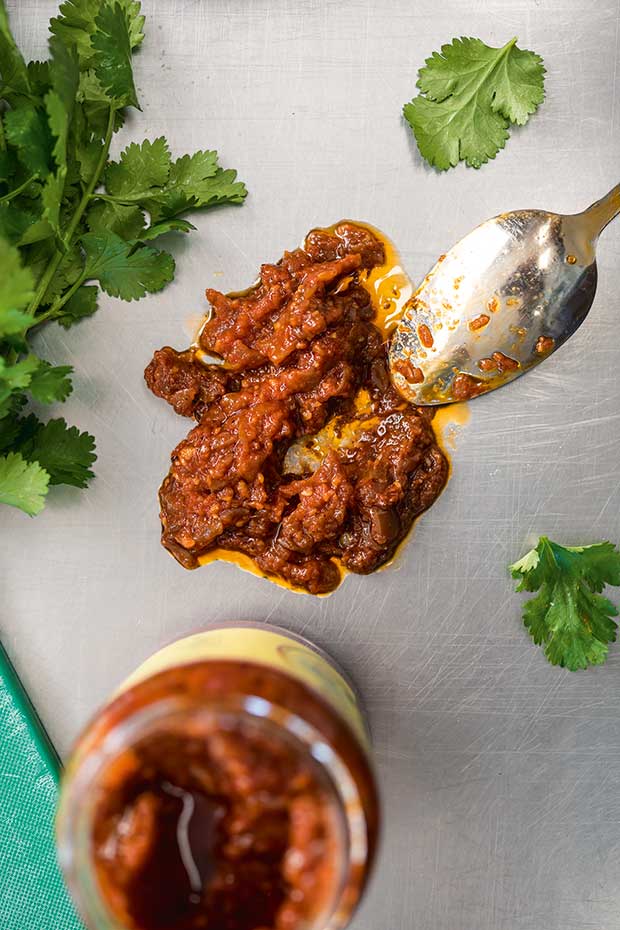 Both businesses loved the product, and now Mamia’s is also sold in speciality stores and some supermarkets, as well as online.

In addition, it was named best new product in the Healthy Foods Awards for 2018 and won a 2019 gold Outstanding NZ Food Producer Award. The wins are a morale boost.

“I was surprised. There are times when I feel insecure, but I remind myself, ‘Why would they choose you if it wasn’t great?’
And that’s good to remember when approaching supermarkets.”

Mamia’s sauce is nutritious, and that’s how Yeshi wants it. “Because I have been through so much, I want to have healthy food to nourish my body; it’s how I show my body love.” 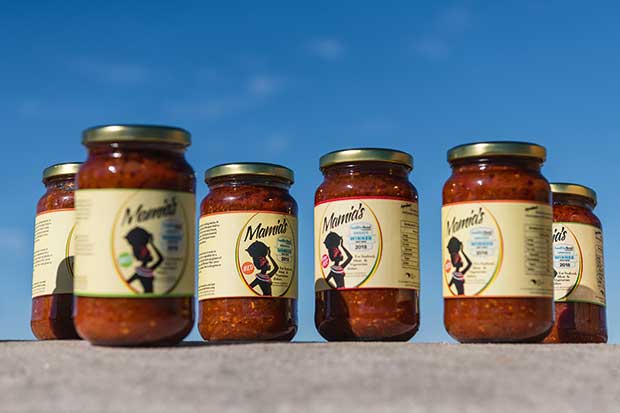 Yeshi spends a good seven hours cooking five days a week to keep up with demand. After the onions are chopped, she adds one kilogramme of garlic and the rest of the ingredients, including, for the tangier versions, a chilli paste she makes from a base of Ethiopian berbere (a traditional hot-spice blend).

Then she stirs for two hours, enjoying some thinking time — “I think a lot” — and dancing to afrobeats.

Eventually, the onions are caramelized and ready to be carefully hand-ladled into sterilized jars and sealed. “I usually get 80 jars from a batch. But I’m bad at timing so sometimes I cook them down too much, and then I might get only 50 or 70.” 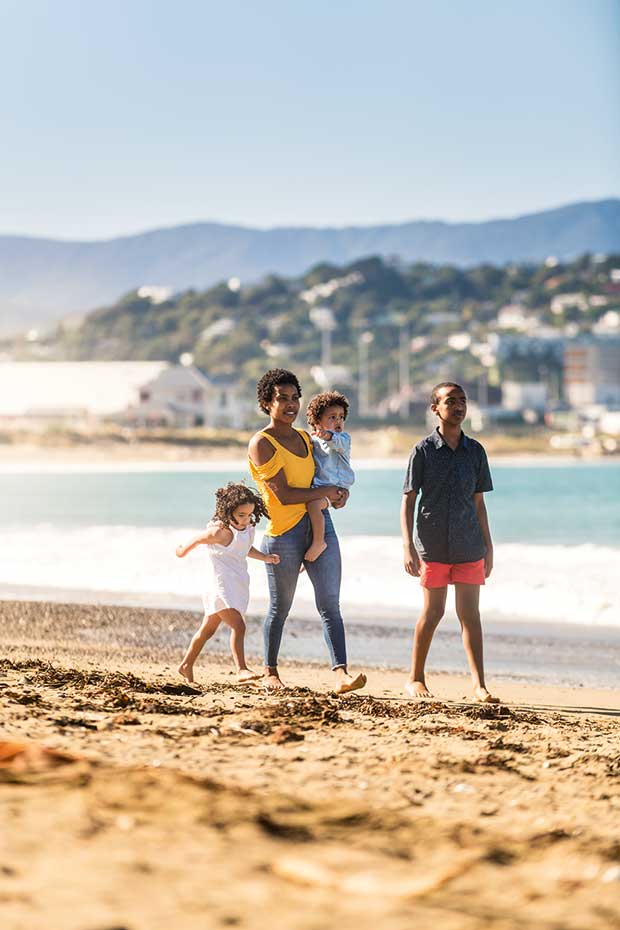 She lives in Wellington with her three children (pictured opposite), Daniel (11), Almaz (3) and Mikiel (2).

With almost five years in business, Yeshi is only now able to pay herself. She says it’s been a challenge determining where money is best spent (“food shows are expensive”) and whether she should do more tastings (she should — her sales go way up after one). But she’s in it for the long haul and committed to Mamia’s — for her children’s future and in her mamia’s memory.

“I want my kids to grow up knowing I didn’t sit around — that’s what pushes me. My mum never gave up; even though she had nothing, she continued working and providing for us. She gave me hope, and I want to give my kids the same. Their life is different, but I want them to be proud of me. I work many hours, but I’m doing it for them. I want them to see me the way I see my mum.

“I’ll be forever grateful for the opportunity New Zealand has given me. Without it, this wouldn’t be possible.”

Mamia’s can be used in many different ways.

“There’s no right or wrong method,” says Yeshi. “I want people to experiment and have fun.”

She says the preserve is useful as a pasta or pizza sauce. “It tastes quite different to tomato sauce, but it has a great flavour.”

It also makes a delicious dressing for burgers: “We don’t have burgers where I’m from, but I rang Grill Meats Beer in Wellington and asked them if they’d be interested in using it. They used it in a burger that was in the finals of the 2015 Burger Wellington competition.” 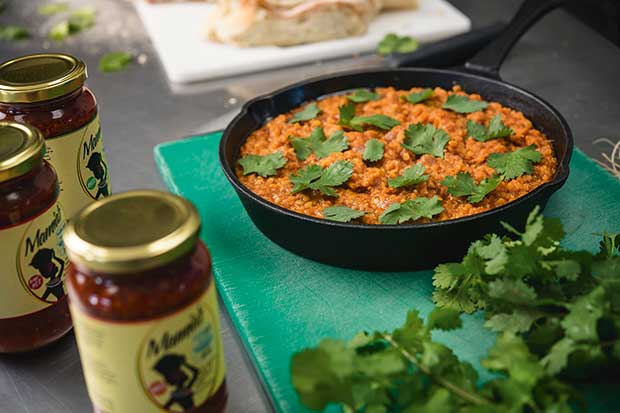 Mamia’s and legumes combine in this vegan dish.

Wash lentils well then add to a pot with the water and cook on high for 15 minutes. Add the Mamia’s and olive oil and combine, lowering the heat to medium. Cook for 10 minutes, stirring occasionally.

If the lentils become too thick, add half a cup of water and continue stirring for five more minutes. Add salt to taste and serve with bread — try injera, or Ethiopian flatbread. 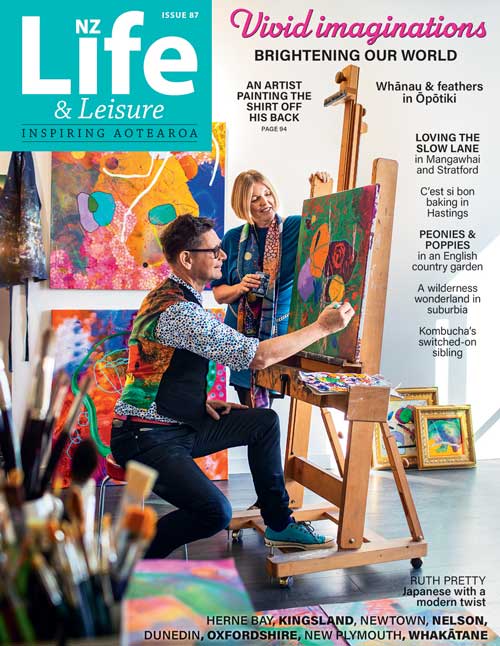