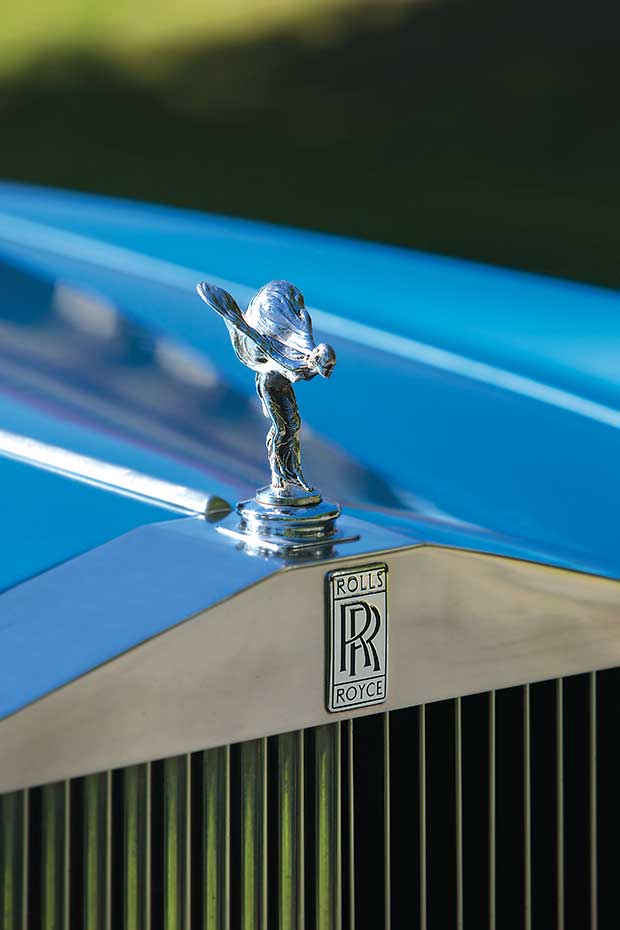 Once the domain of royalty and rock stars, a glamorous Rolls-Royce is living the ordinary life in Rotorua – well, almost.

The most excruciating 15 minutes of David Tomlinson’s life came in his 1978 Rolls-Royce Silver Shadow II.

“I wanted to treat the Rolls to a touchless car wash but as the doors closed behind us water started leaking underneath the windscreen wipers, down to the foot pedals and around my feet. I was sitting in 15cm of shampoo, bubbles and wax.”

The car-wash chaos happened soon after David bought his luxury saloon in 2013.

The Silver Shadow II is one of the last Rolls-Royces manufactured entirely on British soil and embodies the final vestiges of its type although purists might claim its chunky rubber bumpers are a sop to the safety regulations of the American market.

David’s purchase – a transaction carried out in the office of a Christchurch car yard – had two-fold benefits. On one count it fulfilled a boyhood dream. “I used to pore over English car magazines with a friend ogling the Rolls-Royce models. We rarely saw them in real life; the Queen drove about in them and we never imagined we could. To a couple of eight-year-olds, they were the ‘you’ve made it’ car.” On another count the acquisition marked a line in the sand. “I was trying to get life back on track after my marriage ended and it was a little bit selfish but that boyhood dream of owning a Rolls-Royce seemed symbolic of a new start.”

But David, owner of a Hamilton headstone enterprise, former classic car racer of a 1974 Alfa Romeo GTV 2000, father of three, partner to Fleur and fervent fisherman, is no highbrow tuxedo sort of bloke. “I’m a very average knockabout sort of guy but I enjoy fine machinery and good design. These days you don’t have to be a millionaire to own a Rolls-Royce but once you’ve bought one you keep your fingers firmly crossed that you won’t need to be a tycoon to maintain it.”

David’s crossed fingers have, for the most part, done the trick. When he first surveyed the Rolls-Royce in Christchurch he was in two minds and buying meant hedging bets. “It had high mileage and had spent too long sitting in a private garage – potentially problematic for its hydraulics – but on balance it only had five years in the UK before coming here so had largely avoided England’s horrible salted roads. It was solid and generally well cared for. I test drove it through post-quake Christchurch which was a surreal contrast of car and city.” 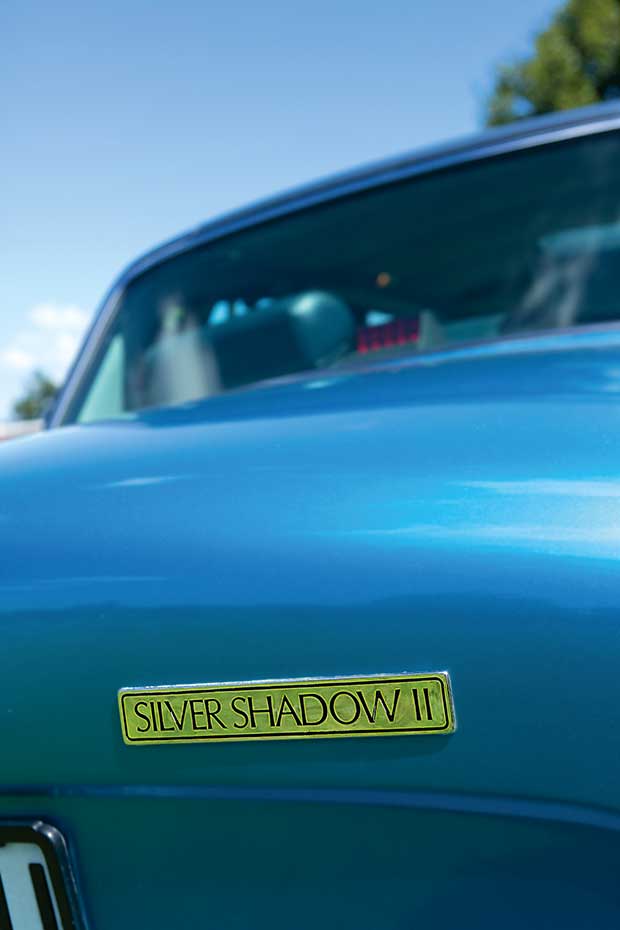 With the paperwork done, he headed north up the scenic Kaikoura coast.

“I had my then six-year-old daughter Kate with me and on the coast road we got out to take photos of the seals. When we got back to the car, other people were taking photos of it.”

Three weeks later David’s intuition about the hydraulics was verified. The car failed its warrant of fitness on its brakes. There was a $4000 bill for repairs. “The callipers and pistons were rusted through but thankfully, apart from some hose replacement in the engine bay, there have been no further glitches.” 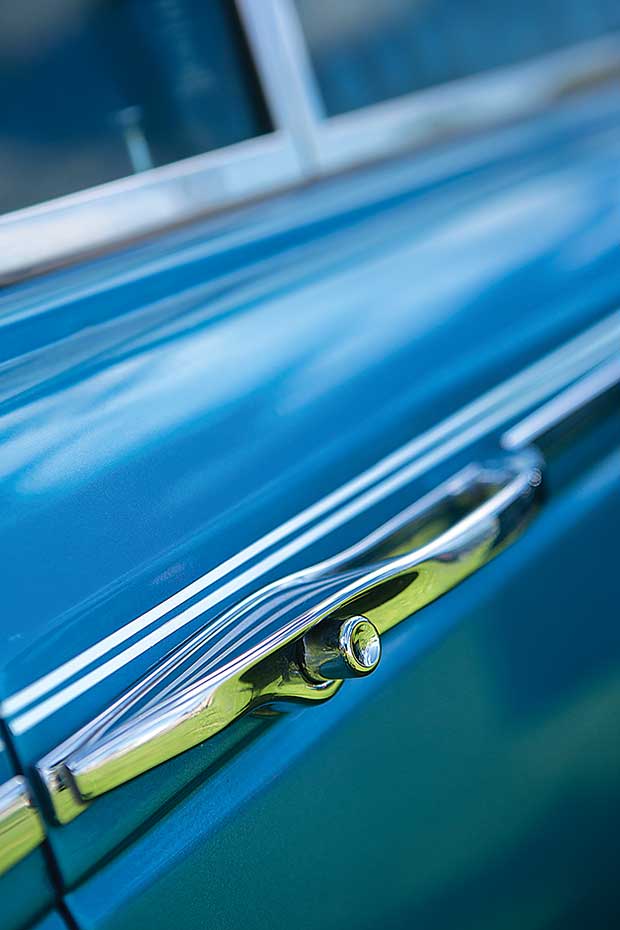 In David’s home base of Rotorua, he is driving the Roller lakeside then on through Government Gardens and into town.

“I’d hate to call it a barge but it’s like driving your couch. It’s a fantastic tourer with an excellent silencing system for its huge 6.75-litre V8 engine and you barely feel a bump. The ride is wallowy which can be a downside if you’re prone to carsickness.”

The Silver Shadow boasts its original engine and Rolls-Royce colour code – Caribe Aqua Metallic – although David suspects the car has been repainted along the way. Its authenticity is important to him. “I don’t need the white-glove check, but I do love things to be original.”

As a result, he has taken trouble over the minutiae: the replacement of a Rolls-Royce hubcap of the wrong year, the addition of a strip of leather trim on the dash and rubber grommets on exterior mirrors. 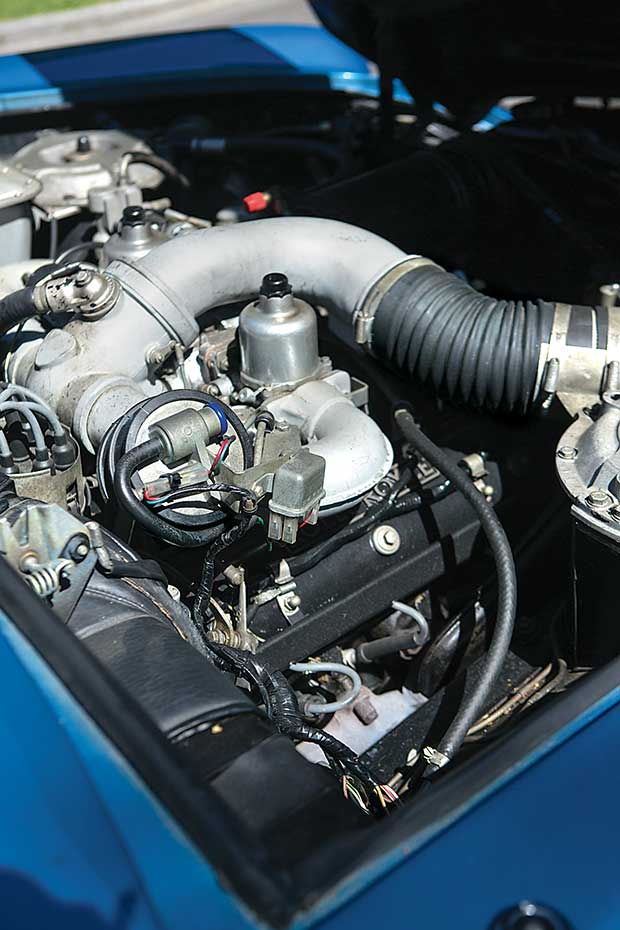 Sourcing parts from his favourite Rolls-Royce and Bentley specialist warehouse in Warwickshire is simple. Regrettably, commuting in his “favourite-ever car” isn’t such a cinch.

The 106km-run from home to work in Hamilton is $80 a pop in petrol and there’s no change out of $180 when he fills her up. “These handmade cars were designed by a car company when fuel was cheap with little regard for the folding stuff.”

With all-chromed metal, all-wood trim and all-leather upholstery, no expense has been spared. Even the manual is leather bound with gilt-edged pages. “I reckon there are eight dead cows in here. Rolls-Royce sourced leather from Scandinavia where there were no barbed-wire fences to damage the pelts. The upholstered seats have no joins.”
There are foibles. There are five ashtrays and three lighters – “Rolls-Royce wanted you to smoke yourself to death” – its wipers are “terrible” and the headlights tend to dim when you decelerate. “There’s no tachometer; Rolls-Royce deemed any discussion of revs to be vulgar.” When a teenage David Tomlinson learned to drive at Whangateau campground where his parents allowed him to take the family car and the dirty dinner dishes from tent to campground kitchen and back again, he couldn’t have dreamed that cars would play a pivotal role in his adulthood. Stored at a warehouse and garage are six other loves – from a 1928 Essex Super Six to a 1993 Bentley Turbo R. But you can only push the generous attitude of one’s beloved so far. “One more and I might get shot.”

David hopes that the pastime of classic car clubs will not suffer a similar fate to that of stamp collecting which is largely viewed by the younger generation as a hobby pursued by old men. “There is just so much fun for everyone and we badly need younger people.”

In the meantime, he is having enormous fun. “I’ve only ever had one adverse reaction – from a woman on a push bike who shouted out at the lights about depleting the world’s fossil fuels. Usually we get mobbed, but I totally understand it’s about the Rolls and not me.”