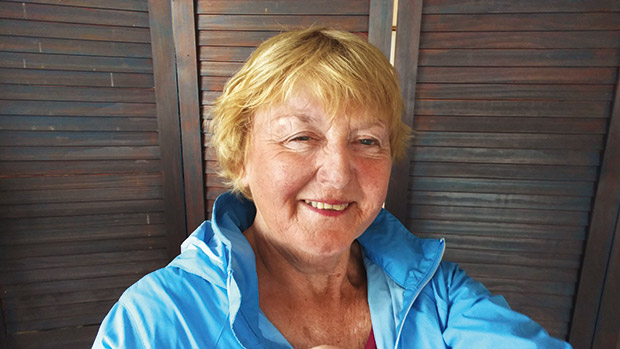 A hobby that grew from a childhood love of seashells has spiraled into something far greater than a pocketful of limpets, pipis and cockles.

Jenny Raven can recognize almost every shell from its grooves, twists or kaleidoscopic patterns, but even she can’t predict when a rare one will appear. “Shell collecting can be fickle,” says the Wellingtonian. “You can never really be certain when you may find a good one.”

Jenny has been collecting seashells for more than 50 years. Drawers upon drawers of labeled boxes hold more than 1000 shells in her home. “There’s very little I need to add to my collection these days,” says Jenny, who’s now retired from her role as a property manager.

“I’m more interested in garnering enthusiasm in others and sharing what I’ve collected over the years.” She first became enamoured with shells as a child when she picked up a cook’s turban shell (common in Wellington) on a trip to Lyall Bay with her Brownie troop. Other girls pressed flowers to earn their nature badge while Jenny dove into the detailed world of shell identification. Her childhood hobby became a passion when she joined the Wellington Shell Club at age 18. She is now its president.

Many shell collectors, including Jenny, use microscopes and classification books to study their specimens. For others, shells are just a pretty by-product of many walks on the beach. Once a month, more than a dozen Wellington Shell Club members gather to share their latest finds, identify rare specimens and recount tales of particularly good “wash-ups”.

Shells are classified by their Latin names and sometimes photographed for the club’s monthly newsletter or annual journal Cookia (named after the Latin name for the cook’s turban), along with anecdotes about shells found at particular beaches.

More stories you might like:
What is switchel? Meet the Auckland couple brewing kombucha's switched-on, fermented cousin 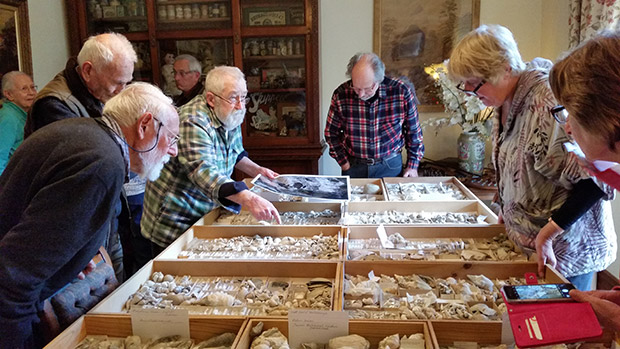 The shell-collecting bug nearly always begins with a walk on the beach. “Shells usually wash up clean, they are free to pick up, and you get exercise,” she says. “Most people are only after one or two shells — no one needs a shell that’s not particularly rare or special. So if it’s not, we’ll leave it be. That’s the way it should be.”

New Zealand is surrounded by a complex network of underwater canyons and ridges, which is why about 85 per cent of its shells are endemic to its shores. “Our shells don’t travel far because we are so far south and surrounded by deep canyons. The shells have evolved differently, so they are quite special,” she says.

But the thrill of finding new shells still prompts some collectors to head offshore, where thousands of different species await on exotic beaches. 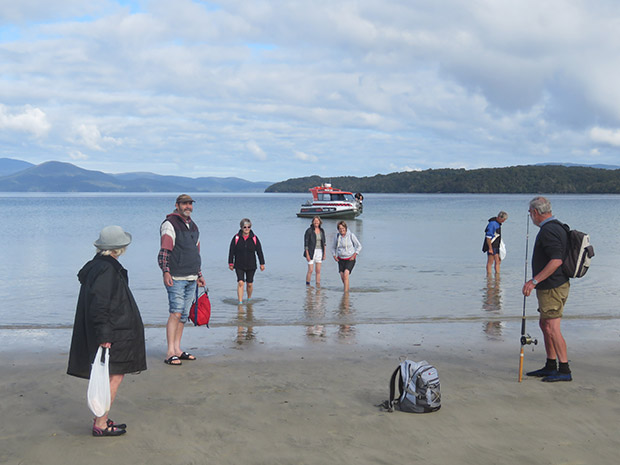 Jenny is more inclined towards New Zealand shells. In 2010, she transformed her sizable collection into more than 800 photographs for an identification book she co-authored called New Zealand Seashells Visual Guide. “I’ve been a club member for so long that I know a lot about shells,” she says. “And that only comes with time.”

For Jenny, each seashell is like a photo album of her travels. The parchment-thin encasing of one of her rarest finds, a 12-centimetre paper nautilus shell, reminds her of the moment she saw the delicate spiral-shaped shell on the Kāpiti Coast. “I can almost still see it floating in,” she says.

Many others were collected on week-long field trips with the club – from the shell-speckled beaches of the Chatham Islands (one of her favourite locations) to the remote inlets of Stewart Island.

More stories you might like:
From falconer to bird advocate: How Noel Hyde became enraptured with New Zealand's native birds of prey

It’s certainly not every day, nor week, that Jenny finds a seashell worthy of her collection. But that unpredictability, the fickleness of the find, is half the fun. “Sometimes there are many shells, or there are none at all,” she says. “It’s difficult to predict, which makes it all the more special when you do find one.” 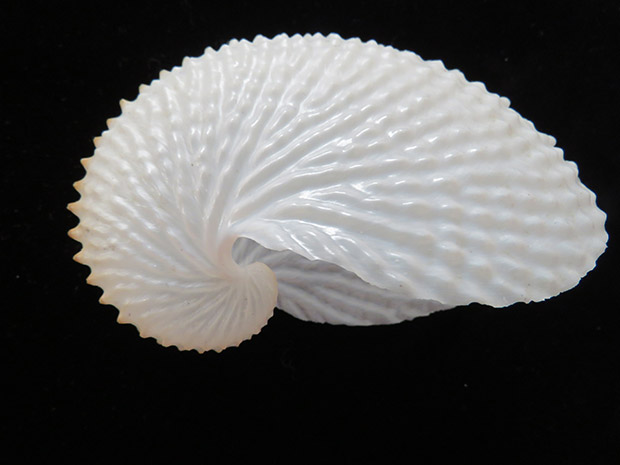 Search the beach at low tide in the mornings for the best chance of picking up untouched shells. “Shells are often found at the ends of the beach or around a river mouth. Winds and tides can help bring shells in, but then sometimes they’ll wipe the beach clean,” says Jenny.

Most seashells are classified as bivalves or gastropods in the Mollusca phylum of the animal kingdom, which is the best place to start for identification. Bivalves, which include pipis and scallops, have two symmetrical shells that connect with a hinge.

The shells of gastropods most often twist or spiral into a conical shape. Shell collectors are picky and look out for shells that are not broken, chipped, faded, bleached or beach-worn.