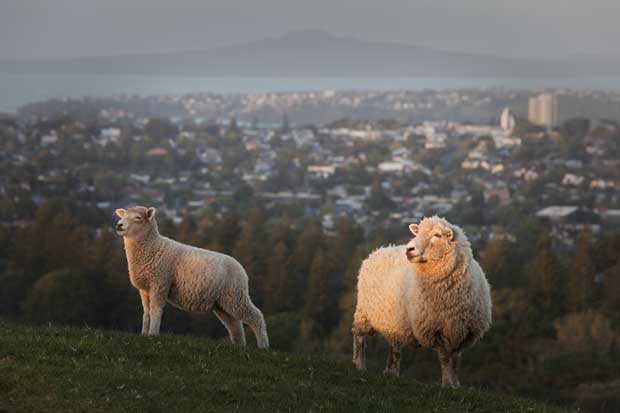 The Auckland A & P Association is celebrating its 175th anniversary at this year’s Royal Easter Show. But the family event looked quite different at its premier in 1843.

It’s our biggest, fastest-growing, most urbanised city of 1.6 million people, but Auckland is also home to one of New Zealand’s oldest rural shows.
The Auckland A&P Show is celebrating its 175th anniversary with the Royal Easter Show this weekend. 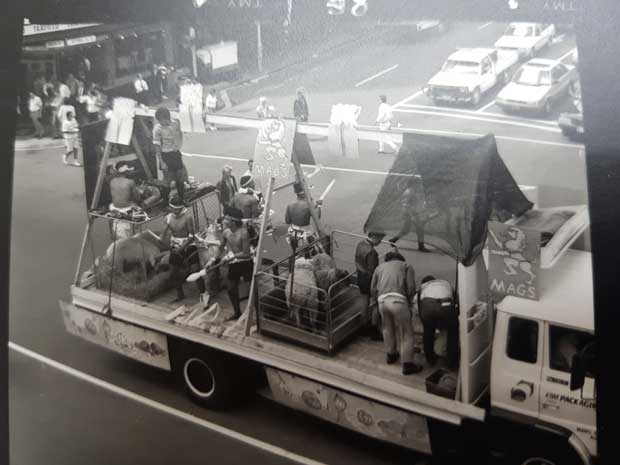 Back at its beginnings in 1843 – just three years after the signing of the Treaty of Waitangi – Auckland was still largely farmland. Prizes at the first show were awarded for the best bull, yearling bull, bull calf, cow, cow and calf, yearling heifer and cow-calf, best ram, ewe, ewe with lamb and boar and sow. Produce prizes were awarded for the best cabbages, cauliflowers, broccoli potatoes, turnips, onions, peas, beans, cucumbers and marrows.
While the ASB Showgrounds have been the location for the Royal Easter Show for many years now, the first Auckland Agricultural Show took place in two locations:
the Auckland Domain, where livestock entries were judged
Fort Street – now the heart of Auckland’s bustling CBD – which hosted a seed and home industry exhibition
The Southern Cross newspaper published a glowing report of the show, saying the event was a celebration of all that was good in the new colony:

“In every respect highly creditable to the colony and to this settlement in particular.. the flowers from the garden of Lieutenant [George] Bennett were exceedingly beautiful and shows how much the lovers of flora may expect in such a delightful climate as this. The roots and vegetables considering the season of the year, were generally speaking, very fine. The European fruits exhibited by Mr [George] Clarke and Mr [David] Rough put it beyond doubt that the most admired of the fruits of our native country will thrive in this colony.”
Source: Agricultural Heritage by Hugh Stringleman

The show moved to its current home at the ASB Showgrounds in 1910 where it would draw record crowds for many years. The exceptions were 1918 when it was closed due to the influenza pandemic, and during World War II where the grounds became a military base.
In 1953, the Auckland Manufacturers Association joined with the Auckland A&P Organisation to form the Easter Show to promote New Zealand goods. The first motto of the show was ‘What New Zealand makes and grows, makes New Zealand grow’.
In the 1950s, the Easter Show became a big family event. Star attractions included agricultural competitions such as wood-chopping, children’s farmland, Polynesian Village and a radio show with Selwyn Toogood and Phil Shone. 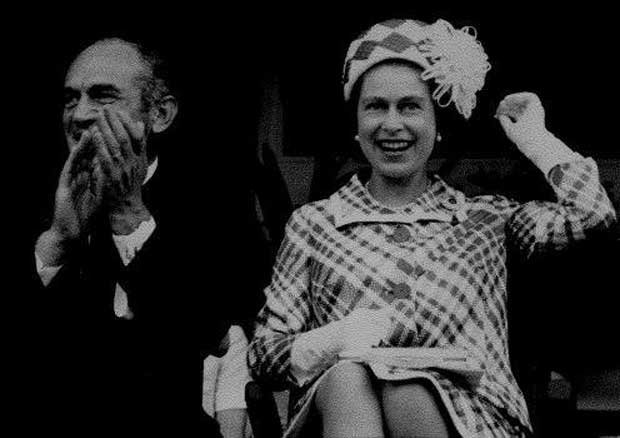 The Easter Show wine competition also started, with the first wine entrants coming largely from vineyards in the Auckland region, along with five entrants from the Hawke’s Bay and Gisborne. Wines exhibited included hock, sauterne, claret and Burgundy.
In 1989 the show became the Royal Easter Show, awarded its Royal status by the RAS of NZ.

While the carnival rides are a big drawcard, the show’s agricultural history is still at the heart of this year’s Royal Easter Show. Entry is free, and visitors can watch shearing competitions and see livestock competitions for alpacas, beef and dairy cattle, goats, pigs, sheep. 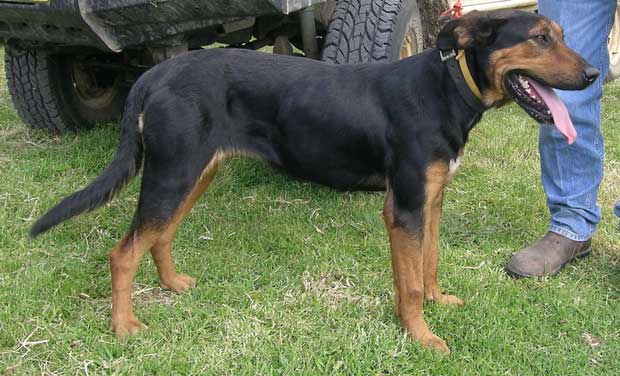 This year, for the first time, audiences can watch the heading and eye dog trials where New Zealand Huntaway dogs show off their sheep herding skills. The NZ Huntaway is the only dog breed to come from New Zealand, recognised as an official dog breed in 2013 after 150 years. 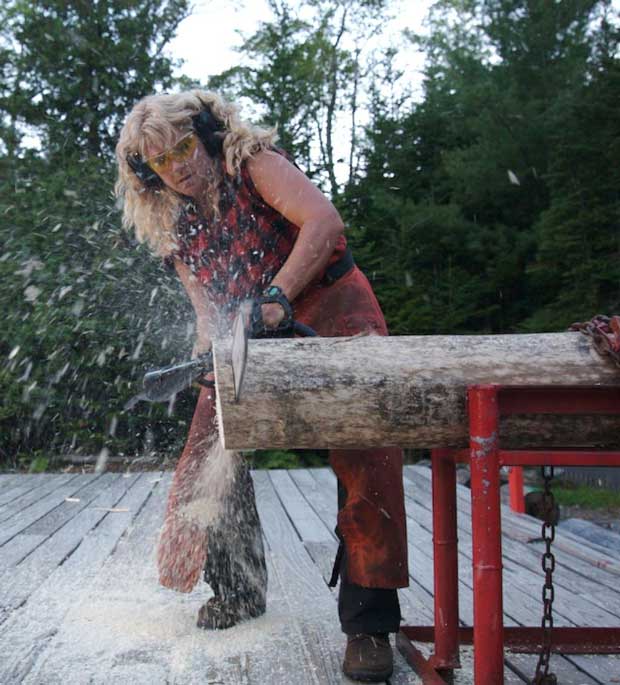 Wisconsin-born ‘Timber’ Tina Scheer is performing in Auckland for the Easter Show. Tina has been involved in logging sports since the age of seven years old where she competed in log rolling. Tina competed on the Survivor TV show in 2006.  Photo: Auckland A&P Society.

US Wood-cutting pro Timber Scheer aka Timber Tina is one of the international acts performing this year. She says she is thrilled to perform in front of a New Zealand crowd.
“It is exciting to be able to share our unique sport with so many attendees. This year, we have a team of four, two Lumberjacks and two Lumberjills and we’ll compete in seven events known as the ‘Olympics of the Forest’. Our show is fast paced, educational and entertaining, we feel honored to be performing in New Zealand and look forward to all of the revelry of the Royal Show.”