Why the Beer Baroness misses beer 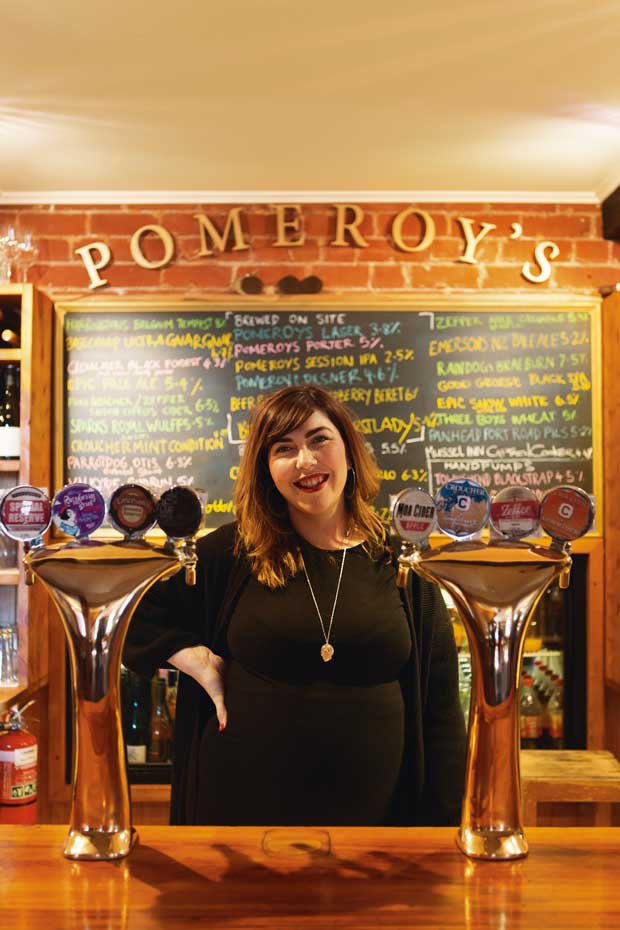 She may have named her first craft beer after a famous lipstick, but brewer Ava Nakagawa is certainly not making beer just for the girls.

Ava Ngakawa gets a faraway look in her eyes when she talks about the last time she had a few beers. It was in February 2016 during “a small window” between being pregnant, breastfeeding, parenting an active toddler and getting pregnant again. “I feel like I haven’t drunk beer for years,” she laughs, propped on a bar stool in Pomeroy’s, the rustic Christchurch pub she manages. “But I drank lots of beer on my wedding night in February and stayed up until 5am. I really miss drinking beer but when you’re getting up to a toddler, the hangover just isn’t worth it.”

When NZ Life & Leisure talked to Ava in October, she was looking forward to the arrival of  baby Milo (born November 17). She’s already talking about having a third  child – it’ll be a while before Ava can look forward to a restorative pint. Given her line of work, it’s not surprising that she’s a little concerned.

“Beer is constantly evolving and you have to drink it regularly to appreciate it,” she says. “If you don’t use it, you lose it.”

Ava calls herself a jack-of-all-trades but that belies the work she’s put in during the past decade to develop a deep understanding and love for all things beer. As the general manager of Pomeroy’s, a beacon for craft beer connoisseurs, her glass is already more than half full. But that hasn’t stopped her from following her nose into developing the pub’s brewing arm or her own label called the Beer Baroness. 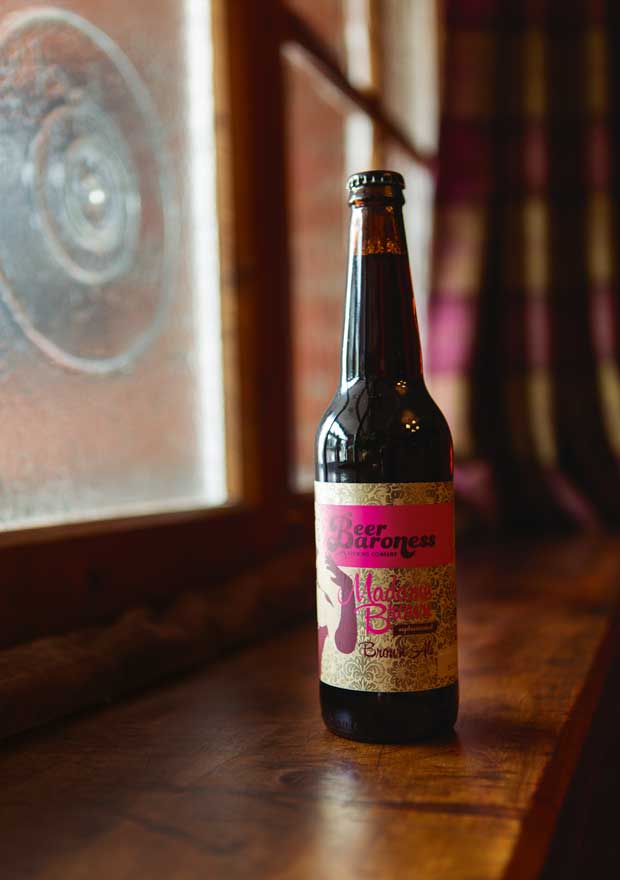 “I want to fly the flag for craft beer and for Christchurch,” she says. “I love this industry and I never want to leave it. In no way do I claim to be a master brewer but I see what people are drinking and what the trends are out there. I bring all that experience to what I do.”

Ava discovered beer as a teenager, which stood her in good stead when she grew up and got serious about pursuing a career in hospitality. “I never liked wine and I was always the girl who drank beer. Then about eight years ago, I drank a Tuatara Hefe and it was this incredibly crafted wheat beer with these flavours of banana and cloves. Until then I’d only really drunk traditional lager. I thought, ‘this is what beer can be’. It opened my eyes to a whole lot of different styles.” By then she was well positioned to do something about it. Ava’s increasing interest in beer neatly coincided with becoming general manager of Pomeroy’s, owned by her mother Victoria and stepfather Steve. The distinctive building was the original Wards Brewery and has stood in this spot since the 1850s, withstanding various shifts in drinking culture (and the ground beneath). Ava’s epiphany was perfectly timed with the emergence of craft brewers like Yeastie Boys and Eight-Wired. “Everything was really young, but those guys were doing things that were quite controversial at the time. It was amazing.” 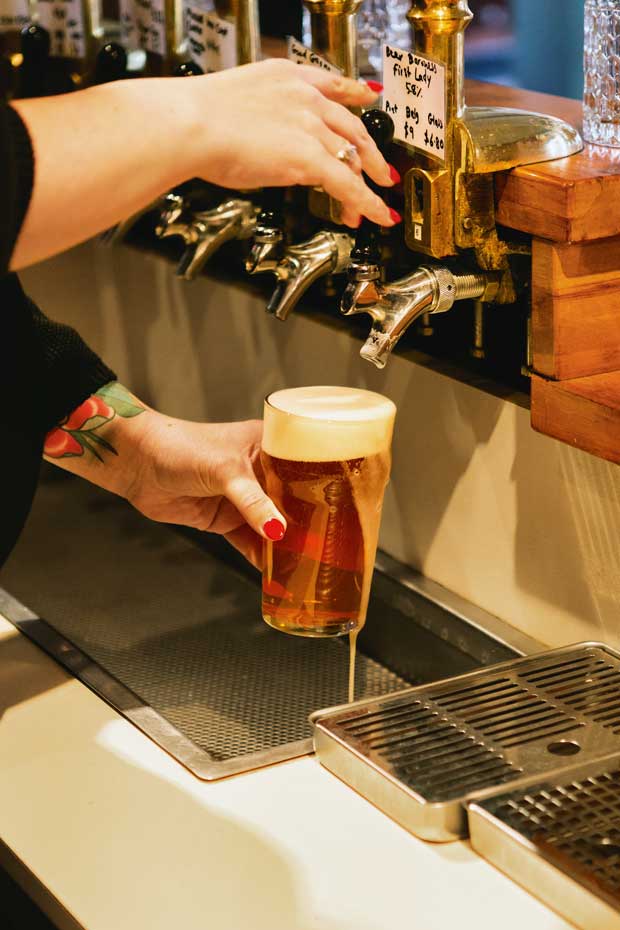 First, she and stepfather Steve increased the number of beers on tap from eight to 21. Then they realized there was even more they could do to support the growing industry. “About five years ago we saw a gap in the market for contract facilities for brewers. Mum and Steve had bought the building and everything just fell into place.” They enlisted the help of Beer NZ craft beer distributor Craig Bowen and Stainless Brewing was on its way. Ava makes setting up a 1200-litre brewery look as easy as pulling a pint but concedes they didn’t realize what hard work was to come. “We were probably quite naïve because craft beer doesn’t make money,” she says. “We went into it with a massive love for beer and we thought a lot about what we were doing but none of us were experienced brewers and having the brewery has been a big learning experience.” 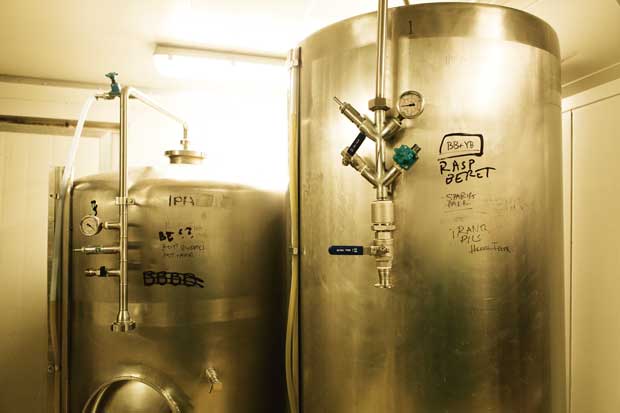 Of course, there’s not much point in being part owner of a brewing facility if you’re not making your own. Ava set up the Beer Baroness brand three years ago and has since made half a dozen well-received brews, often in collaboration with other brands. This year, her beers have gone into bottles for the first time. “I really love writing recipes and making my own beer is an outlet for creativity,” she says. “I often think of a name before I’ve thought about the rest of it. I drive Cam [brewer Cameron Burgess] crazy. There have been a few misses. Recently we dumped a batch because it wasn’t what it should be. But I don’t want to put out something that’s ok because you need to sell it.” 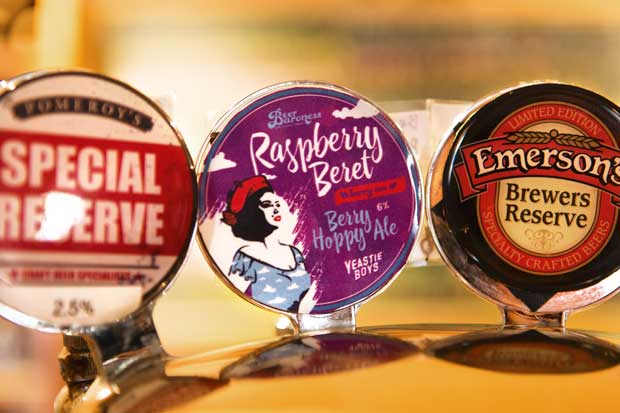 Her first, Lady Danger, was named after her favourite MAC lipstick, but she’s adamant that the Beer Baroness is not making brews for girls. “There’s no such thing as women’s beer and the brand is tongue in cheek rather than gender specific. This is a great opportunity to do my own thing. But I’m able to lean on so many other people for advice and direction. “I really love Lady Danger because it was my first, but my favourite of my beers is Madame Brown. I’m known for making quite hoppy beers and this one isn’t hoppy at all. It’s all about the malt. Brown ales are so misunderstood. It’s a really simple recipe that I wrote myself and it looks amazing in the bottle.”

Ava believes the massive interest in craft beer mirrors the renewed respect for provenance in food and wine. “People want good food, they want locally sourced products and they appreciate that it takes hard work to make something great. Craft beer came at the right time because now people want to know about the brewer and where the beer comes from. They want to know that there
has been love and time that’s gone into making things. I love being part of that.” 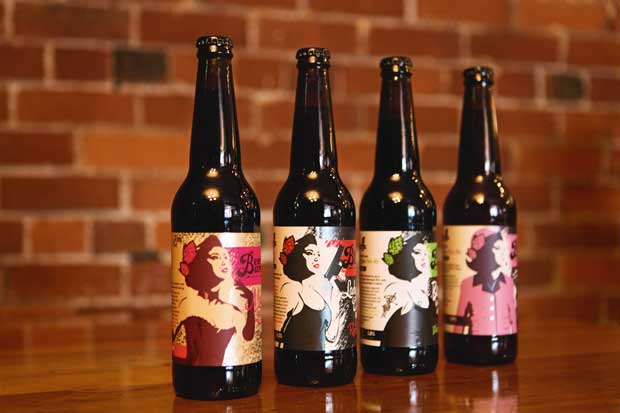 “I’m definitely a seasonal drinker,” Ava says. “In the summer I had a thing for Good George Sparkling. But it really depends. In winter I do love stouts, especially Three Boys’ Oyster Stout, and I have always loved Yeastie Boys’ PKB [Pot Kettle Black]. I love everything that Liberty Brewing does too. But mostly I’m really boring and I just drink lots of water. I don’t drink my own beer – no way, not when I can drink everyone else’s.”