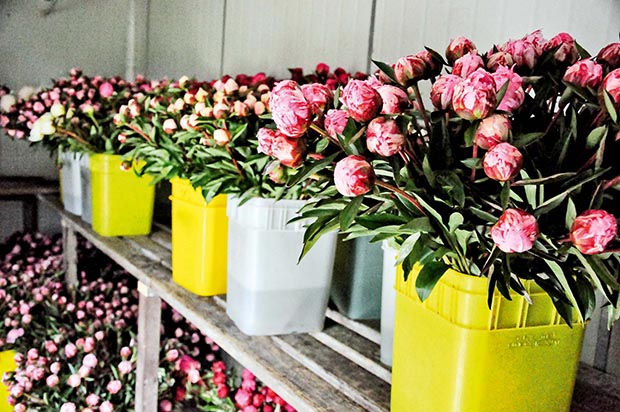 PEONY GROWING BASICS
You don’t need to spend money on purpose-built facilities. “Basically you need a packing shed, which for us was an excess shearing shed, somewhere to fumigate flowers, and a chiller,” says Judith, an Oxford peony grower. Fumigation is required by importing countries, especially the United States, which when Barry and Judith started was 60% of the market. Today the US makes up about 35%, with Asian countries together about 40%, and Australia about 20%.

“The requirements deter some growers,” says Judith. “We have to spray certain insecticides to get registered for entry into the United States. The leaves are tested periodically to check the chemical is still there. The flowers are tested and given a number to say they are certified.” The process can be costly and complicated if you don’t have the numbers to justify it.

EVERYTHING YOU NEED TO KNOW ABOUT COMMERCIAL PEONY PRODUCTION
Can peonies be grown anywhere? No. Peonies need to be grown where there is a good frost as the tubers require a certain amount of chilling through the winter. Hawkes Bay, Blenheim and Nelson produce early varieties, which command a higher profit.

How difficult are they to grow?
Peonies are not fussy but heavy, wet soil is extremely harmful as it causes root rot. “For good production you need to keep the soil fertility up,” says Judith. “We test every two years just as we did on the farm. If we keep plants healthy through good feeding and preventative spraying, we will get a good return in more and larger flowers. “

Are they prone to pests and diseases?
They don’t have a lot of disease – the biggest problem is botrytis (grey mould).
“We spray as they come through the ground. Three years ago we had a problem with stem rot but we have overcome it in the last two years.” 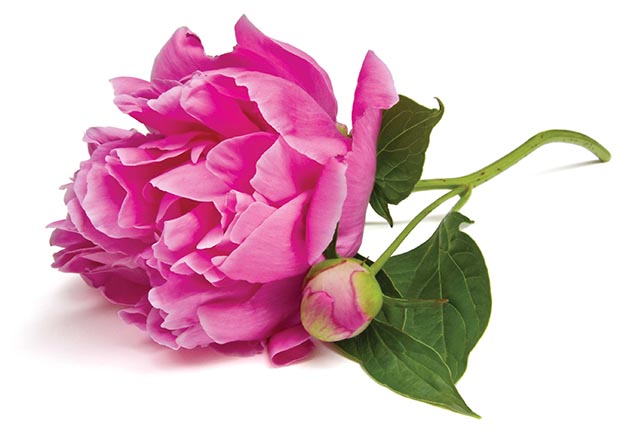 How much spraying is needed?
A spray programme in the paddock is the beginning of quality control for the flowers going out. “In autumn we spray and clean up stalks with fungicide. We have to watch out for thrips. “You also have to keep the weeds down in order to keep the insects out – we spray over the top in winter with a herbicide after the tops have been cut and the tubers are dormant.”

How labour intensive is it?
The picking season is very intensive so you need to be organised to handle it. In Canterbury most plants don’t come through until early October, and are all picked by early December. Each variety is picked in a 10 day time period, with the bulk of it in four days. Barry and Judith employ Oxford locals to help them pick and pack.

What is the biggest threat?
When the buds are the size of a small fingernail they can get frosted, and hail at the wrong time can wipe a crop out.
“One year we were in the woolshed, had just de-budded everything and this hailstorm came through. Within five minutes the whole crop was shredded.” 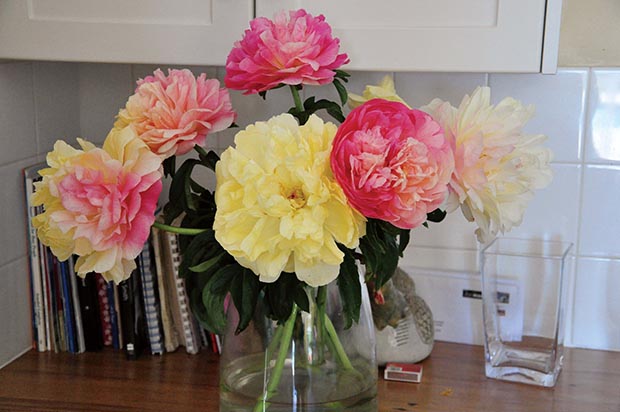 Has it been worth it financially?
Barry and Judith don’t get to sell during the times of the highest prices because the climate means they can’t grow early varieties, but it’s still well worth it for them. “Yes, we do get financially rewarded for our efforts but it does take hard work and long term commitment. “The peonies are a great retirement fund and have helped us through some very sticky patches farm-wise and family-wise. It’s been a wonderful at-home business. And we’re not sick of it!”

5 PLUSES FOR NZ EXPORT PEONIES
1. NZ-grown flowers come in during the off-season in the northern hemisphere.
2. NZ-grown paeonies have bigger bud size and clearer and stronger coloured flowers than those from Australia and Chile (probably due to climate). “We are known for quality, top grade flowers,” says Judith.
3. New Zealand can offer the full colour range: corals, light and dark reds, whites, creams and all pinks.
4. NZ has the most corals in the world – a grower Barry and Judith visited in Holland in 2012 had actually imported corals back from New Zealand.
5. Depending on where they are grown, NZ can meet demands for early market flowers and offer preferred colours such as corals for American Thanksgiving. 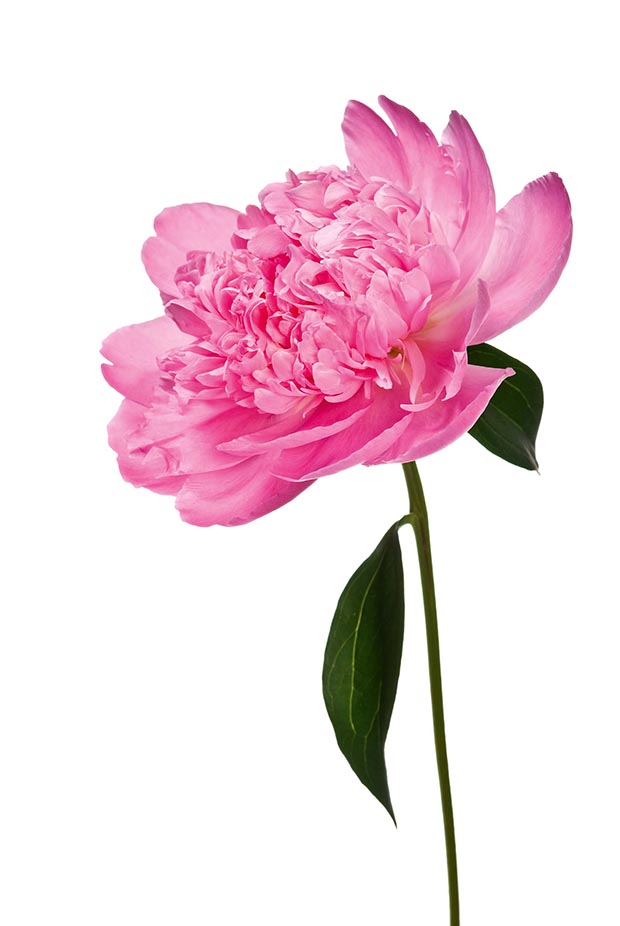 5 TIPS FOR ASPIRING PEONY GROWERS
1. Don’t be seduced by high prices. Do your homework and be realistic. One plant might grow 10 stems one year but it won’t do that every year. Talk to your accountant.
2. Check varieties very carefully – different varieties suit different locations. The earlier varieties command the best profit but they are more likely to get frosted.
3. Consider the intense, short picking season – can you handle it?
4. Talk to people in the industry: The Paeony Society; exporters and florists about their requirements; growers in your location.
5. For more information on The Paeony Society visit www.nzpaeonies.co.nz or contact Rodger Whitson, President NZ Paeonies, phone 03 489-3622, rodger.whitson@xtra.co.nz