Blog: No such thing as a stranger 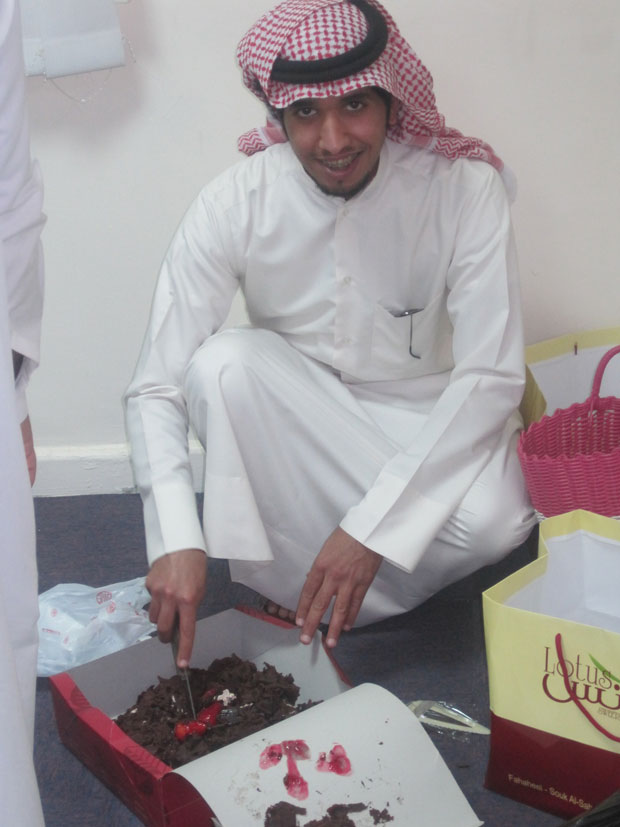 Invited in for cake.

At a time when travel bans and giant walls place severe strain on international relations, Polly reflects on the kind hospitality she received in the Middle East.

When a metaphorical door clanged shut in the face of so many heading for the US the other week, my thoughts turned to the very different reception James and I received during our exploration of the Middle East six years ago. We were there for around 18 months, and during that time, doors were continually swinging open. Be it in Kuwait or Egypt; Syria or Iraq; city or countryside; we were constantly overwhelmed and humbled by the generous warmth demonstrated to us by complete unknowns. Dining out with new friends in Kuwait.

Whether inviting us in off the street for home-cooked meals with their families, ushering us along to weddings, seating us as impromptu guests of honour at picnics, pouring sweet tea in stores, offering car rides on street corners or refusing payment after serving us meals in back street restaurants; locals repeatedly showed their commitment to the Islamic tradition of hospitality by welcoming us with genuine pleasure and sharing what they had. Coffee with an antique dealer in Syria.

When a Syrian antique dealer/artist hailed us into his store for coffee on an icy Damascus morning, he explained that the scriptural figure of Abraham had started the trend of treating guests well when unwittingly accommodating three disguised angels who’d knocked on his door. To his way of thinking, anybody could be another undercover seraph. 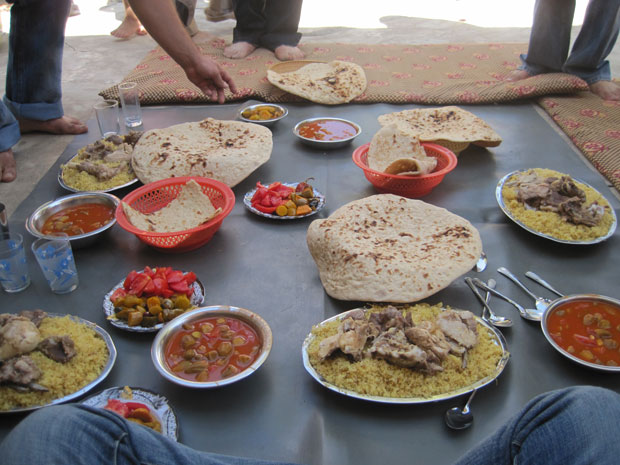 Hospitality at a picnic.

Over piles of ancient telephones, gramophones and typewriters, he told me hospitality for him was a duty to God and a way of life that maintained a generosity of spirit.
‘The word ‘stranger’ doesn’t exist in the Qur’an. Everyone away from their home is a potential messenger from God.’

After bidding him farewell, I felt sad and somewhat ashamed on behalf of my country as I compared the Islamic culture’s treatment of two dishevelled backpackers with the reception typically offered in the west. Terrorist-fearers, Trump-chumps and racists aside, even the nicest members of our population don’t usually approach foreign-looking people on the street to offer them a ride, a coffee or a meal at the family dining table. How cold and unfriendly we must appear to those Islamic travellers with the means and right passport to explore the world.

Now that James and I have settled at the top of a winding goat track in the back of the Far North’s beyond, we aren’t exactly over-run with visitors. Nobody drops in on the way to somewhere else. However, when neighbours, friends, wwoofers, lost drivers and the very occasional intrepid Jehovah’s Witness out on recruitment do make it up to the top of our hill, we endeavour to down tools, put tasks aside and make them feel welcome, no matter how busy we might be. Not only do such interactions keep us connected to the outside world, but treating guests as prospective angels is a lovely practice to adopt. Seated at a picnic.

Inspired by all the times James and I have been welcomed and fed; we’ve hosted our share of waifs and strays since we’ve been here. James, in particular, has a lovely knack for bringing random people home; including the French girl attempting to roller-skate the length of New Zealand, the Hungarian man setting up bed in a park, the shy Bulgarian befriended at a festival, and the beleaguered Scotsman needing an address for a parcel’s delivery.

By taking them in, it’s been nice to reciprocate what we’ve received. Sometimes we’ve had to rearrange the food on the plates to make it go around, but impromptu guests add to the meal in other ways with their unexpected conversations and sharing of different lives. There’s been no doubting the lack of angelic tendencies in some, but that’s been no reason to turn them away. As our Middle Eastern hosts so graciously showed me, there’s always room for another mouth at the table.