In which Polly trades in foreign treasure-hunting for a more sedate seeking of materials and finds it just as rewarding.

More than half-a-century ago, when my dad was in his late teens, it was relayed that his grandfather was dying and urgently wanted to see him. Legend has it this fierce old man had transferred his life savings from under the mattress into a tin box he’d buried somewhere in the ground. Did he wish to impart its location to his favourite grandson? 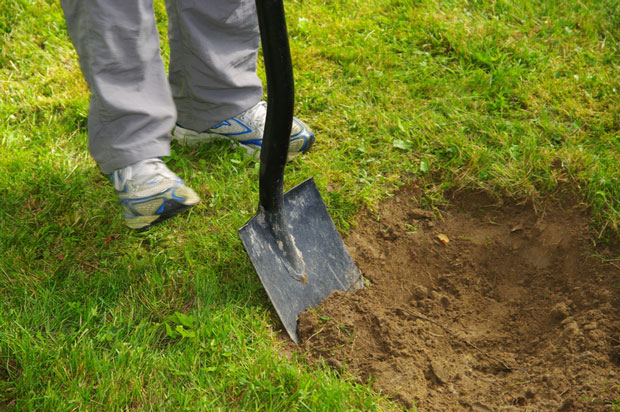 It took my dad several days to travel two-thirds the length of New Zealand and sadly, just before he arrived in Nightcaps, near Invercargill; the old man gasped his last, taking knowledge of his secret stash with him. A few optimistic holes were dug around his garden, but as far as we know, any fortune has remained in the earth till this day.

As a child, this story affirmed that treasure is potentially anywhere, if one is looking and has luck on their side. An old neighbour supported the philosophy by finding a large coin on a Wellington beach that historians identified as currency issued to Captain Cook’s crew in the 1700s. Dad came home from a Kaimanawa tramping trip with a handful of Maori obsidian tools he’d discovered, and I struck riches beyond measure as a seven-year-old when I uncovered a $10-note in a gutter.

Keeping an eye out for treasure became a habit that’s been richly rewarded while travelling. Some might raise an eyebrow at the old wedding sarees, antique Andean ponchos, prayer wheels and other trinkets I’ve gathered into my backpack, but there’s no doubting my luck at uncovering a perfect ammonite fossil while trekking through the Himalayas. Other treasures were too big to carry away. Straying off track in the Mexican jungle of Palenque; I saw a great mountain of collapsed, moss-green bricks that was surely a Mayan temple-site awaiting archaeological exploration. In Syria’s Palmyra, exquisitely fashioned stone columns from Roman times lay half buried in desert sand; while locals in rural Iraq, when asked if there was anything old to view, directed James and me to both abandoned cliff-face cave houses decorated with carvings of giants; and a strange stone room atop a deep tunnel running so far into the hillside, we eventually abandoned its investigation. Nobody could tell us a thing about these constructions except that they’d always been there. 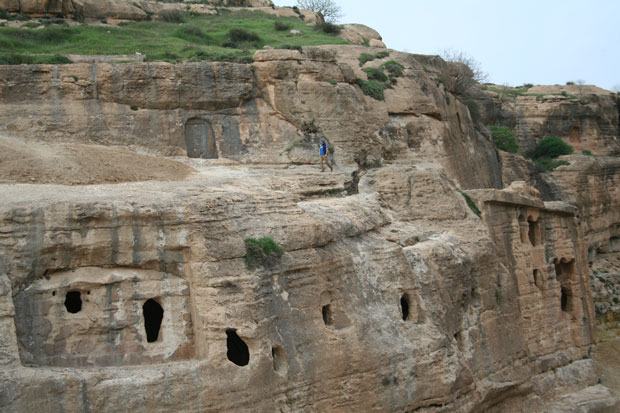 These encounters came home inside me as feelings of wonderment and excitement; stored in a memory vault crammed full of psychic wealth. Possibly this is the best sort of treasure to seek. If we can’t take our earthly fortune when we die, will richness of experience, in some form, pass with us? The narrowing tunnel into an Iraqi hillside.

These days, my treasure-hunting forays are limited to the Far North. There are lumps of ambergris to discover washed up on West Coast beaches, and discarded Maori artifacts to unearth from old settlement sites, but the majority of James and my seeking occurs as we fossick through op-shops and garage sales, or scroll Trade Me for building materials to add to our home-made house. Indiana Jones would yawn from boredom and the booty we lug home isn’t everyone’s cup of tea, but the sense of delight and satisfaction James and I feel as we track down an old tap, recycled paving stones or a cast-iron coffee grinder, prove we’ve hit proverbial gold yet again, in our eyes at least.

Last week, while collecting materials for mudbrick-making, James came home with a hefty old book procured from a newspaper-gathering mission at the rubbish dump. It had lost its cover and was tattered and ripped, but amongst its 400-odd pages lay a treasury of photos, maps and old poems taken from bygone Persia that we poured over in fascination. The architecture stimulated James; the outfits and Arabic writing captured five-year-old Vita’s attention, two-year-old Zen liked the camels, and I was transfixed by the maps. Trying to mentally pronounce the towns and mountain ranges of Iran, I felt an old stirring of curiosity and imagination. We’d once driven up to the Iranian border with Kurdistan, and I’d been disappointed when soldiers had turned us back. It is funny how some countries pull travelers to them. Peru, India, Nepal, Kurdistan and Syria did this to me. Now, rolling my tongue around Birjand, Dasht-E Lut, Khorasan and Gonbad-e Qabus; something inside me again answered to the call. Why do some landscapes sing to our hearts and set us straining to get there? 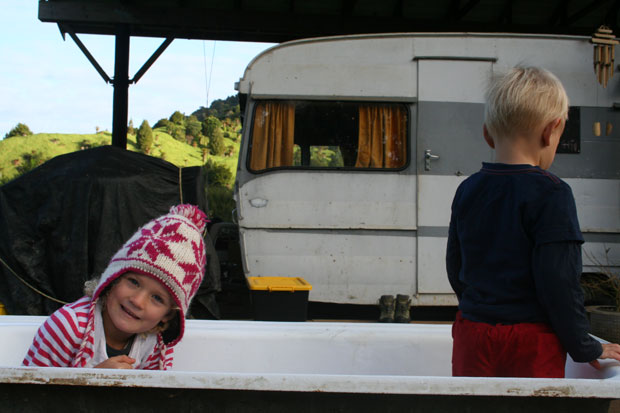 To keep me firmly anchored to our immediate life in the valley, we’ve just brought home another treasure that is so heavy; I cannot lift it alone. We’d been seeking a claw-foot bath tub for some time, bidding unsuccessfully on Trade Me and scouring backcountry paddocks for repurposed old drinking troughs, when a friend alerted me to one that had sat in a nearby farmhouse for more than a century and was viewed as a slur on modernity. Admittedly it’s not of the roll-top style, but it became ours for a mere $80; and according to Google, it won’t be too arduous to restore. A Helpxer arriving this week will be helping to grind off its old surface and while I doubt the experience will be added to his moments-to-cherish; I intend to treasure his efforts when we’re soaking in our newly enamelled tub.