Cold wars: Busting the myths of the common cold A cold may be common but finding a cure for it has thwarted scientists for centuries. It’s not for lack of trying, however. “Cures” abound (including that one involving vitamin C)…

The common cold can be uncommonly miserable. Compounding the suffering is the fact it’s highly likely someone will advise the sufferer their illness could have been prevented by mega doses of vitamin C. Everyone has a cure for a cold. It’s enough to make a sick person irritable indeed.

Colds are common because they are so easy to spread; sneezing, coughing, door handles, ATMs. They are hard to treat and with more than 100 identified strains of rhinovirus (the common cold), making a vaccine is impossible. For centuries, humans have tried to treat colds. And there’s no shortage of strange strategies. For example:

Put on wet socks at night.

According to some naturopathic practitioners, wet socks will increase circulation to the feet and, in turn, relieve congestion from the head. The remedy is also claimed to help regulate the immune system and aid the elimination of waste.

Stuff an onion in one’s socks.

Slicing up an onion and stuffing it in one’s socks is also considered to be an effective remedy for sore throats. Onions contain the compound allicin, which is considered to reduce inflammation and have antioxidant benefits. Rub Vicks on the feet. Try rubbing Vicks VapoRub into the soles. Some say doing so provides relief for coughs and congestion.

This is a Russian remedy made by combining whisked egg yolk with a spoonful of sugar or honey before adding the mixture to a half cup of milk heated with a tablespoon of unsalted butter. A shot of cognac or rum can be added for adults, and the mixture is said to both treat a sore throat and help promote a good night’s sleep.

With the world wobbling around in socks full of onions and a skin full of rum, how did humanity imagine vitamin C might see off this virus? One man is credited with this — Linus Pauling, arguably the most brilliant American scientist of the past century.

In 1931, Linus Pauling, aged 30, published a paper in the Journal of the American Chemical Society titled The Nature of the Chemical Bond. It was a revolutionary idea that joined quantum physics with chemistry. “It was too complicated for me,” said Albert Einstein when asked what he thought of Pauling’s work. From this paper, Pauling became the youngest person elected to the National Academy of Sciences, was made a full professor at Caltech and won the Nobel Prize in chemistry.

Further revolutionary papers followed. In 1949 came Sickle Cell Anemia, a Molecular Disease, in 1951 The Structure of Proteins, later built upon by James Watson and Francis Crick to explain the structure of DNA.

In 1961, Pauling studied blood from gorillas, chimpanzees, and monkeys to see whether mutations in haemoglobin could be used to track evolutionary progress. He showed that humans had diverged from gorillas about 11 million years ago, much earlier than scientists had thought. Outside the lab, in the 1950s Pauling became the world’s most-recognized peace activist in and wrote the best-selling book No More War! In 1961, he appeared on the cover of Time magazine’s Men of the Year issue, hailed as one of the greatest scientists ever. In 1962, he won the Nobel Peace Prize, the first person to win two unshared Nobel prizes.

Then, in 1970, Pauling published Vitamin C and the Common Cold, urging the public to take 3000 milligrams of vitamin C daily (about 50 times the recommended daily allowance). Pauling believed that the common cold would soon disappear. “It will take decades to eradicate the common cold but it can, I believe, be controlled entirely in the United States and some other countries within a few years. I look forward to witnessing this step toward a better world.”

The book became an instant best-seller. An expanded edition, Vitamin C, the Common Cold and the Flu, published three years later, promised to ward off a predicted swine flu pandemic. By the mid-1970s, 50 million Americans were following Pauling’s advice and taking mega-doses of ascorbic acid. Pauling was generally considered a true polymath.

Scientists, however, were less enthusiastic about vitamin advice. In 1942, a trio from the University of Minnesota published a paper in the Journal of the American Medical Association called Vitamins for the Prevention of Colds. The authors concluded: “Under the conditions of this controlled study, in which 980 colds were treated . . . there is no indication that vitamin C alone, an antihistamine alone, or vitamin C plus an antihistamine have any important effect on the duration or severity of infections of the upper respiratory tract.” 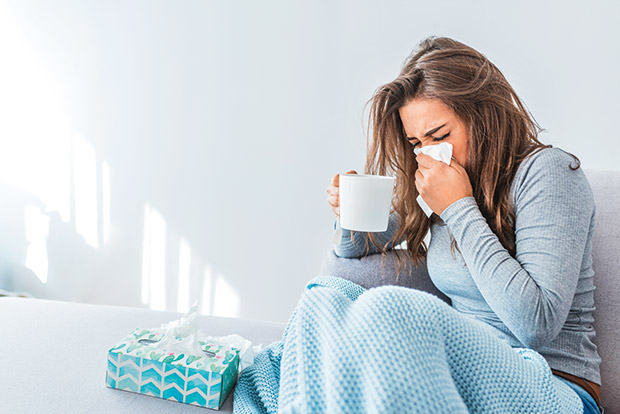 Other studies followed. At the University of Toronto, researchers administered 2000 milligrams of vitamin C or placebo to 3500 volunteers. Vitamin C didn’t prevent colds. In 2002, researchers in the Netherlands administered multivitamins or a placebo to more than 600 volunteers with no significant difference. At least 15 well-regarded studies have now shown that vitamin C doesn’t treat the common cold.

The best study — from a research basis, though a little dodgy on ethics — was conducted in 1970 by the University of Maryland School of Medicine on 21 prisoner volunteers at the House of Corrections in Jessup, Maryland. Blood specimens were taken from the volunteers and tested for a particular strain of cold called Rhinovirus Type 44.

For two weeks, 11 volunteers were given 3000 milligrams of vitamin C every day, and 10 received placebos. All the men were then inoculated intranasally with the virus. The vitamin group continued to receive the vitamin for another week, and the placebo group to receive the placebo. Every day, the men were examined by doctors, symptoms recorded, and nasal washings tested for the amount of rhinovirus present. No difference was recorded between the two groups.

Pauling declared the study to be “a poor investigation, too small and performed under unnatural conditions”. However, unlike studies in the general public, the Maryland study was able to control all the confounding variables that often skew the conclusions: some people are susceptible to viruses, some people aren’t; volunteers were challenged with a known amount of Rhinovirus 44; a doctor examined them every day, which removed the reporting variable.

Pauling refused to accept the research findings, continuing to promote vitamin C. He doubled down on his original claim that taking large doses of vitamin C could prevent colds, also claiming vitamin C would help prevent cancer and heart disease. The polymath was now becoming “The Crank”, but vitamin C as a cure for the cold was firmly fixed in the public mind where it has stayed ever since.

THE MYTH OF VITAMIN C

Now that vitamin C has been proved conclusively to be of negligible benefit in preventing or treating colds, why does the myth remain so widespread? Part of the problem is that, unlike other tales, vitamin C doesn’t cause much harm. (Better to spend time battling dangerous ideas — such as taking bleach against viral infections.)

ECONOMICS OF THE COMMON COLD

The common cold is associated with an enormous economic burden as assessed by lost productivity and cost of treatment. The average incidence of the common cold is five to seven episodes per year in preschool children, and two to three per year in adults. Colds account for 40 per cent of all time lost from jobs among employed people. Millions of research dollars have been spent on ways to prevent and shorten the course of the common cold without success. One treatment that does work for the common cold is steam. Rhinoviruses thrive in the colder temperatures in the nose (33°C to 35°C) than at core body temperature (37°C). Steam won’t prevent colds, but it will help with the symptoms and give the wallet and the household onions a break.