What to consider when planting manuka 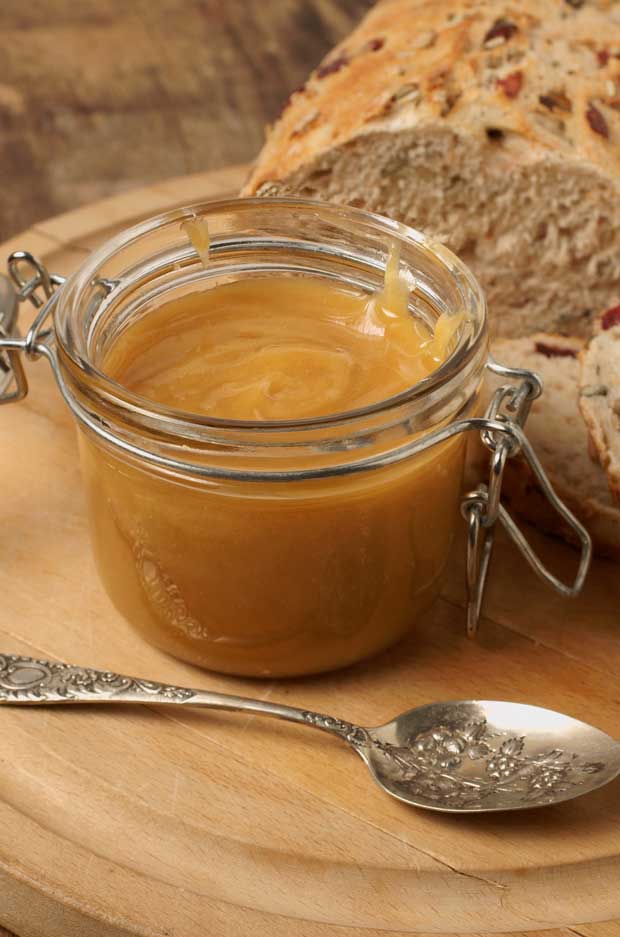 It can be expensive to plant manuka as a crop, up over $1000 per hectare so it’s not for everyone.

The best option is to let an area where manuka has grown before regenerate if there is a good seedbed. It will already have the specific fungi (mycorrhiza) in the soil that aids the plant in taking up nutrients.

Second is to plant around manuka that is already growing in an area. Like any tree, there’s a bit of a Murphy’s Law about it says Stuart Orme.

“You don’t need to plant it like a pine forests. Go out, find the damp areas, plant where you know they’re gonna grow, and you’ll end up with copses of manuka and in time they will spread.”

Manuka is one of the hardiest native species thanks to its natural role in bush as a coloniser, growing in bare areas and protecting other species as they grow through it over time. That leads to one of the problems with it: its short lifespan.

“If we don’t do something about managing our manuka resource in the next 40 years, there will not be a manuka honey industry because the majority of the sites will change species and move on.”

You may be able to design it to provide you with more than just its honey profit if you are able to harvest a specific manuka.

“On the east coast, tea tree oil is right up there,” says Stuart. “People are getting $500-$600 a tonne for foliage, if you can collect the honey off it between October and January, and then take the foliage off you can effectively create something that looks more like a tea plantation and you hold the physiological age of the tree.”

3 THINGS TO KNOW ABOUT MANUKA HONEY

The antibacterial component of the honey, methylglyoxal (MGO) isn’t present in all manuka honey if the plants don’t have it in the nectar. It’s important to find out what the MGO factor is in the manuka nectar collected by bees in your area.

MGO forms by a chemical reaction that occurs after the bees have processed the nectar into honey.

The level of MGO in manuka honey varies widely from batch to batch. Research by Waikato University has found two reasons for that: it depends to some degree on the variety of manuka the honey is collected from, but mainly on the proportion of manuka nectar in the honey.

Manuka honey is delicious, a very dark gold colour with quite a strong flavour, but just eating the honey isn’t going to help you fight superbugs or heal a wound. That’s because it’s diluted by fluid in the gut and when it is absorbed by tissues in the body.

The way honey can help is by direct application to the site of a wound. In the case of research into its effect on curing mastitis in cattle a special preparation was injected directly into the teat.

Smear manuka honey onto a wound  and it’s going to sting if the wound has been allowed to become inflamed, thanks to its acidic nature. The more inflamed the wound is the more it stings. This is because inflammation sensitises nerve endings and makes the stinging feel worse.

Licensed honey wound care products are usually in a gel form which slows the release of the acids into tissue, lessening the stinging sensation.

THE DIFFERENCE BETWEEN MANUKA AND KANUKA

1. Kanuka sheds its seed capsule but manuka retains them, so if it has old seed capsules on its branches then it is manuka.

2. Pull your hand along the foliage. Kanuka has softer leaves, while manuka leaves will feel prickly and rough.

3. As plants get older manuka is prone to manuka blight and tends to develop bark that looks sooty, whereas kanuka does not.

4. Kanuka grows significantly taller once mature, often up to 10m or higher, while most manuka reaches a maximum height of 5m.

5. Cut a branch off – manuka has red wood and kanuka has white wood. 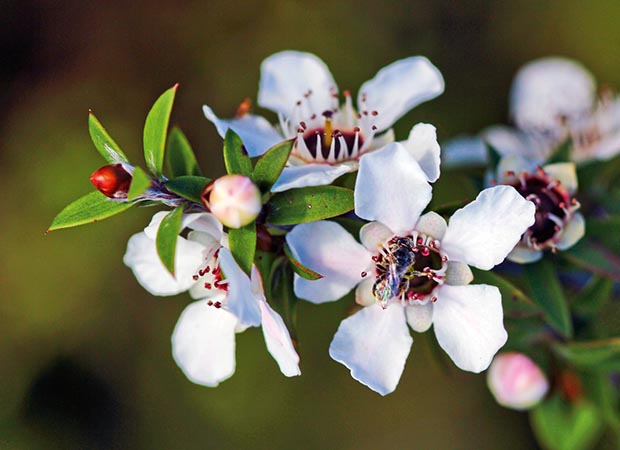 Adult height: 3-5m, can get up to 10m high in specific growing conditions.

Description: shorter, scrubbier-looking tree with large white or pink flowers (10-25mm), flowers from October, with some variation (earlier and later) depending on region. 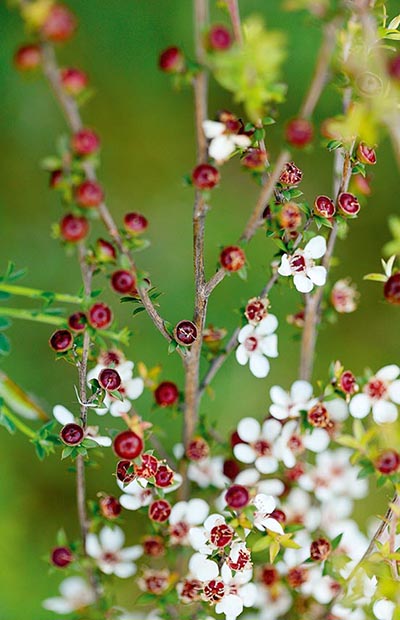 Adult height: 10m+, up to 30m in specific growing conditions.

Description: Very erect trees, papery bark and small leaves, grows clusters of small (4-8mm) white flowers from November to January, with some variation (earlier and later) depending on region.