Coop of the month: Montacre mansion 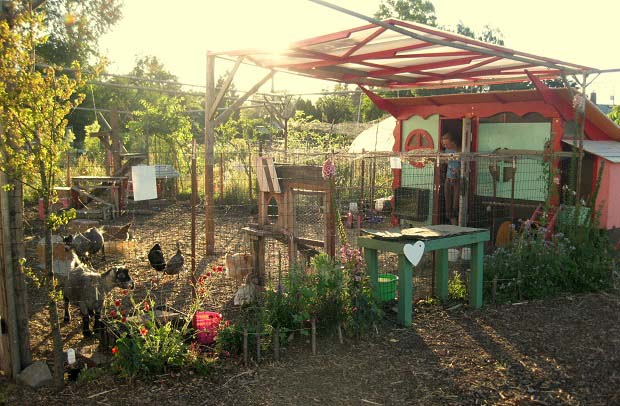 Goats and chooks live in harmony in this funky recycled coop in Portland, Oregon.

What: recycled wood, plastic and metal

Result: coop for hens and goats

When Naomi and Neil Montacre aren’t helping out the gardeners and urban farmers of Portland Oregon with organic supplies, they’re often found enjoying the company of their flock of hens – including PJ Harvey, a transgender hen that crows – and their goats. 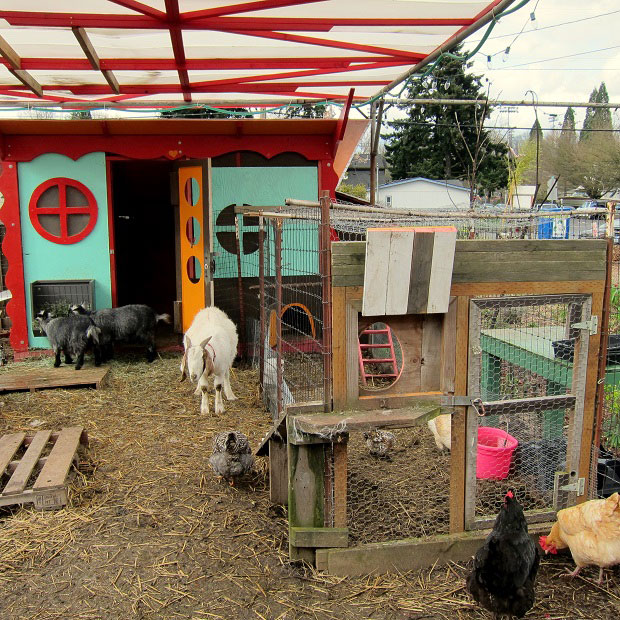 Portland is well known for its sustainable farming practices and love of recycling and the Montacre’s coop is testament to both. Neil used old timber, plastic and metal construction rubbish to build their colourful hen house that also doubles as a shelter for the goats. 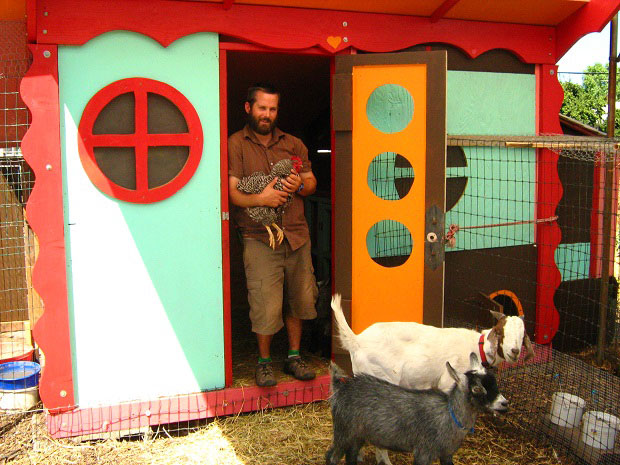 The family and their flock love it, although Neil says there is one thing he would do differently. The foundation is too low to allow cats under it, so rats have moved in. He recommends people put their coops up on bricks. Fortunately another common pest in their region – racoons – aren’t a problem as the goats make good security guards.

More stories you might like:
6 ways to work out if your hens are laying
Discuss This Article