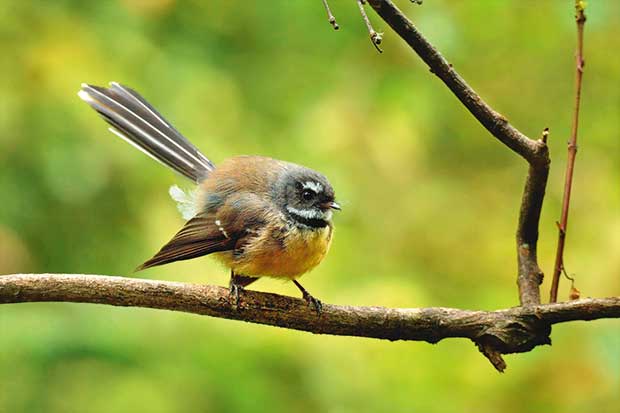 Researchers hope to find native birds with an appetite for insect pests.

A team led by Plant & Food Research will undertake a pilot study this summer to determine if native birds can control pests in orchards.

Next-generation sequencing (NGS), a DNA-based method, will be used to identify insect DNA from faeces, to discover which insects the birds favour.

“Birds could prove to be an excellent addition to the orchard ecosystem, particularly if they prefer to eat insect pests over insects that benefit growers,” says Karen Mason, Project Leader at Plant & Food Research. “The NGS technology will help us better understand what insects native birds like to eat, and whether they should be encouraged or discouraged from the orchard environment. This new technology has advantages over traditional methods, offering a fast, accurate and relatively non-invasive approach.”

The study, in collaboration with Dr Isabel Castro from Massey University, is part of a wider vision to incorporate more native plants and animals into NZ’s horticultural production system.

Attracting birds to orchards may also have secondary benefits. For example, some native nectivorous birds are highly territorial, so they may help keep other fruit-eating birds away.

“Our native species potentially have so much to offer. We should work with them to build a more sustainable future,” says Karen.