Could the reason your sheep and cattle look underweight be ill-thrift? If you’re noticing your sheep or cattle just don’t look as good as they should, but you can’t put your finger on quite why that would be, it’s highly likely to be these key factors, jointly known as ‘ill-thrift’.

When you check your animals every day, it can be hard to notice very small changes in condition until one day you realise they just aren’t doing as well as you’d like. If you weigh your livestock regularly at the same time each year, you might get more of a clue, but usually, you’re going to rely on your observations.

Summer and autumn are a common time to notice a loss in condition and it’s often put down to lower feed quality, especially in a dry summer or a drought. However, research shows it likely to be a series of factors which are to blame.

There are three factors that combine to cause ill-thrift:
1. Pasture quality
2. Parasites
3. Mycotoxins (most commonly fusaria) in pasture

The most common reason for stock growing slower than farmers expect over summer and autumn is poor pasture quality. However, when pasture quality is taken into consideration the next biggest cause of ill-thrift is parasitism, around 45% of the time in young sheep.

A Beef & Lamb-sponsored project monitored growth rates of young cattle mobs in the Waikato and compared them to predictions by specialist software. It showed that 36% of the cattle were suffering from ill-thrift, with further analysis indicating that 30% was due to parasites and 20% was linked to fusaria toxicity. Fifty percent of the cases were undiagnosed.

In sheep, healthy ewe lambs were growing at 142g/day but those with ill-thrift grew only 46g/day. Over 62% of the flocks monitored through the project had ill-thrift. Of these, 45% was due to parasitism, 19% due to fusaria toxicity and 36% had undiagnosed causes. HOW TO GET A DIAGNOSIS

Ill-thrift is caused by a number of different factors so it is important that you get tests done to help you identify a particular cause or causes.

Using the on-farm data in the project, scientists were able to show the relationship between the levels of fungi, spores, larvae etc, and the poor live weights of stock.

Fungi: when the NIV and DON levels in a pasture are at 0.8 mg/kg DM, it is likely that the toxic result caused (trichothecenes) will be reducing live weight gain (LWG) by 40g per day in lambs and 200g per day in cattle. Urine patches may have very high levels of fungi (200 times higher than inter-urine patches), although this hypothesis requires further research.

Pasture: 318 pasture samples were collected as part of the project and around 70% of samples were shown to have fungi that produce toxins. However, the presence of toxic fungi does not mean that toxins are being produced, as was shown in further tests where fungi were present and growing, but no toxins could be detected.

Trace elements: in sheep, predicting live weight gain suppression is possible using blood tests for selenium and cobalt but not for copper. This is not possible in cattle. 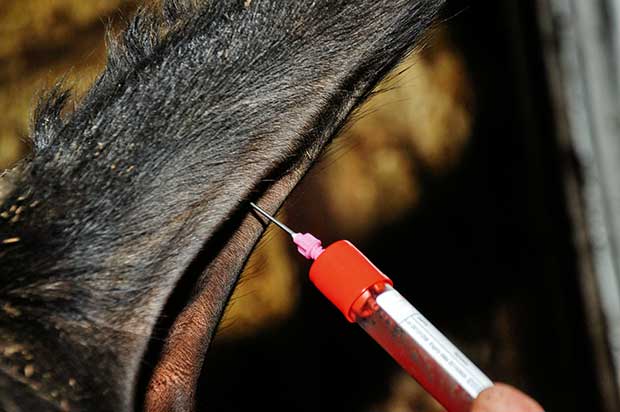 Tests for trace elements like selenium and cobalt may help you work out why an animal is doing poorly.

HOW TO FIX IT

The good news is that the biggest causes of ill-thrift (parasitism and pasture quality) can be reduced by management (eg, providing stock with higher quality pasture, management to reduce larval contamination of pastures, worm control products). It is best that farmers eliminate these causes first, before tackling the more complex pasture fungi issues. If you suspect your stock have issues, talk to your vet and work with them to get more information through testing.

Mycotoxins and other toxins are found in pasture and feed all the time, and mostly there are no known side effects.  But there is some research that points to some of these mycotoxins as the cause of poor weight gain in livestock and other health issues. A range of fusarium fungi in pasture can cause a toxin called zearalenone to be produced which has been shown to significantly reduce reproduction in sheep.

Fusarium fungi are most often found on dead material in a pasture in late summer and autumn in warm, dry conditions, so the easiest way to protect sheep is to keep them on long, leafy, green pasture.