Why Dave Gilberd gave up his engineering career to make guitars 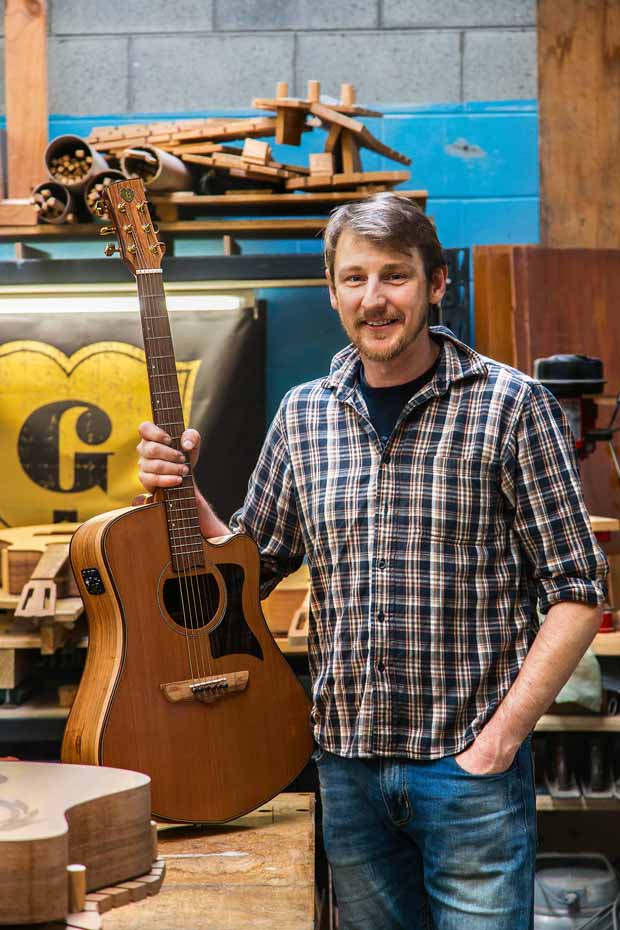 Guitar-maker Dave Gilberd ditched a high-flying career in engineering to follow his dreams.

Dave Gilberd has been hooked on guitars ever since he picked one up to stave off the high-school blues.

“An acoustic guitar makes such an organic sound. It hums,” he says. “They just seem to have so much character because of how they’re made, who made them and what they’re made from.” 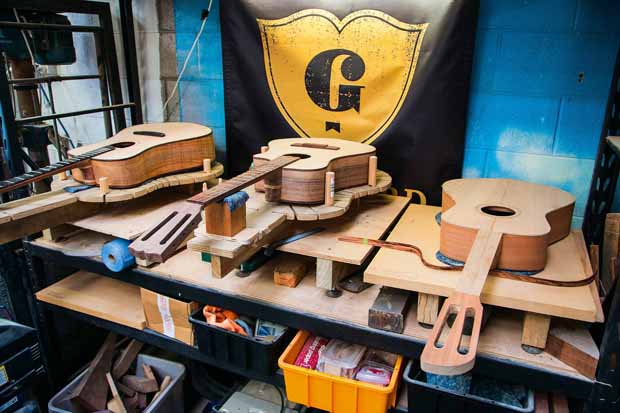 Golden-bearded Dave makes guitars of extraordinary beauty. The light bounces off their voluptuous curves in the dusty workshop he shares with a pair of furniture-makers in Wellington’s Lyall Bay. Planks of reclaimed wood, including a black walnut fireplace surround he found in a skip and a kauri weatherboard his mother retrieved from a tumbledown dwelling in Whangapoua, stand waiting their turn. Dave is completely at home here; music playing, wood shavings decorating the floor like confetti, it’s hard to imagine him doing anything else.

But the path from schoolboy muso to artisan guitar-maker has not been straightforward. After a gap year and six months at university, Dave spent six years in the Royal New Zealand Air Force as an aircraft engineer.

He enjoyed parts of it. “Aircraft are very interesting to study, but maintaining an aircraft is insanely boring.” But he found his true calling after taking part in a three-week guitar-making course run by legendary Wellington luthier Paddy Burgin in 2003. 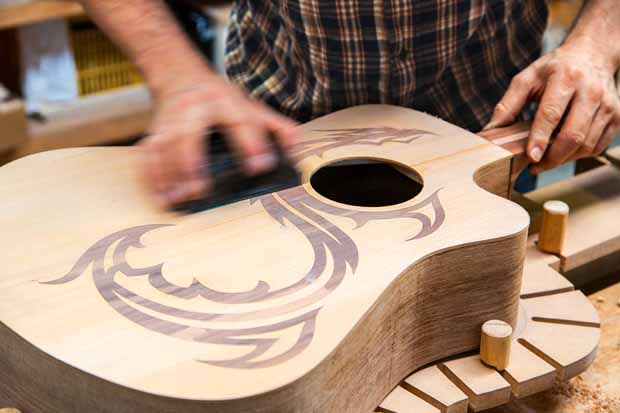 “I didn’t know it then but I was looking for a way to be creative,” he says. “I was real curious about how guitars were put together and I really enjoyed the process. I buzzed out about putting the strings on the first time – the fact that this thing wouldn’t have been in existence if it wasn’t for me. I thought, ‘I’m going to do this for a living one day.’”

After seven years as a recycling engineer in the Northern Hemisphere, that happy day finally came. Dave set up Goldbeard Guitars (legend has it that Gilberd is an old Flemish name meaning “gold beard”) before his return to New Zealand in 2011. 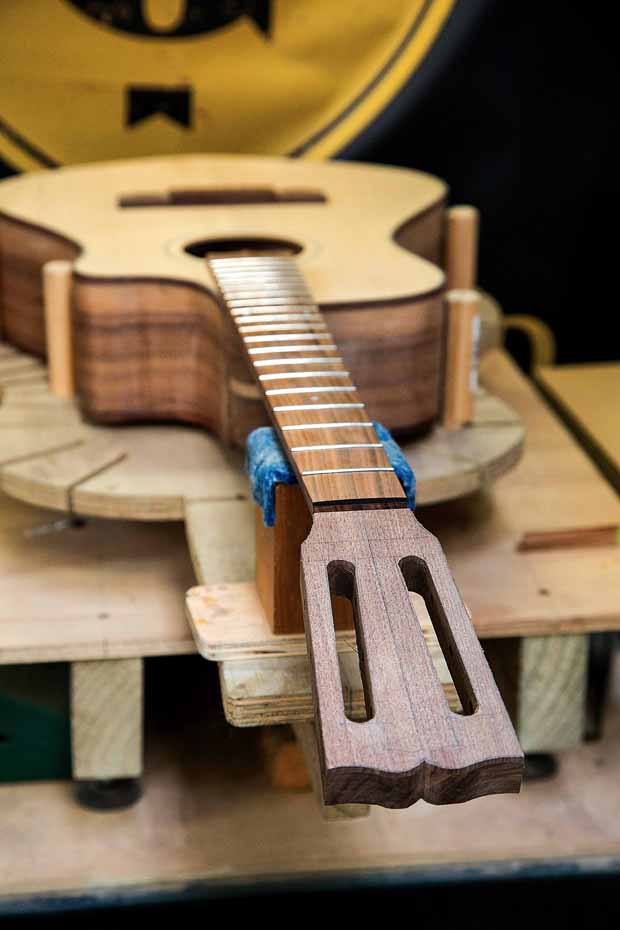 Since then he’s made about 40 custom-built guitars, as well as running guitar and ukulele-making courses, and repairing guitars.

Making a guitar requires far more creativity than maintaining an aircraft engine. Inside, an intricate system of bracing determines the instrument’s sound. Choosing the timbers requires precision and a woodman’s knowledge, moulding them into shape requires a physicist’s understanding of pressure and tension. Empathy, and a deep love of music, are essential. “What I love best is to sit down with someone and have them play a whole bunch of guitars, and listen very intently to what they’re saying about each one,” Dave says.

“I’ve had one person say ‘I want it to sound amber’ and I can work out exactly what they mean.”

These days, the tricky part comes when it’s time for a Goldbeard guitar to go to its new owner. With five guitars at home and three more at the workshop, Dave knows there are only so many instruments one man should have, even if he does play daily to his baby son, Karsiah. Still, he yearns after more.

More stories you might like:
How aviation tech company Spidertracks took its real-time tracking solution from New Zealand to the world

“I do say to my wife Natalie sometimes that I’d love to keep the one I’m working on at the time,” he says wistfully. “No matter how much I might be making a guitar for a customer, I’m still making it for myself.” Guitar glories
❯ The oldest known guitar-like instrument belonged to Har-Moses, a singer in ancient Egypt. His 3500-year old, three-stringed tanbur, now in the Cairo Archaeological Museum, was made from polished cedar wood with a rawhide soundboard.
❯ The world’s most expensive guitar is a Fender Stratocaster, donated to a fundraising auction following the tsunami that devastated parts of Asia in 2005. The guitar, signed by rock luminaries like Mick Jagger, Eric Clapton and Jimmy Page, was bought for $1.48 million by the Qatari royal family. They then donated it back to the auction, where it fetched nearly $4 million.
❯ The peculiar practice of smashing one’s guitar is most often linked back to Pete Townshend of 1960s band The Who. His brutal mistreatment of a Rickenbacker guitar while onstage in 1964 is classed as a defining moment in rock ’n’ roll history.
❯ Ten Guitars, often referred to as a New Zealand folk song, was first released as a B-side to a 1967 single by a then-unknown English cabaret crooner called Engelbert Humperdinck.
❯ A 7.5-metre guitar monument celebrates Gore’s status as the home of country music in New Zealand. The town has hosted the hotly contested New Zealand Gold Guitar Awards for more than 40 years.