Pecking Order trailer from This NZ Life on Vimeo.

The director of the new film Pecking Order talks about the bizarre world of poultry showing, and how a brain tumour has shaped his outlook on life.

When film director Slavko Martinov sits down to talk about his chicken documentary, Pecking Order, he writes ‘brain tumour’ on a post-it note and sticks it to his chair. The adhesive reminder is necessary because he sometimes forgets he still has the inoperable growth in his brain that doctors discovered in his skull 18 years ago.
He was initially only given four – six months to live, later revised to five years. Now when he reflects on it, he thinks, “Shit I’m still here – bonus.” 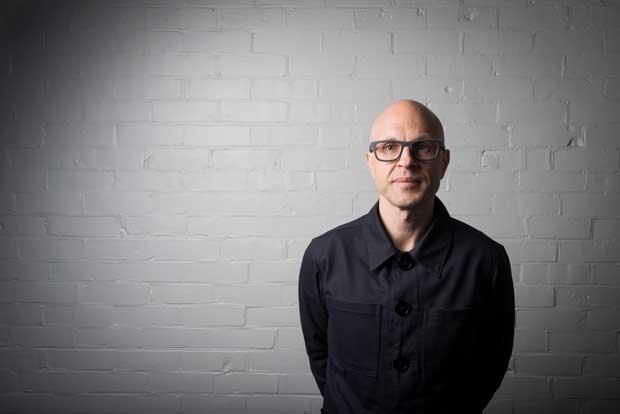 The diagnosis which rattled him at age 28 has given him a fearless approach to filmmaking. His two features are as disparate as they come. His first film, Propaganda, was a fake North Korean propaganda movie. It won the Founders Prize at the 2013 Traverse City Film Festival, but the film has had ongoing repercussions. It has seen him added to no-fly lists into the United States and blacklisted officially by the North Korean government.

His latest movie, Pecking Order, ruffles feathers in a different way. It follows the Christchurch Poultry, Bantam and Pigeon Club in the lead-up to the NZ National Poultry Show and documents its members overthrowing the club’s veteran president Doug Bain. Quite a departure from Propaganda, laughs Slavko but “a good story is a good story.”
Filmmaking often comes down to just being curious and talking to people about what they do he says.

More stories you might like:
Black Ferns Sevens star Michaela Blyde finds strength and resilience after an Olympic disappointment

How did you come up with the concept of Pecking Order?
I first heard about poultry shows in Australia. I saw some ladies selling high-end organic chicken feed at a market, and I asked them, ‘Who on earth buys that stuff?’ It turns out they had a very successful business she said and ‘of course all the breeders on the national show circuit buy it too.’ I looked at her and said, ‘Are you saying there’s a national show, like Best in Show for chickens?’ Then I discovered that not only was there was a show circuit in New Zealand, but the Christchurch club was about to celebrate its 150th anniversary. Brian Glassey in Pecking Order
How did you find the experience documenting the world of competitive poultry showing?
The first time I went to a club meeting, it was so foreign they might as well have been speaking Chinese. I thought a chicken was a chicken, but they were talking about all these different breeds. After making this, I now know a barred rock from silkie.

What goes on in a poultry show?
The national show is in the winter time when a bird reaches its peak condition, usually a year after it’s born. In winter a bird will be what they call ‘tight’ and perfectly feathered. There is a book of standards of what is desirable for each breed. In the lead-up to the national show, there will be winter shows. Some of the competitors hold back their top two birds from the winter shows, to catch people off guard at the national champs. It’s all rather like chess. 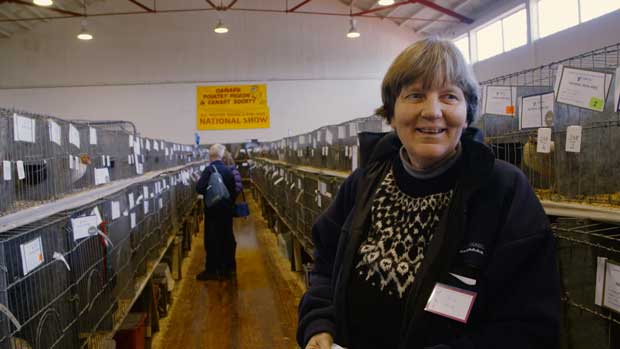 How did you ensure the film covered the subjects of the film tastefully?
Making fun of the poultry breeders would have been low-hanging fruit, and it actually would be unwatchable. I try to be extremely transparent and upfront about my filmmaking style. I have a rule that if people aren’t comfortable with some of our footage that’s fine they can re-do it, they just have to tell me on the day.

What did you learn about the poultry breeders making this film?
This film is about obsessions in a way – we’ve all got obsessions. These people are just obsessed with chickens. This film is also about our paradoxical relationships with animals. For some people, the birds they breed would never go to waste after the show is over – if you know what I mean. But it’s different for each person. Sarah, one of the girls in the film, would have a burial ceremony because each chicken is a member of the family. 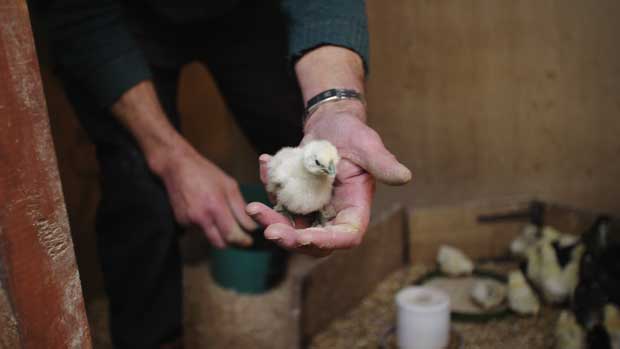 A chick bred for showing.

Pecking order is very different to your last film. How would you describe Propaganda?
It was a North Korean propaganda film that actual blows apart Western propaganda. We made it look like it was a North Korean film that had been leaked on the internet. Because of that, we are blacklisted by the Korean government and travelling to the US is not easy for me now.

In your Ted Talk, you talk about living with a brain tumour for the past 18 years and being told you had 4-6 months to live. How does that inform your life and your filmmaking?
It’s just sitting there, it’s very well-behaved tumour. I have five yearly scans, and at my appointment last year they said the tumour had been so well behaved for so long, it isn’t a concern. It sounds weird, but it’s actually good to have the experience truly believing that you are going to die. It was horrible at the time, but it’s good to be reminded of it because you can get caught up in thinking about little everyday things. But I can now go ‘shit I’m still here – bonus.’
I’m just writing down ‘brain tumour’ on a yellow post it just to remind myself.

More stories you might like:
10 ways to use herbs in your home: Make herbal face scrub, insect repellent, antibacterial soap, skin salve

If you had to give people one reason to see Pecking Order what would it be?
Regardless of whether you are into chickens or not, this has the potential to be a cult Kiwiana classic. The characters in this really make it shine. 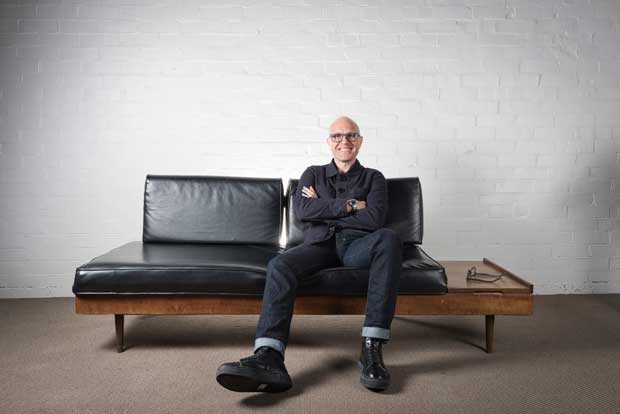 “Regardless of whether you are into chickens or not, this has the potential to be a cult Kiwiana classic,” says Slavko.