One of New Zealand’s iconic high-country stations, the 22,000-hectare Haldon Station in the Mackenzie Country, stars in a new book tracing its history, owners, managers and staff.

From a seat on the verandah of Haldon homestead, there is a breath-taking view across a limitless plain that leads to the spectacular Southern Alps, where the mighty Aoraki Mount Cook reigns supreme. It is a sight of dazzling grandeur.

Yet the current owners, Han and Jenny Klisser, who commissioned me to write the story of Haldon, first saw the station on a cold, bleak day in winter.

“Low cloud hovered like a protective blanket over its hidden beauty, but its strength, character and the land itself was beautiful on this grey day and spoke to us both so strongly that we made the immediate decision to buy it. Since that day 30 years ago, we have had no regrets about our decision.” 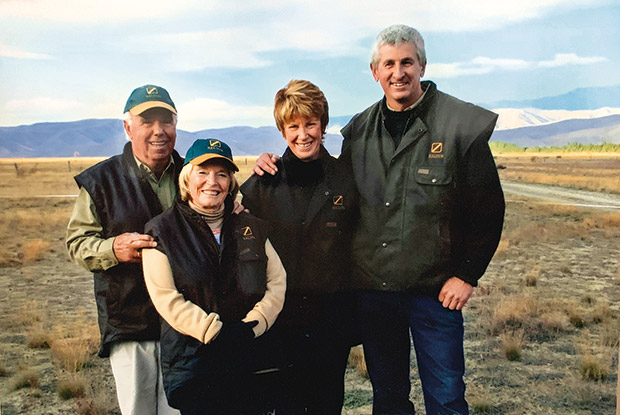 (From left): Han and Jenny Klisser with Barbara and Paddy Boyd.

In the foreword to my book, Haldon — Iconic Station of the Mackenzie, Han and Jenny said, “We are only caretakers of this land for a time… and it is up to us to pass it on in the best possible condition for future generations.

We have deep gratitude and respect for those who came before and painstakingly put the foundations in, for this has enabled us to build on them to create the Haldon of today. Every owner that has taken up Haldon, with their staff, has made an invaluable contribution.”

More stories you might like:
The science behind sleep disorders: Experts weigh in on how to beat insomnia for good

Tracing Haldon’s past from 1857 revealed an impressive history. My research took me to the first-hand accounts of many pioneers, including, to my delight, the original handwritten journals by the Teschemaker brothers (the first owners of Haldon).

The lively diaries of the subsequent young owners — Cuningham Smith, Dennistoun and Wallace — were also unearthed. At the same time, the stories of the Pringles and Prestons made a deep impression, as did the captivating, inspirational stories of the Innes family, with their multi-generational tenure, and the Klisser family. 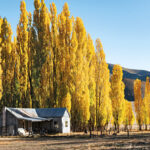 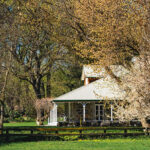 Sometimes, it felt as though the previous owners hovered at my shoulder, keeping me company on the journey of writing this book. They spoke through the words in their handwritten journals or the stories uncovered, nudging me in the right direction and laying bare the effort, endeavour, persistence, and passion it required to bring their dreams of an established station of excellence into being.

The history was also felt in the outlying huts, especially at Stony Creek and Back Hut. They are in the old woolshed and held within the stone ruins of the first homestead, obscured by bush now, but which still bear testimony to the enormous effort required to build it – stone by painstaking stone.

Today, the deep love these Haldon owners held for this land seems palpable here still and exists companionably with the 30-year tenure of Han and Jenny. Their stories are different, but they all tell of love, immense loss, inestimable courage, perseverance, and great endeavour that it has been my privilege to write.

Owners: Han and Jenny Klisser, who first introduced New Zealanders to Vogel’s bread from their bakery in Auckland’s Farmhouse Lane in 1967, purchased Haldon 30 years ago. 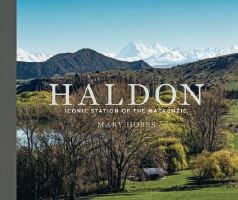 Extracted from Haldon — Iconic Station of the Mackenzie by Mary Hobbs ($69.99). Distributed by Bateman Books. Available at select bookstores and from haldon.station@xtra.co.nz