Farming through the summer: Beating facial eczema in sheep the old-fashioned way 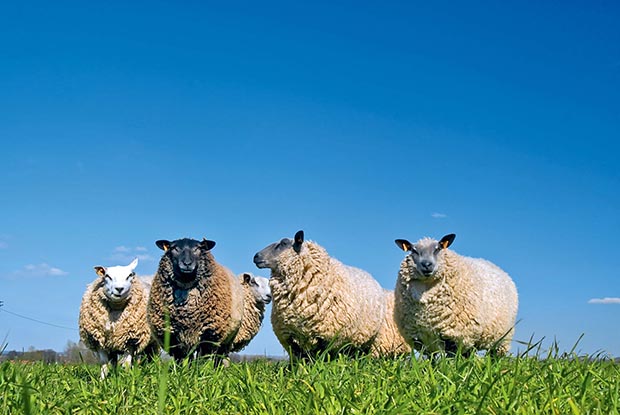 Focus Genetics chief executive Gavin Foulsham says they are testing more sheep than ever before to breed rams which are resistant to FE.

“We have been testing for facial eczema resistance for over 20 years and we are now seeing the benefit of continued selection, but we need to keep improving our genetics and keep on top of facial eczema, which is becoming more prevalent in many areas throughout the North Island.

“Facial eczema resistance is a highly heritable trait, so farmers can significantly manage the disease in their ewe flocks by selecting for facial eczema-tolerant rams.”

FE is a disease which animals pick up by ingesting fungal spores in the pasture. It attacks the liver and affects their metabolism, impacting on fertility, meat production, wool production, growth rates, and animal welfare. In a bad year, a farmer could lose a significant number of their ewes.

Focus Genetics scientist Geoff Nicoll says the company has tested its Romney rams extensively over the last 23 years and its Highlander rams over the last six years.

“We test mainly young rams as ram hoggets in autumn and we use the selected rams to sire the next generation. This ensures we are getting better genetic resistance. We test more rams than any breeder in the country which gives us high selection pressure.”

The intensive programme is paying off, with Focus Genetics recently rated as having the top five highest facial eczema-resistant rams in the country. Facial eczema is most prevalent in late summer and early autumn when the weather conditions are more humid. It’s of greatest concern in areas like Northland, the central and upper North Island, and the East Coast.

King Country farmer Roger Beck has been using facial eczema-resistant rams over his Romney ewe flock for 20 years and says he has never had a problem with the disease, even though it’s highly prevalent in the Taumarunui area where he farms.

“Facial eczema-tolerant rams have always been a priority for us and now we have a flock which is resistant to facial eczema. It’s a disease which limits production significantly, so if you can do something about it, you should.”

“This combination works really well because we can get the high fertility and facial eczema resistance through the Romney, and then we get the high yield and high growth rates from the Primera too.”

He generally docks about 155 percent each year.

“It’s all very well to have facial eczema-resistant sheep but you never want to do anything at the expense of production. We are getting great results in all areas and maintaining strong production.”

Romney breeder Ken Burt says facial eczema has always been a prime driver on his stud.

“We need to be so much more conscious these days because there are facial eczema hot spots all over the country. If sheep are susceptible to facial eczema they won’t perform, so we have a very advanced programme which works well.”

Ken says he sells over 1000 FE-resistant rams each year and they are becoming increasingly popular as farmers try to combat the disease.

“We have made a significant difference. Our Romney rams are now six times more resistant to facial eczema than they were 20 years ago.

“The more farmers can be educated about this the better. Facial eczema is a terrible disease that will keep raising its ugly head if we don’t keep raising the bar.”