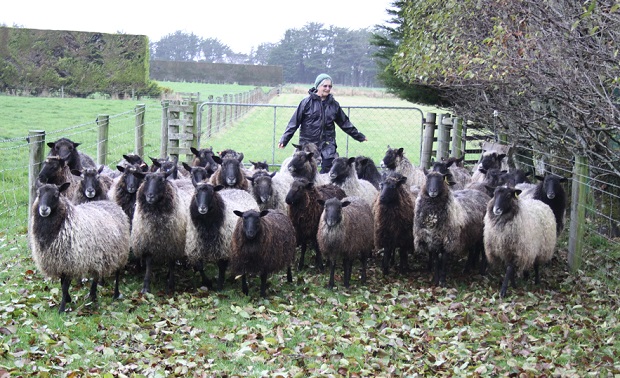 There’s a common theme running through the Southland block of Margaret Cockeram.

A quick wander around Margaret Cockeram’s 6.9ha (17 acre) block and it’s obvious she has a penchant for fluffy black animals, with a collection of distinctive looking Gotland Pelt sheep and the teddy bear-like Huacaya alpaca.

Amongst the 50-odd animals there are just a couple of outsiders – one grey and one white alpaca – but everything else boasts a shiny black coat. Further evidence of this is in the neatly stacked piles of alpaca and Gotland fleeces in Margaret’s storage shed that range from shimmering silvery grey to jet black.

When Margaret and her husband Mike purchased their first Gotland Pelts in the late 1990s, it was because they were such an unusual breed and Margaret liked their black faces and dark wool. At the time the couple were running a thriving floriculture business, growing gentian and lilacs on 2ha of their lifestyle block. The sheep were added to eat the pasture down and for “a bit of a hobby,” says Margaret. The fact the fleece is particularly suited to spinning and weaving was another drawcard and Margaret joined a couple of local groups with a keen interest in spinning. When Mike passed away, the floriculture business was wound down to just a few square metres of lilac, and an ever-changing collection of highly scented flowers and herbs, from which Margaret makes delightful posies. She now runs the property single-handedly, which she admits is under-stocked with 24 sheep and 34 alpacas.

However an advantage of being under-stocked is that she has plenty of paddocks to close up for hay to keep her animals well fed through the harsh winter weather.

“The beauty of the alpaca is the fact they are so easy to handle and so low maintenance. The Gotland’s are a bit wilder than the alpaca but wonderfully self sufficient, so between them both they work.”

The former school teacher is pushed to keep on top of her block and now in her 70s admits that when she feels like a cup of tea, she wanders inside and has one.

“If I overwork too much during the day I feel pretty rotten the next day so I just do as much as I can each day.”

Once inside her 1866 homestead she is surrounded by her artistic endeavours, amongst them an impressive collection of hand-knitted garments and creations from her spinning wheel, weaving and crochet.

“It keeps me busy in the evenings and it’s very satisfying working with fibre from my own animals. I only use the occasional fleece though and the rest is sold or given to friends.”

Her deliciously warm alpaca and Gotland goodies are sought after by friends and at local markets, and in a howling frigid wind she is protected from the elements in her own hand-knitted wool vests, scarf and hat.

Margaret prefers a blend of alpaca and Gotland for spinning, saying she gets a faster spin from the mix.
“Straight alpaca fibre is quite slippery to work with, it’s a bit like spinning silk.”

While wool stores don’t traditionally like black wool, there’s demand for the Gotland wool from spinners and weavers. It is also used for felting.

“It’s nice to handle, has a good crimp and takes dye very well. It has a shine almost like mohair.”

When Margaret first started off her Gotland flock with eight sheep, it didn’t take her long to realise that they were not the quietest breed she could have chosen.

“They’re a bit flighty and can jump pretty much any fence on the property if they put their mind to it! However the plus side is how self sufficient and hardy they are. They have no problems lambing and usually have twins, although we’ve had a few sets of triplets as well. One year we had five sets of triplets – that was a quick way to increase the herd.

“I pretty much leave them to themselves other than when they need to be shorn or have their feet trimmed etc.”

“They are actually very good to eat, with quite a fine grained meat.”

Lambing is her favourite time of year.

“The lambs are quite comical looking because of their little pencil legs,” she laughs. “They look a little crazy with their fluffy bodies and tiny legs. I get great pleasure from watching them.”

Why Gotlands are a rare breed
The Gotland Pelt is a distinctive looking breed of sheep, of medium size with fine-boned legs and a shaggy fleece. With no hair on their black legs or face, they appear to have very spindly legs for their frame.

The fleece is prized in the United States by hand-spinners. It is fine, long, lustrous and dense and can be all shades of grey from silver to charcoal to almost black. They have a clearly defined even curl (purl) and staple that is soft to the touch. The fleece is typically 29-34 micrometres in diameter. Lamb’s wool can be in the low-to-mid 20s micrometre range. In Europe they are most desired for their pelts. 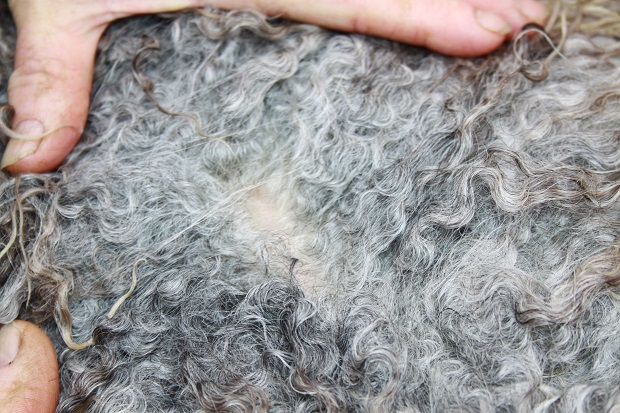 The Gotland Pelt first arrived in New Zealand in the 1980s and was released from quarantine in 1990.
The breed originated on the large Baltic island of Gotland which comes under Swedish rule. It is kept almost entirely for its fleece which is extremely soft, silvery-grey, and curly, although the face and legs are black. The Gotland is very hardy and has good fertility. The lambs are born jet black and were originally slaughtered for their skins when only a few months old, hence the name, Gotland Pelt.