From forbidden fruit to superfood: South Canterbury couple give blackcurrants a makeover In South Canterbury, Tony and Afsaneh Howey are building the reputation of a remarkable but oft-overlooked berry.

Put the words “superfood” and “berry” together and what instantly comes to mind? Blueberry, probably. Or perhaps the exotic açai or goji are more seductive? But blackcurrants? The tart little fruit New Zealanders tend to associate with grandma-style cooking like blackcurrant jam, English classics such as summer pudding, or Barker’s cordial and Ribena? Not so likely.

Tony and Afsaneh Howey are changing that. Not that there’s anything wrong with the slightly old-fashioned image of blackcurrants — everything heritage is in vogue, of course — but it’s the little-known but impressive health benefits of the fruit they want to highlight.

“Blueberries and açai berries get a lot of publicity, but only the older generation tends to know about blackcurrants,” says Afsaneh, who runs organic blackcurrant business Viberi with her husband Tony.

“They have twice the levels of antioxidants of blueberries and five times the vitamin C of oranges.” 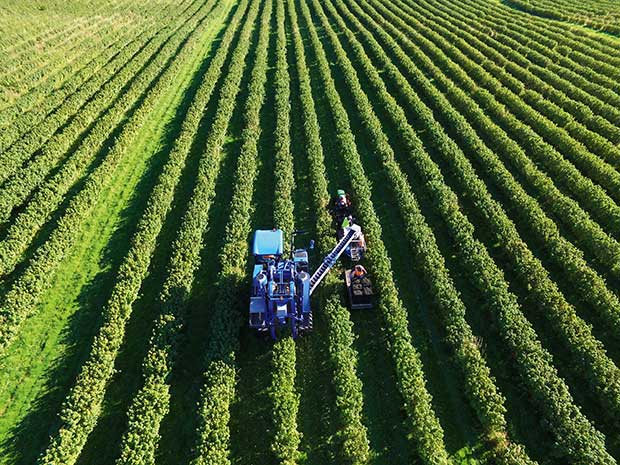 The Howeys bought their South Canterbury blackcurrant orchard in 2012, having grown vegetables, grain and seed through their company Alpine Fresh for 35 years. Tony, whose family has been farming in the region for generations, met Afsaneh when he was working as an agricultural development officer with Māori Affairs. Afsaneh, who is Persian and of the Bahá’í faith, left Iran in 1977 to study in the Philippines.

While she was abroad, there was a revolution, Iran became an Islamic republic, and she couldn’t return for fear of persecution. She came to New Zealand as a refugee in the early 1980s and met Tony, who shares her faith, at a Bahá’í summer school.

They married, moved to a farm and began building their business while Afsaneh worked as an international student director at a local high school.  At “grower days”, the couple noticed a buzz building around blackcurrants. Realizing South Canterbury provides ideal growing conditions for blackcurrants, they took the plunge and bought the orchard near Pleasant Point, halfway between Timaru and Geraldine. “We heard how blackcurrants are a superfood with many benefits, and we thought they needed to be grown organically and while looking after the environment,” says Afsaneh.

Tony and Afsaneh converted the farm to organics bit by bit, a slow and challenging process, but the entire production is now fully certified organic. They’ve also created wetlands and planted native plants to attract a greater diversity of birds and insects.

Organic control of the weeds is the biggest challenge. Grazing with sheep is a help, but when the berries are out, the sheep will eat them. The duo are working out how to stop the sheep eating the blackcurrants so they can be grazed year round, not just in winter. But they wouldn’t have it any other way. “Our brand is about New Zealand pure superfood, and organic is so important for that — it guarantees that authenticity of having no residues.”

Being organic brings other benefits too. “In an organic situation you don’t have as many problems as you would in a non-organic situation,” says Tony, “because you encourage beneficial insects like ladybirds that actually help control aphids and other insects.” 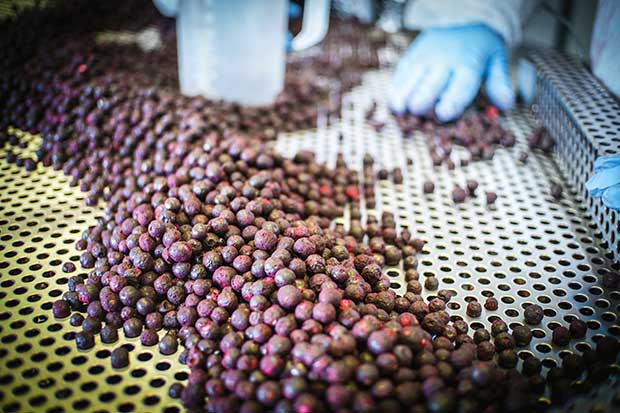 As the only significant commercial grower of organic blackcurrants in New Zealand, Viberi is also in demand with companies that make other products using its blackcurrants — including Ceres Organics, Phoenix Organic Drinks and Pure Delish muesli. Until recently, New Zealand was among the world’s biggest producers of blackcurrants, but late last year Frucor Suntory, which makes Ribena, declined to renew its contracts with growers here.

“They used to take more than half the New Zealand crop, so that’s a big problem for the industry. Quite a few growers have pulled out their crops,” says Tony. He’s confident the industry will bounce back and predicts the future might become more health-focused, as further evidence of the benefits of blackcurrants emerges and the emphasis is no longer the sugar-laden drink. 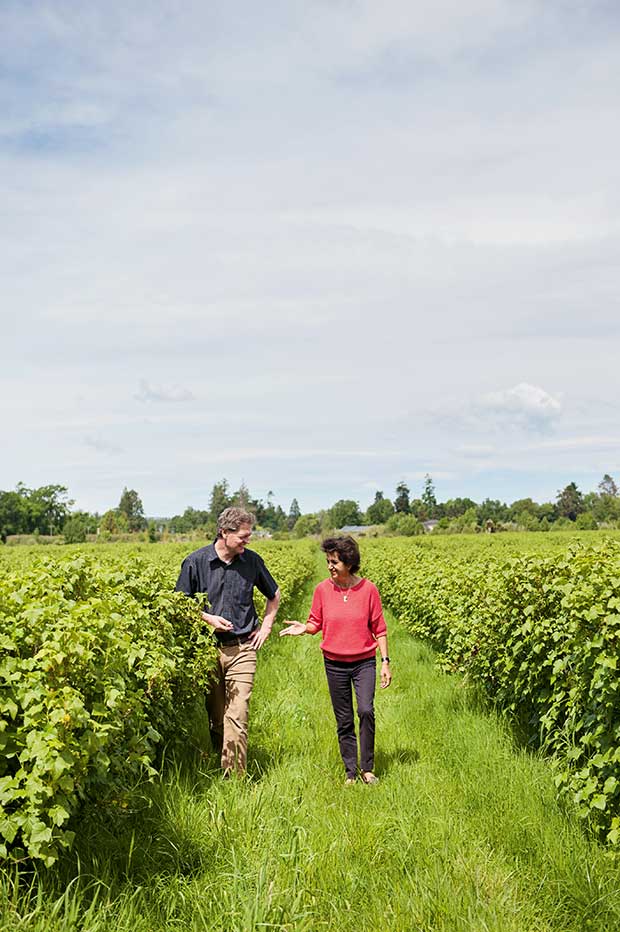 But a lack of product awareness is an obstacle. “Blackcurrants are misunderstood around the world.” A big part of this lack of knowledge is that until recently, growing blackcurrants was illegal in the United States. In the early 1900s, it was discovered that blackcurrants had the potential to spread a fungus that would be catastrophic for the timber industry. The ban stayed in place for the entire century, giving blackcurrants their American nickname, “the forbidden fruit”, and it’s only in recent years that some states have overturned the ban and blackcurrants are slowly making a comeback. “All the other berry products — cranberries, blueberries, açai — have come up through American companies spending millions on promotion,” says Tony. “Blackcurrants haven’t had that, so they’re not so known.”

While New Zealand is the company’s primary focus, Viberi exports small quantities to Asia, as well as Germany, the UK, Australia and South Africa, and sells direct through its website around the world.

“We could have taken shortcuts — using sugar instead of infusing the blackcurrants with organic apple juice, for example — which would’ve been cheaper. But we didn’t,” says Afsaneh. “We use high-quality ingredients. People who know our products know there’s a big difference.”

This puts Viberi products on the pricey  side, with the chocolate-covered range retailing at $10.95 for a 90-gramme packet, but Tony says the company is continually working on increasing efficiency. “The aim is to supply consumers with a better price if we can. We’re conscious of making healthy eating available to everyone.”